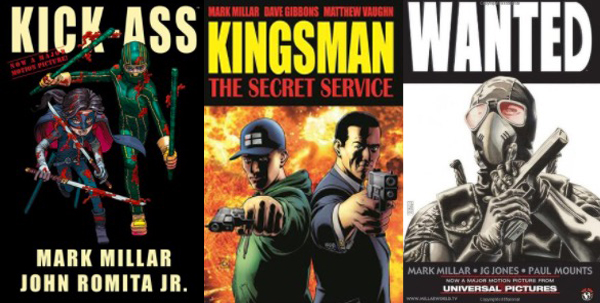 Netflix has been enjoying the success of comic book adaptations lately with their own corner of the Marvel Cinematic Universe, and now the company is making its ties to the comic book world even deeper. The streaming TV giant just acquired its very own comic book company with its purchase of Millarworld.

The comic book company is run by Lucy and Mark Millar, the latter of whom you may know as the writer of Marvel’s Old Man Logan and Civil War—which Netflix is happy to point out have both recently served as inspiration for successful movies—as well as Kick-Ass, Kingsman, and Wanted. Though all those have already seen adaptations, there’s plenty more material for Netflix to mine at Millarworld, which they plan to do as Netflix continues to bolster its original content, along with creating brand new properties.

Millar’s understandably thrilled with the deal, saying, “This is only the third time in history a major comic book company has been purchased at this level. I’m so in love with what Netflix is doing and excited by their plans. Netflix is the future and Millarworld couldn’t have a better home.” Under the acquisition, Netflix is planning to leverage the Millarworld comics into “films, series and kids’ shows,” as well as fostering the continued creation of original comics.

It’s pretty much good news all around and inspires fairly high hopes to see what can come out of this partnership. The world of sprawling multimedia franchises just got even more competitive.