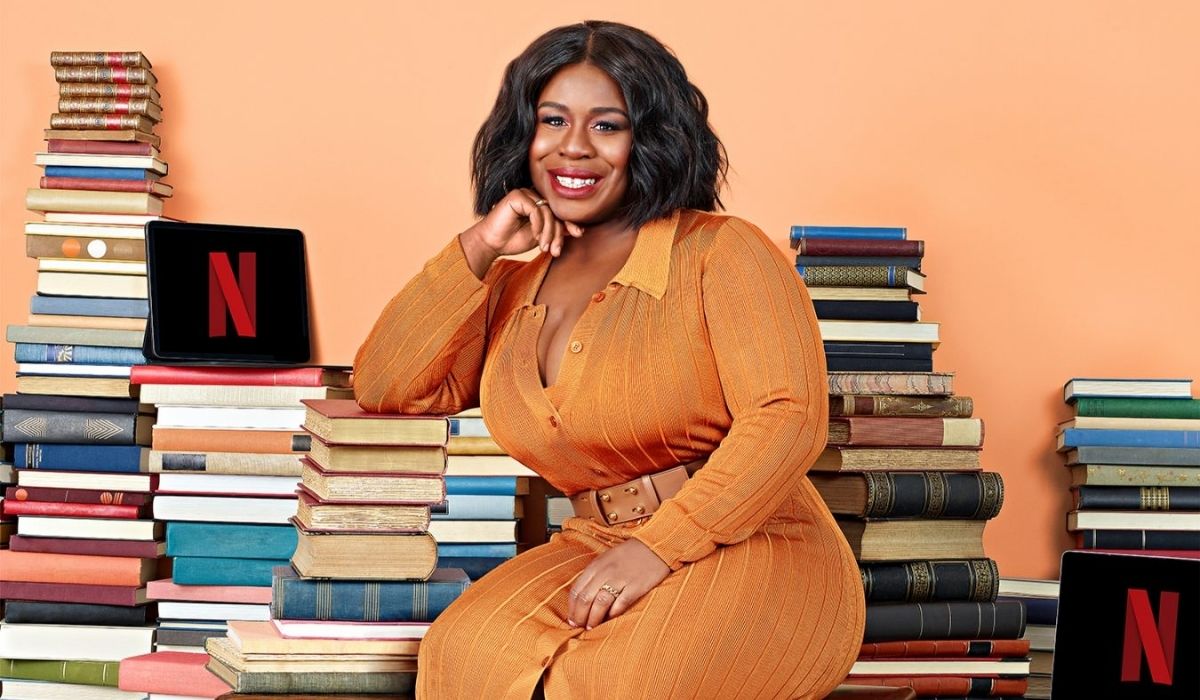 Almost two weeks ago, Netflix announced a new series hosted by Orange Is the New Black star Uzo Aduba entitled But Have You Read the Book? Each episode will look at a book adaption on Netflix and discuss how it was brought to the screen with the cast and crew. As part of the streamer’s growing book content, this show will be housed and marketed as a part of their newly launched Netflix Book Club.

On November 16 (less than a week after the movie’s November 10 release!), the first episode will feature Uzo sitting down with director Rebecca Hall, actress Ruth Negga, and actor André Holland to discuss Passing—a work you totally should read, by the way, and take this as a reminder to pick it up because Nella Larson’s 1929 novel is only about 100 pages. Passing tells the story of two white-passing Black women in 1920 New York—one who lives life as a Black woman and one who does not.

While I’m hoping they (Uzo and her team at Netflix) mostly go with hidden gems adapted at long-last or lesser-known titles, I know whenever the next season of Bridgerton comes out, they will do an episode on the book it’s based on. Otherwise, that is an opportunity lost for the second-most popular show in Netflix’s history (second to Squid Game). Because the author (Julia Quinn) is still writing, as long as her relationship and Netflix remains positive, we might expect to see Quinn for season two’s adaption of The Viscount Who Loved Me: Bridgerton.

The service features an added genre page full of Netflix adaptions and two popular non-Netflix adaptations—2009’s Lovely Bones and the first few seasons of Outlander (a Starz show). If you’re particularly savvy with your Netflix browsing, the genre code for book club picks is 81511805. The service’s nearly 4,000 codes allow you to be very specific about what you want to watch on the platform and are linked up to their tagging system. There are over a hundred tags just with the word “book” in the tag.

As a curated collection, this list won’t have every adaption on Netflix, but some of the more recent titles it wishes to promote. Titles include shows like Orange Is the New Black, You, and Bridgerton; movies like Nappily Ever After, To All the Boys I’ve Loved Before, and Birdbox; and limited series like Unorthodox, The Queen’s Gambit, and Maid. Stephanie Land’s Maid: Hard Work, Low Pay, and a Mother’s Will to Survive came back on the New York Times bestsellers list after the series was released. 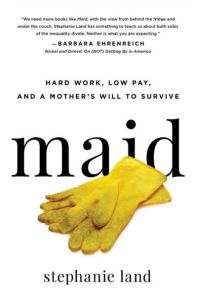 While there are more than enough book adaptions currently and coming down the pipeline, I would love to see this extended into more genres like science fiction and fantasy. All the text on the Netflix website points to “stories that bring the heat, the diversity, the romance, the drama, and the learnings.” It feels like Netflix is aiming at particular genres when there’s so much more ground they could cover. I love the concept, but if the first choice weren’t Passing and hosted by Aduba, I wouldn’t be that interested.

In addition to a Netflix promotional image as a book’s cover (typical to most “soon to be adapted” mass paperbacks), there appears to be a new sticker for book club picks, as well. This sticker just reads “Netflix Book Club.” So, here’s hoping that we won’t start to see a combination of two Netflix stickers ever.

This isn’t a Netflix issue alone, but I wish book club stickers were removable instead of printed on the cover like awards. Really poppin’ books that receive prestigious awards and are a part of book clubs get very crowded, and it takes away from the design. Though, I must say this new sticker is smaller, so that is a plus for me.

What appears to be a new sticker aside, this is very exciting. This gives another accessible avenue for readers. Before this, they would post interviews with people related to the cast/crew and authors together across the web (typically Facebook or YouTube). Everything is centralized to one easy place on a platform that many have already paid for and has a fabulous, talented moderator.