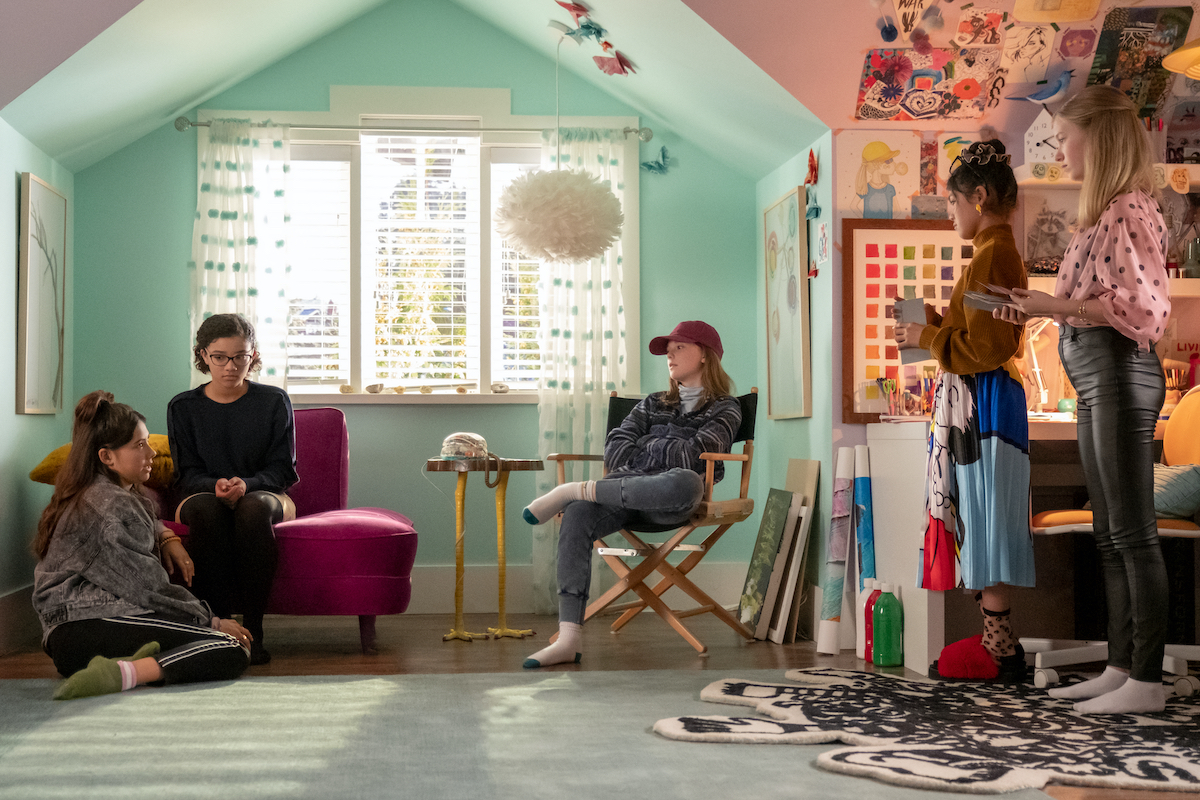 The first full trailer for Netflix’s Baby-Sitters Club adaptation is finally here and the series looks totally delightful. The trailer is a straightforward introduction to the characters and basic plot and it’s very clear that the show is geared towards a young audience, just like the books. Yet at the same time, the trailer offers up a heavy dose of nostalgia for those of us who see this as a revisiting of old friends.

The series looks to strike a pretty timeless tone. Thanks to the comeback of 90s staples like overalls and the ability to purchase funky light-up landline phones off of Etsy, much of the trailer could easily pass for the original era. The casting of Alicia Silverstone as club founder Kristy’s mom also feels like a major 90s nod, while the majorly diversified cast is a wonderful and definitely necessary modern update.

The Baby-Sitters Club hits Netflix July 3rd. What do you all think of the trailer? Let us know in the comments!