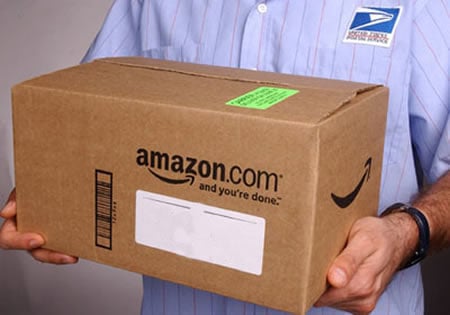 The United States Postal Service, like just about everyone, is seeing some hard times. Among the proposals being considered to help get out of debt is the discontinuing of all Saturday mail service by the USPS. According to AOL News, the cut of Saturday mail delivery could save around $3.1 billion dollars per year. The USPS would lose $230 billion over the next decade if things continue as they are. Increased use of the internet for bill-paying and other transactions and communications are largely to blame for the deficit.

Hallmark and CVS have both come out against the proposal to discontinue the service. But perhaps its most adamant opposition is Amazon, which insists that Saturday delivery is a vital part of the service they offer and something that people have come to expect from the epic marketplace.

According to TechFlash, Amazon has even warned (threatened) that it would change one sixth of its delivery over to alternative carriers if Saturday service is discontinued. Here are a couple excerpts from Amazon Vice President for Global Public Policy Paul Misener’s statement to a Senate subcommittee:

As I mentioned before, Amazon’s customers have come to appreciate and expect Saturday delivery. While they may be willing to wait until Monday or Tuesday for a bill they don’t really want; an advertisement they didn’t ask for; or a magazine to which they subscribed long ago; they expect the items they purchased this week to be delivered as soon as possible.

Ceasing Saturday street delivery service would be much worse for our rural customers, who simply would not be able to receive parcels on Saturday because there are no delivery alternatives to the USPS.

It’s an interesting tactic to basically insult the mail service and call them the bearers of bad news. As untactful as that may be, the point about rural customers is a fair one. The question just remains how vital is it that packages be received on Saturdays at all.

But not all the big USPS customers are opposed to the plan. Netflix has come out supporting the proposal, invoking the argument of quality over quantity. According to BusinessWeek, Netflix is following the example of more than 20 major U.S. magazines including People and Sports Illustrated.

It seems like all these companies are just taking the position that they assume their customers want. Maybe we should just ask the customers.

(Via Business Week and TechFlash via Slashdot)