Netflix, Snicket To Re-Adapt A Series Of Unfortunate Events | The Mary Sue

What A Bad Beginning: Netflix And Lemony Snicket To Re-Adapt A Series Of Unfortunate Events 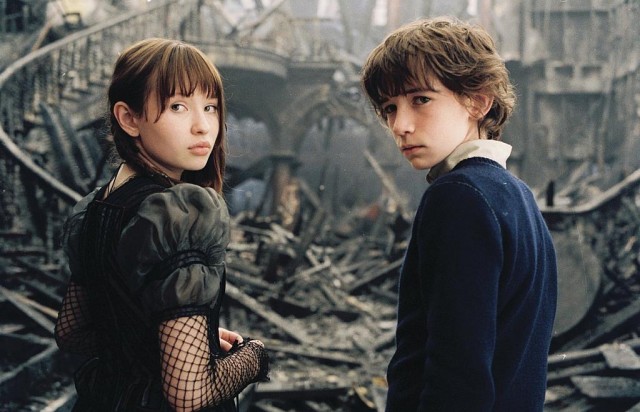 What depressing, repugnant, excellent news: Netflix and author Daniel Handler (aka Lemony Snicket) are uniting to re-adapt the beloved children’s series A Series of Unfortunate Events.

For anyone not familiar with Snicket’s hilariously tragic series (which would probably mean you’re considerably younger than me, which would mean…shhhhhh) the 13 Unfortunate Events books tell the tale of Violet, Klaus, and Sunny Baudelaire, a trio of intelligent children attempting to solve the mystery behind their parents’ death and stay out of the clutches of the evil Count Olaf. The first three books in the series were adapted for the 2004 film Lemony Snicket’s A Series Of Unfortunate Events, starring Jim Carrey as Count Olaf.

According to The Hollywood Reporter, Paramount will produce this new (and hopefully far more comprehensive!) adaptation. Snicket will serve as executive producer. Says Cindy Holland, VP of original content for Netflix:

On the search for fantastic material that appeals to both parents and kids, the first stop for generations of readers is A Series of Unfortunate Events. We are proud to start work on a series for a global audience that already loves the books […] The world created by Lemony Snicket is unique, darkly funny, and relatable. We can’t wait to bring it to life for Netflix members.

“I can’t believe it,” Snicket said, from an undisclosed location. “After years of providing top-quality entertainment on demand, Netflix is risking its reputation and its success by associating itself with my dismaying and upsetting books.”

How atrocious. How vile. I’m so excited. Is it too soon to start fancasting?