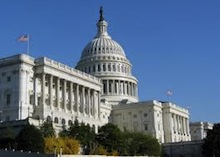 Before Tuesday’s midterm elections, 95 House and Senate candidates took a pledge called the Net Neutrality Protector’s Pledge [website], which consisted of a promise to stand “against any attempt by big corporations to control the Internet and eliminate the Internet’s level playing field … to protect Net Neutrality for the entire Internet – wired and wireless — and make sure big corporations aren’t allowed to take control of free speech online.”

All 95 of those candidates lost on Tuesday. All 95. To say the least, this is not very encouraging news for net neutrality.

The widespread Democratic losses made an already uphill battle even tougher. More than a dozen incumbent congressmen who had voted for a similar Net neutrality bill in 2006 were voted out of office on Tuesday, most notably Rep. Rick Boucher, D-Va., a 28-year House veteran.

Now, experts say the FCC needs to regroup and weigh its options.

“Obviously, the election results mean the FCC has to go about it alone or work out some sort of deal,” said Ron Gruia, principal consultant at Frost & Sullivan. “That’s not an easy balancing act. With change in the composition of House, the momentum for legislative change and the likelihood of changing broadband to Title II is gone.”

A few caveats: First, all 95 of the candidates who made the pledge were Democrats, many from districts that gave them virtually no hope of winning. To single out one random example, Greg Rabbidoux, the Democratic candidate in Tennessee’s 7th District, lost his House election 26%-72%; his pledge and the pledge of candidates like him was in effect more symbolic than legislatively significant. More broadly, Democrats got clobbered in the midterms, so this is hardly a referendum on net neutrality qua net neutrality.

But it’s not good news for net neutrality either. The fact that the 95 pledge-taking candidates got swept may not even be as bad news as the tidbit conveyed in the CNN Money passage above: That over a dozen veteran congressmen who had previously voted for net neutrality had been cast out. Of course, some pro-net neutrality politicians are still in power: Al Franken, among the most high-profile, recently said that it’s “the First Amendment issue of our time.” But their numbers are fewer. There are two long years until the next Congressional election, years during which these long-simmering issues may come to a head as the mobile Internet booms. It’s premature to call net neutrality dead, but its defenders are ironically more likely to be private corporations like Google than Congress, and that means serious compromise.