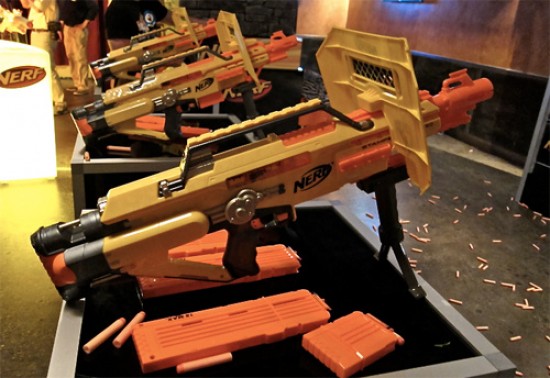 Give Hasbro some credit for knowing their audience: On Friday, they unveiled the Nerf Stampede, the first fully automatic clip-fed Nerf blaster,* and the community of adult males who are paid to write about such things received it with pure childish glee. In what form of friendly horseplay do you need to unload a clip of 18 darts — the biggest Nerf clip capacity yet — on someone? Unclear, but does it matter? 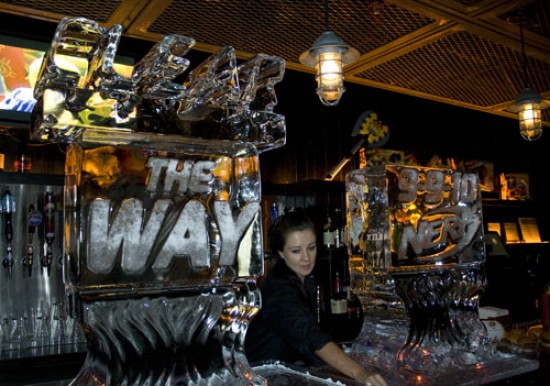 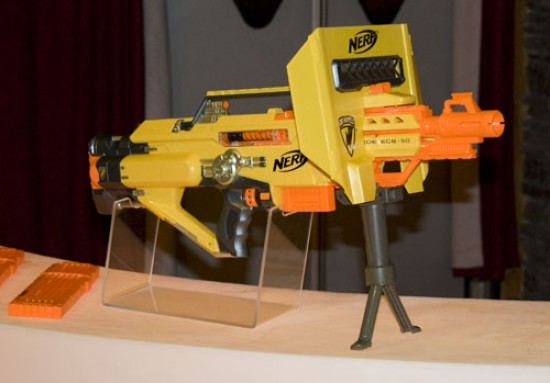 The Nerf Stampede will be forcibly bursting into major toy retailers and HasbroToyShop.com beginning September 9, 2010.

(via Aggrogate + Gizmodo via Ian Brooks via BuzzFeed)