This Is Why You Don’t Have a Girlfriend: The Story of a Nerdy Lady Dating Online 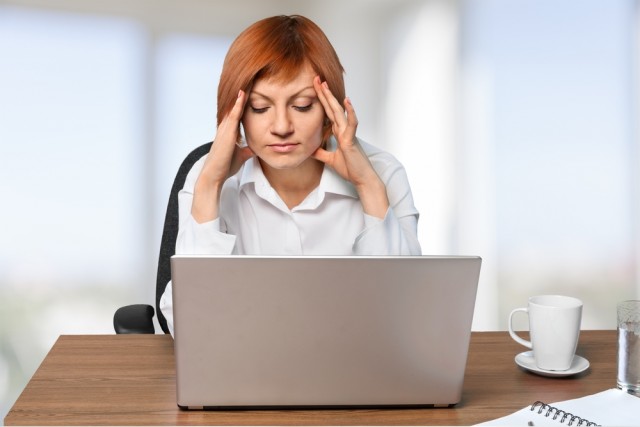 When I first tried online dating, I was 25, and I’d just moved to L.A. I had no established friend group and no idea how to meet people outside of work or my frat-house style living situation. L.A. was living up to its “hell for single people” reputation, so I thought I’d give one of the (free) sites a go and see what happened.

I did what everyone does; I obsessed over my profile picture’s lighting, shading, eye shape, amount of teeth showing, etc. I crafted a cutesy “About Me” section proving I was witty, worthy, and laid back enough to want to date. More importantly, I emphasized the true but more “normal”/non-geeky parts of my personality.

No one told me to do this; I just did it. Looking back, I realized softening certain aspects of myself was something I did it on nearly every date I’d ever been on in my ’20s, whether I met the guy on or offline. I was open about how much I liked to talk about politics but kept my ability to quote entire episodes of Firefly hidden. I listed classic literature in my favorite books, but definitely didn’t mention Star Wars or the fact that I could talk ad nauseum about Mara Jade and the Expanded Universe.

Predictably, nothing much came of it back then, and after a few weeks, I happily started ignoring the existence of my online profile. Five years went by, as did a few short relationships and an even shorter stint on Tindr. Suddenly, I was once again at an impasse dating-wise, and … you can see where this is going.

The biggest change that happened right around the time I turned 30 is I stopped caring what other people think of me or my nerdiness, so when I filled out those daunting online profiles for a second time, I made a conscious decision to put my true self out there. I answered all the stupid quiz questions as honestly as possible, picked pictures that showed off my array of weird facial expressions and possession of a Disneyland Annual Pass, and was honest about the things I like. Basically, I sent up the nerd flag.

And then the hits started coming.

“If you’re such a Star Wars fan, tell me what is the first line in A New Hope?”

“You’re a Neil Gaiman fan, but just to check, answer these riddles three.”

There it is. There is the exact reason why I unconsciously hid this side of myself when I was younger.

Being quizzed on something that I’ve already told you I love, however, does not endear you to me no matter how many winky emoticons you include. It’s insulting and will always merit an automatic delete. If you are the type of person whose first instinct is to test me on my nerdiness, I am not the nerd you’re looking for.

Here is my message back: This is why you don’t have a girlfriend.

I’m not kicking you while you’re down; I mean this as genuine advice. I, too, am looking for someone who loves nerdy things. It’s not the only thing I’m looking for, but an ability to at least be open-minded about different genres of media is a definite must. Essentially, I am probably exactly the type of girl you say you want, but you will never get me with an attitude like that.

It is possible that in middle school, high school, college, and adult life, the way others viewed you was defined by what they saw: a nerd. I’m sure it was hurtful and made you feel like less than you were. No one deserves that, but the reason I understand is because I was also that kid. In middle school, I was the chubby girl with glasses and braces who ate her hair in the back of the class. I grew out of some of those things (eat your heart out Thomas Jefferson Middle School classmates), but that girl sticks with me and colors my worldview.

The Internet, as terrifying a cesspool as it can be, was something of a hidden—if still problematic—safe space for female nerds for a little while. We didn’t feel welcome in typical geeky spaces, so we took to the web where you could be anonymous and hide behind a gender-neutral handle. When you’re a lady nerd and you proclaim your love of something geeky, any views in disagreement with canon are seen as a product of your tits. When you’re a man and you dislike something in a fandom universe, you’re seen as an intellectual who simply wants better from the thing you love.

So, we women burrowed into fandoms electronically, confident in our undisclosed identities to protect us from judgment. Then came Facebook and Twitter, and the Internet became “social” in a brand new way. The beauty of it is how many of us could finally step into the light, shake hands, and commiserate about our views and experiences. The negative was that certain types of men were there, too, ready to quiz, question, and make us feel bad for loving what we love.

I have met quite a few lovely guys who identify as geeks, dweebs, nerds, or fanboys, and who have conversed with me as a person first and foremost. All I’m asking is that you think about the message you’re sending when you approach a woman whether for romantic reasons or for friendship. By questioning the very thing that might have attracted you to her, you ruin any chance of finding out if she might be interested in you the human being and not just you the nerd.

One more thing to mull over: I am a dedicated fangirl through and through, but even if a casual Star Wars fan included the movies under her faves, she might have done that because she likes nerdy guys. You might be depriving yourself of a fun, vivacious, kind person who is looking for someone just like you simply because she didn’t know the answer to your silly quiz. You’re only hurting yourself in this scenario. I already deleted your message.

(featured image via billionphotos.com on Shutterstock)

Rachel Crouch (@racrouch) works in film by day and writes by night/while she’s on the phone/on her lunch hour. Nothing makes her happier than breaking down gender in media, Star Wars, and doing Madeline Kahn impressions. She is currently a contributor over at Everygeek.net and was once a Babe in the Woods.