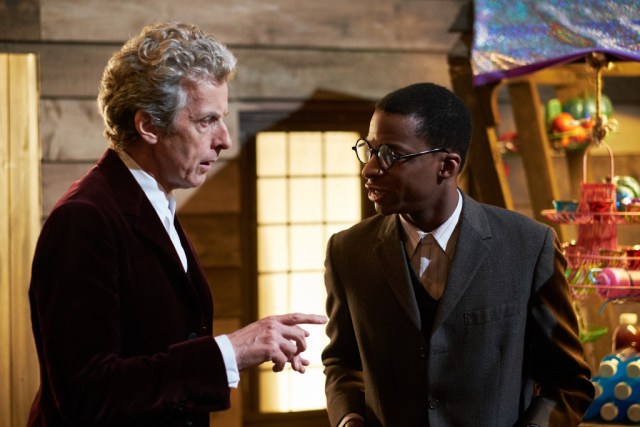 Our friends at Nerdist are premiering a new fan discussion show tonight that should make all you Whovians out there very happy!

The show is called The Doctor Who Companion, and it’s a fan discussion show similar to Chris Hardwick’s The Talking Dead. The hosts, Michele Morrow and Matt Acevedo, will recap the evening’s episode of Doctor Who, have special guests, and talk with fans live. The Doctor Who Companion will be live-streamed on Nerdist’s YouTube Channel at 10:15 PM ET. And if you’re like me, and don’t live in Eastern Time, don’t fret. The episodes will be archived on the channel to be enjoyed no matter when you’ve seen the latest Doctor Who.

In addition to the fan squeeing we’d expect, Nerdist’s Kyle Anderson will be on hand to look at the hidden gems you may have missed in a segment called Easter Eggs Benedict, and tonight’s special guest is everyone’s favorite tiny Whovian, eight-year-old Lindalee Rose, who’s been talking Who online and interviewing Doctor Who stars almost as soon as she could walk!

Doctor Who airs tonight on BBC America at 9:00 PM ET.