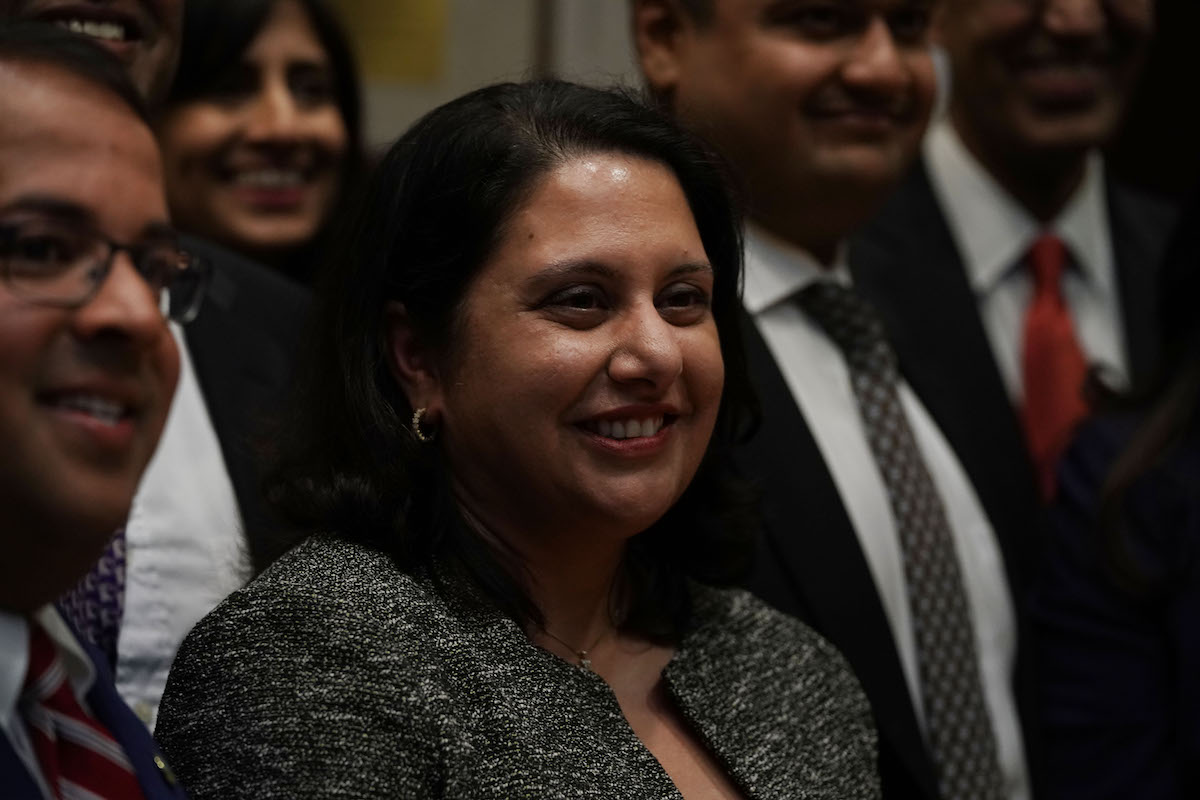 Neomi Rao is a name you’re likely to hear a lot in the foreseeable future. She’s Donald Trump’s nominee to replace Brett Kavanaugh on the D.C. Circuit Court of Appeals and she’s reportedly on Trump’s Supreme Court shortlist, in the event that he is able to appoint yet another SCOTUS justice. (Reminder to send all possible good thoughts and protection spells to Ruth Bader Ginsburg.)  She also appears to be absolutely terrible.

I’m sure we all wrote papers while we were in school that we’d be embarrassed to dig up decades later but Rao’s work at the Yale Free Press, as well as articles in the conservative Washington Times and Weekly Standard, are next-level terrible.

Rao also had some truly despicable things to say about date rape and sexual assault, which of course feel all too relevant, given her connection to Brett Kavanaugh, who was able to vacate the seat Rao has been nominated to fill after he was confirmed to the Supreme Court despite credible accusations of committing sexual assault in high school and college.

Rao wrote an article commenting on a case of a female student who accused a frat member of rape after she was allegedly deliberately overserved more alcohol than she asked for. She returned to the man’s room willingly but claims she was unable to give consent. Rao goes full victim-blaming in her response.

“I’ve been to a lot of fraternity parties on this campus. It has always seemed self evident to me that even if I drank a lot, I would still be responsible for my actions. A man who rapes a drunk girl should be prosecuted. At the same time, a good way to avoid a potential date rape is to stay reasonably sober. And if she drinks to the point where she can no longer choose, well, getting to that point was part of her choice. Implying that a drunk woman has no control of her actions, but that a drunk man does strips women of all moral responsibility.”

Again, these articles are all more than two decades old. But Rao has given no indication that any of these views have changed over the years. In fact, as Mother Jones reports,

While her college work may be the musings of a young person, Rao has been remarkably consistent in her political views since her Yale days. Her writings hinted at the lawyer she would become, especially in her current post at OIRA, an office known under Trump as the place where health, safety, and environmental regulations go to die. Rao’s views on the environment and regulation are particularly relevant to the job she’s been nominated for. The DC Circuit Court of Appeals is considered the second-most powerful court in the country, in large part because virtually every environmental, health, and safety regulation that comes out of Washington gets litigated there.

Similarly, Nan Aron, president of a liberal advocacy group called the Alliance for Justice, which has been reviewing Rao’s record, made note that she has never tried to distance herself from her younger writings, instead choosing to highlight them. “She is proud of these statements and her role in articulating them at Yale,” says Aron. “Her views are as relevant today as they were when she was in her 20s.”

If Trump has his way, those are the views that might eventually sit on the Supreme Court.