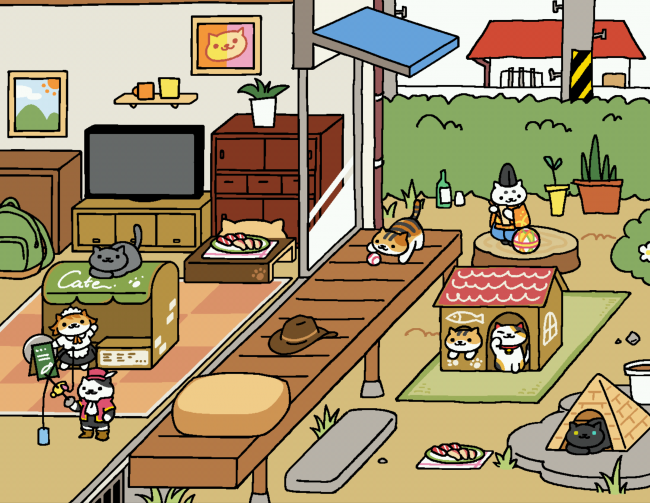 Do you remember that cat collecting game that swept the entire world not too long ago, Neko Atsume? Sure you do. In fact, I’ll bet you’re feeding your cats right now, aren’t you? Or maybe you’re one of those folks who neglected your kitties once Pokémon rolled up on your block. Mhm.

Well, fear not, because now you can think about your kitties on more than just your mobile phone! There’s apparently a Neko Atsume movie in the works right now in Japan, and its premise seems to be just as foolproof as the game’s. The movie centers around Katsu (heh) Sakumoto a young author who moves to the countryside to seek inspiration, as you do. After finding random cats appearing in his garden, he decides he should tend to them and feed them–once again, as you do. I’m sure you can see where this is going.

Unclear is whether he’ll be shown dropping cold, hard cash on his mobile phone for these cats that don’t really belong to him (likely) or even if he’ll get to keep one (probably likely). Heck, beyond feeding cats, I’m not sure what else this movie really needs besides those damned “X” buttholes that the game made so ubiquitous. Yeah, I said it. What?