Neil Gaiman To Write Dr. Who 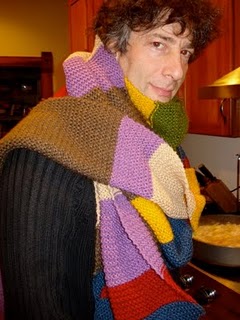 In a gesture of appreciation to the readers and writers of the magazine SFX, Neil Gaiman has shared some very exciting news with them: He is writing an episode of Dr. Who.

In his own words, “As anyone who’s read my blog knows, I’m a big fan of a certain long-running British SF TV series. One that started watching — from behind the sofa — when I was three.”

“In about 14 months from now, which is to say, NOT in the upcoming season but early in the one after that, it’s quite possible that I might have written an episode. And if I had, it would originally have been called “The House of Nothing”. But it definitely isn’t called that any more.

Countdown. You’ve got about 14 months.”

Story from SFX Via Topless Robot.