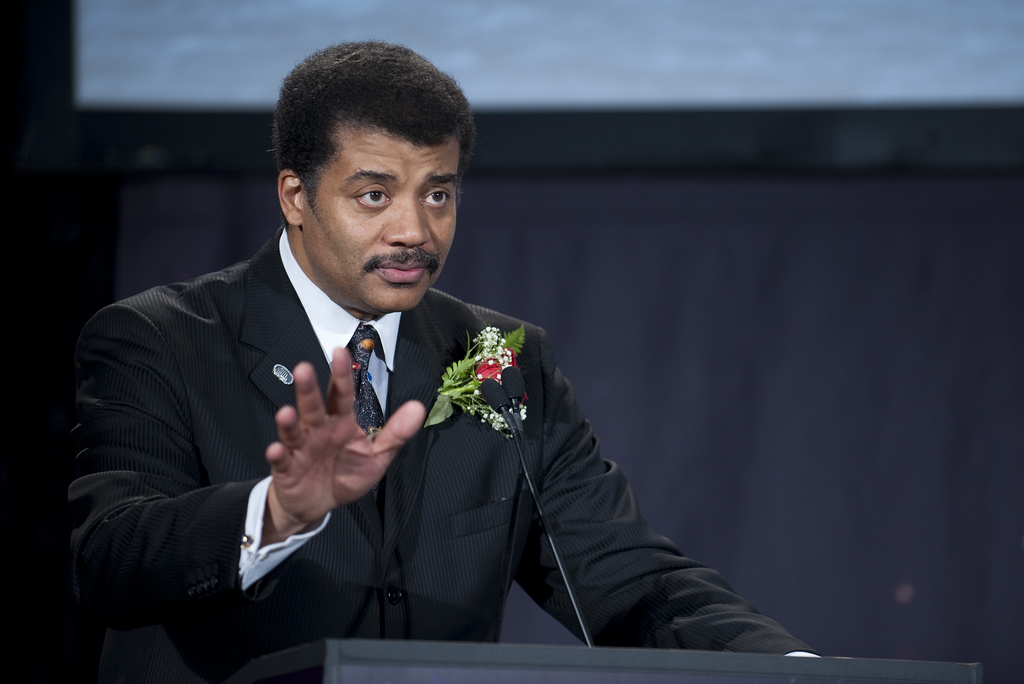 As a scientist, it must be awesome when a world-renowned theoretical physicist (and cosmologist) publicly commends you on the work you do. Neil deGrasse Tyson is feeling those feels today, now that it’s been announced that he’s getting a prestigious award from none other than Stephen Hawking.

DeGrasse Tyson will be awarded the Stephen Hawking Medal for Science Communication, which is awarded to people who deliver science to the masses and foster a love of science among laypeople. Medals are awarded to science communicators in three categories: writers, musicians and artists, and people in the film and entertainment industry. DeGrasse Tyson’s award is in the writing category, in large part thanks to his work on Cosmos: A Spacetime Odyssey and podcast-turned-TV-show, StarTalk.

The announcement was made at the Hayden Planetarium at the American Museum of Natural History here in New York City, of which DeGrasse Tyson is the director. While Hawking couldn’t be there in person, he did make a video appearance announcing and congratulating all the winners:

DeGrasse Tyson totally deserves this award, as he’s done an amazing job of making science accessible to non-scientists, both as director of the Hayden Planetarium and through his various TV projects, books, appearances, and science advocate at the federal level. He has a new book out called Astrophysics for People in a Hurry, the casual title reminding us that astrophysics is within our reach. His work reminds us that science isn’t something we need a PhD to understand and appreciate, that you don’t have to be a scientist to love science, or understand why science matters outside the world of academia.

In an interview with Space.com, deGrasse Tyson said that effective science communication, whether on the government level or a the level of your climate change-denying uncle at Thanksgiving, is to provide people with “empowering ideas rather than just giving people something else to think. Education is not just pouring in knowledge.” In other words, it’s not just about spitting facts at people. It’s about illuminating concepts and ideas that will allow people to discover and learn the facts themselves.

DeGrasse Tyson will receive the Stephen Hawking Medal in two weeks at the Starmus Festival, an annual international gathering celebrating science and art that takes place in Trondheim, Norway. Also to be honored at the awards ceremony are Music and Arts winner, composer Jean-Michel Jarre, and in the entertainment category, the producers of CBS’ The Big Bang Theory.

Huge congrats to our “personal astrophysicist!”