Not every thought in your head needs to be shared, Neil. 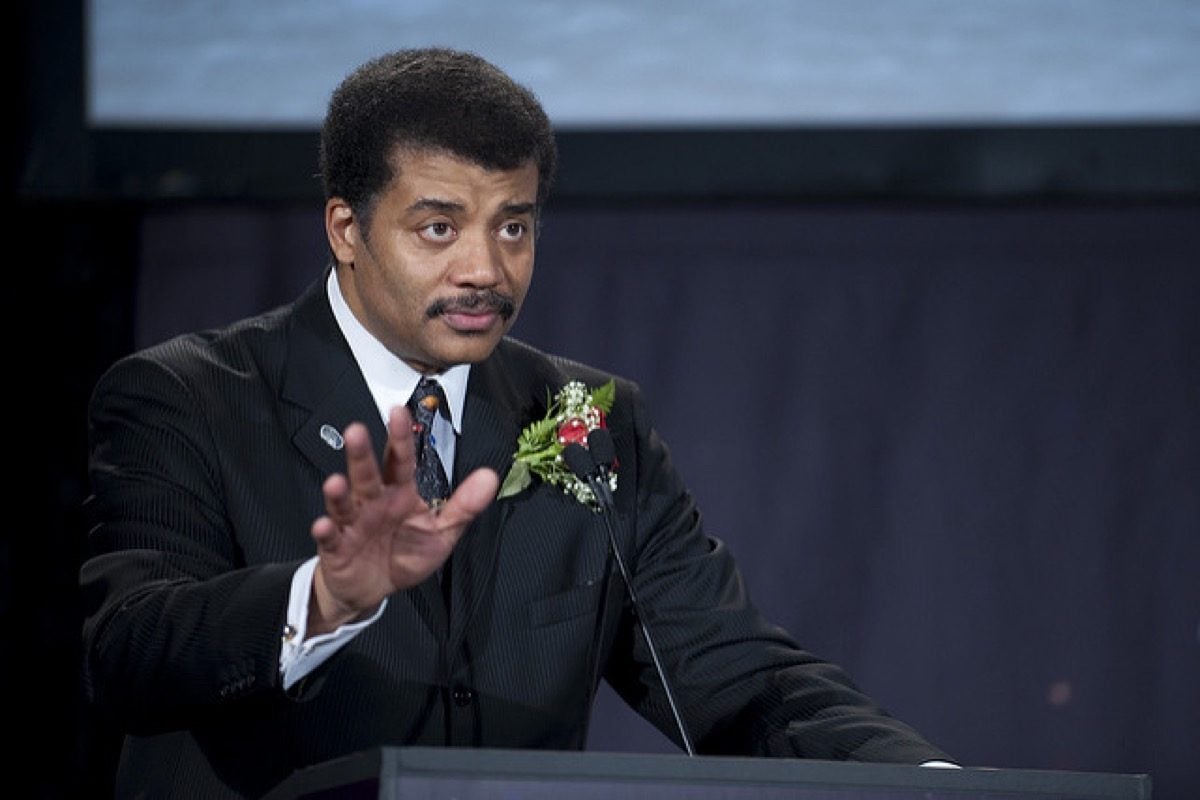 In the aftermath of a horrific mass shooting, many people take to social media to share their thoughts and feelings. Some call on congress and politicians to do something about the scourge of gun violence. Others call out the President and his administration for fostering a culture of hate and racism. Still others bring up the issue of mental health and other societal ills that contribute to our culture of violence.

And then there’s astrophysicist and author Neil deGrasse Tyson, who decided to respond to this moment of national tragedy with the following tweet:

In the past 48hrs, the USA horrifically lost 34 people to mass shootings.

On average, across any 48hrs, we also lose…

Often our emotions respond more to spectacle than to data.

Really Neil? Really? After two back to back mass shootings, you’d like us to take a step back and reconsider our emotional response to this “spectacle”? We get that you’re a famed scientist and you value data, as do many of us. And here’s what the data tells us: in the past 216 days of 2019, there have been 251 mass shootings. That’s more shootings than days.

This country is and has been in a crisis of gun violence, conflated by the rise in alt-right sentiment that is supported by the most powerful people in the government. The rise of social media as a tool for alienation and radicalization has inspired countless acts of violence, which then beget more violence, causing what is now known as mass shooting “clusters”. Add to that the ease with which we have access to high powered guns meant for war zones and ammunition, both of which are easier to obtain than a box of Sudafed or the morning after pill.

Tyson’s point is especially galling when you look at the comparisons: medical errors are accidental. The flu, which is often preventable, is also not the result of malicious and illegal actions. Suicide and car accidents are both tragic, but we as a society are working towards safer cars and greater education and access to mental health. We could be doing better in all these areas: healthcare, safety, education, outreach.

But guess what the government isn’t lifting a finger on? Gun control. Despite overwhelming public support for simple solutions like background checks or assault weapons bans, our government is held hostage by the NRA and a tiny but somehow powerful zealous wing of gun nuts.

Many took Tyson to task on social media for his misguided and insensitive tweet:

Cold take, Neil. 200+ Americans died from gun violence in the past 48 hours. And you list causes of death that are researched, regulated and also happen in other high income countries. Our gun violence crisis is preventable and senseless and driven by a special interest. https://t.co/jua4wH7gOX

You: I've been shot by someone who exploited existing gun laws that are too lax.

Rational adult: We should have common sense gun laws that prevent this from happening again.

Neil deGrasse Tyson: Vending machines have killed at least 37 people. You should really calm down.

Your data is wrong Neil. In the past 48 hours, 200 people were killed with guns and many more were injured while a powerful organization lobbies to protect its interests.

Maybe you should add some emotion to your game, because your data collection sucks. https://t.co/CLJmiVBlev https://t.co/7qoeIGcaav

Everybody: "Mass shootings are bad"

Tyson, who was previously in the news for allegations of sexual harassment and assault from four women, was recently reinstated at his job as director of the Hayden Planetarium, after an investigation conducted by the American Museum of Natural History in New York. He has also been invited back to host his series StarTalk and Cosmos after similar investigations by Fox and National Geographic also cleared him.

Maybe he should use this time to stay off social media and practice some empathy.