The “Dead Lesbian” Trope and the Subversiveness of NBC’s Timeless 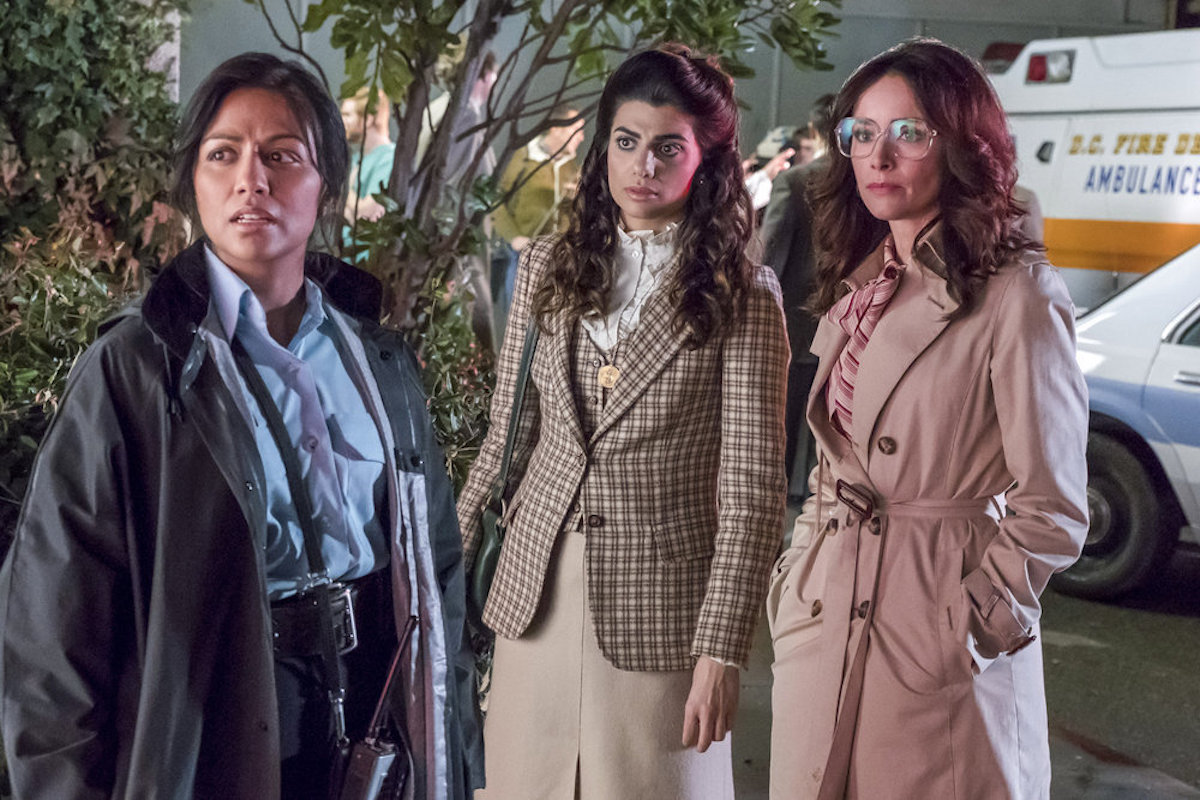 When the time-traveling NBC series Timeless first started, I was intrigued but cautious; the first episode had the female lead take off her shirt in order to take her bra off (which most able-bodied women do not need to do), the second tried to heroize Robert Todd Lincoln, who infamously worked against his father’s legacy of civil rights, and the third was littered with falsehoods regarding Judith Exner, one of Kennedy’s mistresses.

But then came “The Watergate Tape,” and the show that had spent its first five episodes upholding the white, male historical narrative began to subvert it. From then on, the show introduced its audience to lesser known historical figures such as the Shawnee Chieftan Nonhelema, mathematician Katherine Johnson (just in time for Hidden Figures too), and the openly bisexual Josephine Baker.

Perhaps the crowning achievement of the first season was altering history so that known Confederate Jesse James got taken down by the men who would eventually inspire the Lone Ranger and Tonto, U.S. Marshal and escaped slave Bass Reeves, and Native American U.S. Marshal Grant Johnson, all while never naming the author of the Lone Ranger, thereby taking back the recognition he stole.

The show also forced us to take another look at men like Henry Ford, Thomas Edison, and Andrew Carnegie, capitalist creators (and in the show, members of the villainous organization Rittenhouse) who drove us into the future … at the cost of others.

That brings us to the second season, which takes the subversion and “washing away the white” up to eleven, with Rittenhouse attempting to use the time machine to recreate history “in their [white, male] image.” Meanwhile, the half-female and half-POC cast of heroes gets help from historical women and people of color, from Robert Johnson to Grace Humiston, all the while connecting their narratives to those of the heroes.

Then we come to last week’s episode, “The Day Reagan Was Shot.” Rather than Rittenhouse attempting to change the shooting of Reagan (who, by all accounts, fits the Rittenhouse member profile), Rittenhouse attempts to kill a police officer in the chaos of the shooting, who is then revealed to be a younger Denise Christopher, the lesbian, Indian-American Homeland Security agent who created the time travel team in the first place. The team is then left with two equally detrimental possibilities: if Christopher is killed or accepts a marriage her traditional mother arranged, their team never comes together, and Rittenhouse wins.

In this one episode, Timeless manages to perfectly pay tribute to the plights of queer women, women of color, and women in traditional families, as well as to the many women who could have made history if they were just allowed to work or be who they are. In typical Timeless fashion, historical figures are used to comment on modern issues (#MeTooJodieFoster1981) and the characters’ struggles, with Lucy and Jiya pretending to be PIs hired by (then closeted) Jodie Foster, to track down John Hinckley Jr. Like Jodie, Agent Christopher did not want the attention or risk that resulted from her being an important figure. Both of them just wanted to live their lives in peace.

However, Agent Christopher is willing to abandon who she is in order to recover that security, which forces the team to both thwart the assassin and convince Christopher to call off the engagement. The two female members, Lucy and Jiya, act as true allies by pretending to be a couple to show her what’s possible for her own future, and eventually give her a USB drive with pictures of her future wife and children to give her hope. This #ItGetsBetter montage gives Agent Christopher the courage to come out to her mother, which she never did in the original timeline.

True, it was worrying for the LGBTQIA audience to see a mother slap her gay daughter and a happily married lesbian mother come so close to embodying the “Dead Lesbian” trope, especially when Christopher goes home for what she thinks is the last night with her family. However, Timeless once again subverted our expectations by giving Agent Christopher an even happier ending, by rebuilding her relationship with her mother and giving her more time with her family.

In many ways, this is how LGBTQIA representation should be done, by addressing the angst and the possibility of death that many characters face in dramas, but still treating them as characters and not cannon fodder.