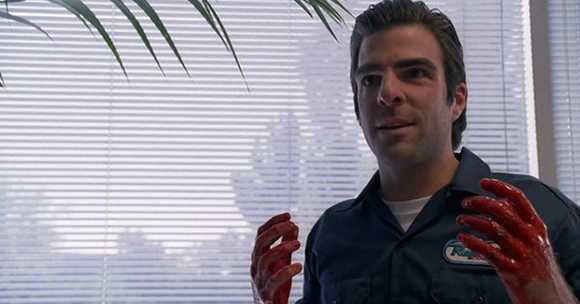 As part of their new dedication to getting in on this whole digital content dealie, NBC is creating a prequel webseries for the 2015 miniseries Heroes Reborn. We actually heard about it before; mention of a digital series “that will introduce the characters and new storylines” was made in the big Heroes Reborn press release, but we were all too busy freaking out about how “Holy hell, NBC is bringing back Heroes!” to pay it much attention.

NBC, you know that the fact that you’re introducing characters and storylines in Heroes Reborn: Digital Series doesn’t mean you don’t have that same responsibility for the actual show, right? You’re getting a second chance to create coherent plotlines here. None of this throwing huge, dramatic moments at the screen, tricking viewers into thinking you have a plan that makes sense when really you have no clue about how to provide proper resolution for what you’ve set up.

One of the characters who probably isn’t returning to the fold is Hayden Panettiere, who told Cosmopolitan that she’s not been asked back to the show and that in fact she only heard about it when a family member texted her.

If you don’t give two figs about Heroes Reborn or its prequel webseries, might I direct your attention to another one of NBC’s upcoming digital ventures? Via Deadline, Tesla and Twain is “a comedic series loosely based on the real friendship between the great author and the great inventor… if they were suddenly transported to modern day Los Angeles.”

Ok. Yeah, I’m down for that one. Heroes Reborn… eh.