Nice Try Sarah Sanders, but Deporting a 95-Year-Old Nazi Will Not Absolve ICE of Their Crimes

Now let's see them deport all the fascists in Trump's White House. 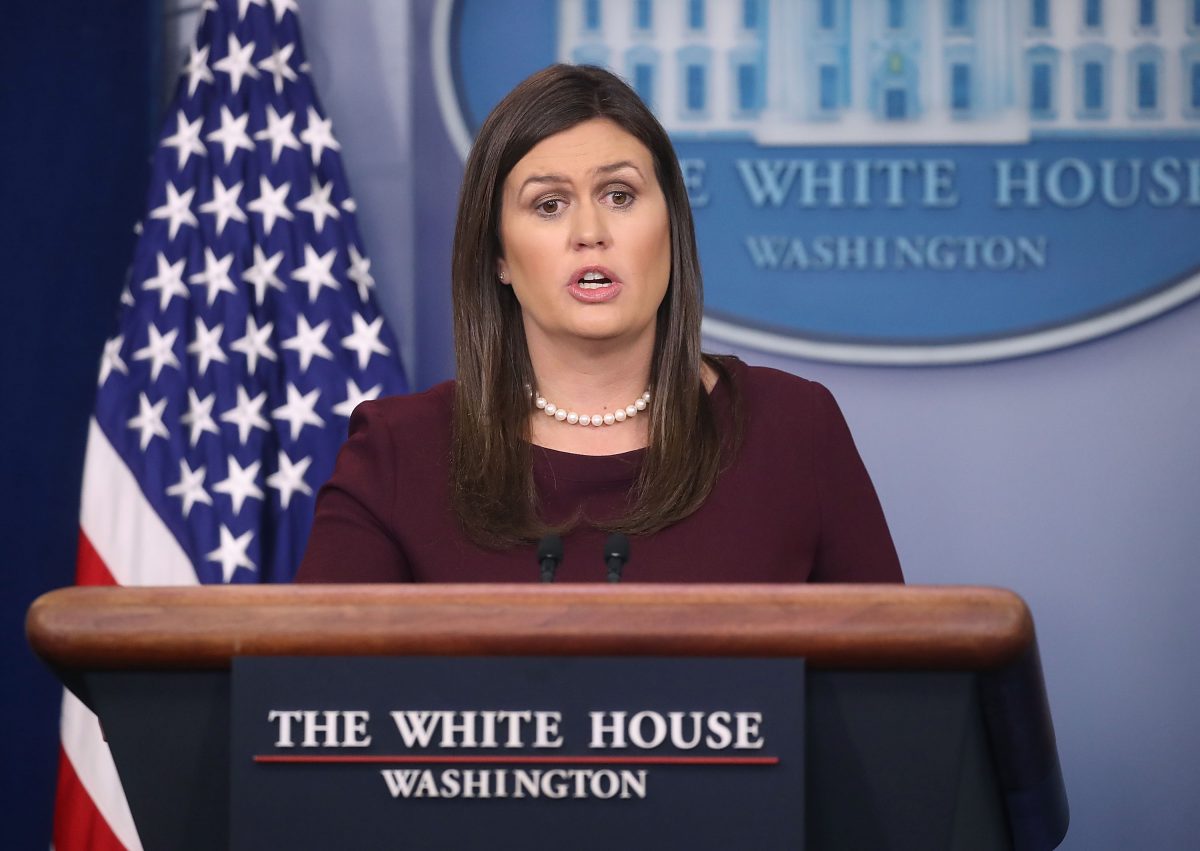 Jakiw Palij, a former Nazi labor camp guard, has been deported to Germany, and ICE is looking to take all the credit. The 95-year-old Nazi had been residing in Queens, New York City, since 1949, and attained citizenship in 1957, after lying to U.S. immigration officers about his role in World War II. ICE and the Trump administration were quick to take this scrap of good news and attempt to spin it as a favorable story about ICE.

For many years a Nazi forced labor camp guard had been living in NY – a terrible injustice. Past Administrations failed to deport him. Today, @realDonaldTrump got the job done! ICE has removed this despicable Nazi from our great country. https://t.co/yBaboYK5N5

Except there’s just one problem: Palij admitted his crimes to U.S. Department of Justice officials in 2001, two years before ICE even existed. His citizenship was revoked in 2003, but since then, Palij has been in a state of diplomatic limbo, with no eligible country willing to claim him. Finally, after over a decade of geo-political hot potato, Germany agreed to take custody of Palij. ICE then removed Palij from his home and drove him to the airport.

Look, no one is happier about Nazis getting deported than I am, but all ICE did was drive that old-ass Nazi to the airport, and now they want a medal for it. Sorry ICE, but giving a Nazi a lift does not make you heroic, and it does not absolve you of your crimes against humanity—like the rampant sexual abuse at your detention centers, or arresting a husband driving his wife to the hospital while she is in labor, or your endless and traumatic imprisonment of children snatched from their parents. If driving fascists around was the only requirement for heroism, you’d all get medals every time any of you gave each other a lift to work.

You can’t crow about deporting a single Nazi when you’re literally taking a page out of the fascist regime’s playbook, and the president you work for pals around with some extremely questionable figures. There is no amount of good press that will undo the lasting damage that Trump and ICE have committed. The Trump administration and ICE’s behavior will go down as one of the darkest, most ignoble chapters in American history, and no amount of Nazi airport carpools will undo that legacy.