The Navy SEAL Program Will Now Allow Women To Join 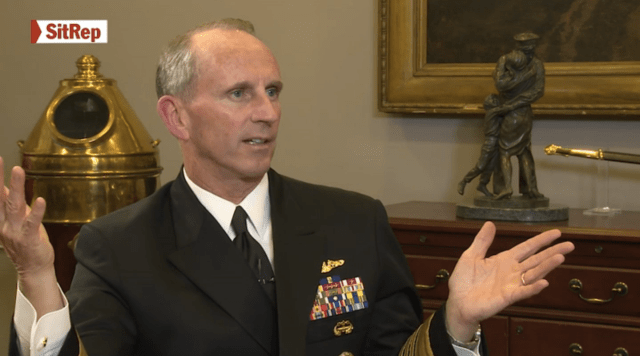 Following close on the heels of the announcement that two women just passed US Army Ranger training, the US NAVY Seal program announced that they’ll now allow women a shot at making the grade as well. This is the first year that the Ranger program was even open to women in the first place, and so too will this be the first time that women will even have the opportunity to prove whether they can pass the Navy SEAL physical requirements.

Chief of Naval Operations Adm. Jon Greenert literally shrugged (refer to my screencap above) while saying,

(via The Daily Beast, image via Navy Times)