These Women in Science Deserve Their Own Biopics, Feat. Suggestions From Neil deGrasse Tyson, Sylvia Earle, and More

Hollywood, are you taking notes? 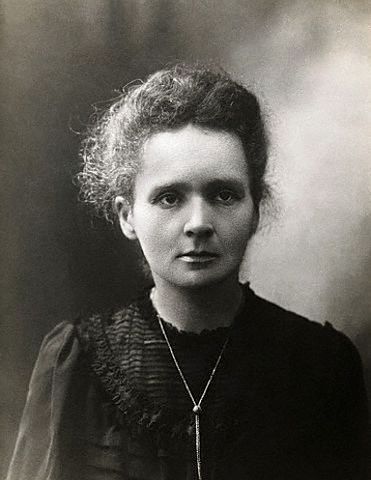 We’re seeing so many biopics about people in science now, which is an exciting time not only for the average movie-goer but also the scientific community. With the rise of stories like Hidden Figures, which told the story of the black women who helped us win the space race, I was curious to ask scientists on the National Geographic yellow carpet what woman in science they felt deserved to have her story told to the world.

Neil deGrasse Tyson, who also talked to me about space travel, talked about his enthusiasm for the rise in scientific biopics. “Isn’t that great? I love it!” he said. “Somebody figured out you can make money off of the life of a scientist.” The astrophysicist described how he saw the evolution of the scientist character, saying, “You know why I think it was delayed? Because previously, for decade after decade after decade, the scientist in a movie was the person in the lab coat behind the slab.” He acted out the following scene:

“Professor, is the asteroid going to hit?”

“Well, it may hit, but you have to take precau-”

That’s the extent in most films, he explains, “And then they move on and you move on to other characters you’re supposed to care more about, and you don’t know if the person is married, you don’t know if they have kids, is this a good day for them? Are they sad? Are they happy? They were tropes, they were never fleshed out and no one imagined maybe a scientist who is a human being like everybody else may have had an interesting life story to tell. So I’m delighted, and the list goes on! This goes on and on and let it continue into the forever future.”

Many of us have curiosities and interests in scientific figures, but were completely oblivious to the stories of women like Katherine Johnson, Dorothy Vaughan, and Mary Jackson. Asking different scientists, engineers, oceanographers, and other National Geographic guests what women we should know about, I got a huge range of answers. Some were familiar, with Marie Curie being by far the most popular answer, and some introduced me to women I never knew about.

Here are their answers.

Jane Root (Executive producer, One Strange Rock): No one’s ever made a really great film about Marie Curie, so she has to be someone, and incredible woman. She won two Nobel prizes, and if she was a guy many more films would have been made about her.

Sylvia Earle (Oceanographer, Explorer-in-Residence): [After I suggested she deserves one] Mission Blue, basically did look at it, it was a Netflix film and a film that was just released by National Geographic in January, Sea of Hope, where I went with photographer Brian Skerry, National Geographic, and a number of teenagers around the country looking at places, blue parks for the sea to be the equivalent of national parks on the land. Hope spots, if you will.

So, I think people such as Kathryn Sullivan, who was the former chief scientist and later the administrator of NOAA, astronaut–I mean she’s a perfect model for telling her story.

I think of Rita Colwell, who was head of the National Science Foundation for eight years. She’s a microbiologist, she’s a rock star in science and she ought to be celebrated the way sports heroes are and musicians are, because she’s really documenting the music of life. And a great communicator.

Garrett Oliver (Brewmaster, National Geographic Atlas of Beer): “I would love to see a biopic about Marie Curie, in particular. Not only did she discover all these thing surrounding radiation, she knew that it was killing her. And she kept going for it anyway, I mean she had the fire and that’s what you see in every great scientist.”

Dr. Albert Yu-Min Lin (National Geographic Emerging Explorer, Engineer): “There’s the standard bearers like Jane Goodall and others, but the one that I’ve been really interested in really is Marie Tharp. She’s the one who really discovered the mid-Atlantic ridge. But at the time, she’s proposing all these ideas and her bosses were like, “Oh, that’s just girl talk. That’s not real.” Then she started mapping the thing, and she was right and they left her off of all the papers, all the scientific publications. And they were so discriminatory to her ideas because she was a woman, but if you look back at it she actually identified some of the most fundamental of our understandings of the planet by having curiosity and intuition on her side.”

Neil deGrasse Tyson (Astrophysicist): “I was delighted to see Agora, which was on the woman Hypatia. That’s going back. We’re overdue for Marie Curie. She had a complicated social life, so you could run with that if producers need that. There’s Marie Curie, the first person to win two Nobel prizes. We’re overdue on that.

“There’s another woman who was on the heels of discovering DNA, Rosalind Franklin, so she’s somebody we’re a little overdue on.

“There’s a book that Dava Sobel just came out with which has a similar spiritual presence as the Hidden Figures book. This is on the woman at the Harvard College Observatory who decoded the nature of stars in the universe. Why? Because that activity was deemed below the work of men. So they were women calculating the properties of stars, and they made all the cool discoveries in the first half of the twentieth century. So Dava Sobel just wrote a book on that called The Glass Universe and that, I’d be delighted to see that become a movie.”

That’s a lot of amazing women. Hollywood, are you taking notes? Earle, who’s spent more than 7000 hours underwater, also hit on the importance of representing science in popular culture. She told us, “There’s a nice long list of not just women, but also guys who are under-sung heroes that are making a difference.”

“We need to look around and think, ‘What is making a difference of humankind?'” says Earle, “It isn’t just–I love the music and I love the sports, I love all the things that humans excel at–but excellence in science ought to be as popular and worthy of celebration and getting kids to want to be a botanist! Be an engineer, like in The Martian!”

What women in science do you think deserves a biopic?