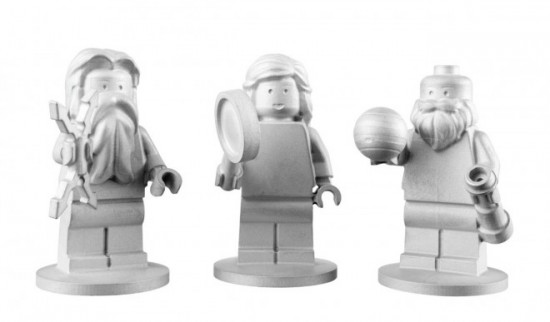 NASA will launch LEGO figurines into space, for science! Well, maybe not for science. Mostly just because people who work at NASA enjoy LEGOs. NASA will launch the Atlas V rocket this Friday, containing the space probe Juno. Juno is being sent to Jupiter, with three little LEGO stowaways. The probe will have three LEGO figurines attached to it in the likenesses of the Roman gods Juno and Jupiter (of course), and the Italian astronomer Galileo.

LEGO had to manufacture the figurines deliberately so that they would not interfere with any of the probe’s instruments. Each one is customized to represent the characteristics of their namesake. Jupiter has a lighting bolt, Juno has a magnifying glass, and Gallileo has a telescope and a model of the planet Jupiter. The figurines are standard LEGO size.

The trip to Jupiter will take the probe five years. When it arrives it will collect data about the planet, its moons and its atmosphere. It will orbit the planet for a year (33 times around) before purposefully crashing into Jupiter’s surface. The progress of the probe and its little space travelers can be tracked online at LegoSpace.com.