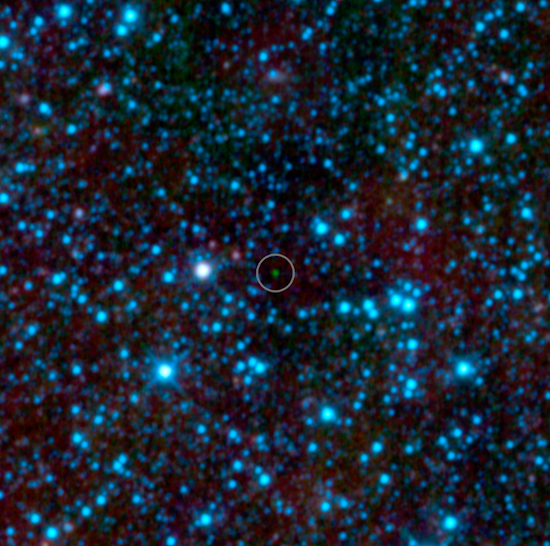 Using the Wide-field Infrared Survey Explorer (WISE), NASA was able to see the faint glow of six Y dwarfs about 40 lightyears away from the sun. Y dwarfs are of the brown dwarf family of stars, which are referred to as “failed” stars, because they are not large enough to fuse atoms to their cores, thus lacking the atomic energy required to to burn for a long time (like our sun), and they eventually cool to the point where they only emit infrared light.

Amongst the Y dwarfs found, WISE 1828+2650 was found to be 80 degrees Fahrenheit, which happens to hold the record for the coldest star found to date.

Davy Kirkpatrick, a WISE team member at the Infrared Processing and Analysis Center at the California Institute of Technology in Pasadena, California, said in a press release, quite punnily:

“The brown dwarfs we were turning up before this discovery were more like the temperature of your oven.

With the discovery of Y dwarfs, we’ve moved out of the kitchen and into the cooler parts of the house.”