What Does It Mean That the Curiosity Rover Found Organic Material on Mars? 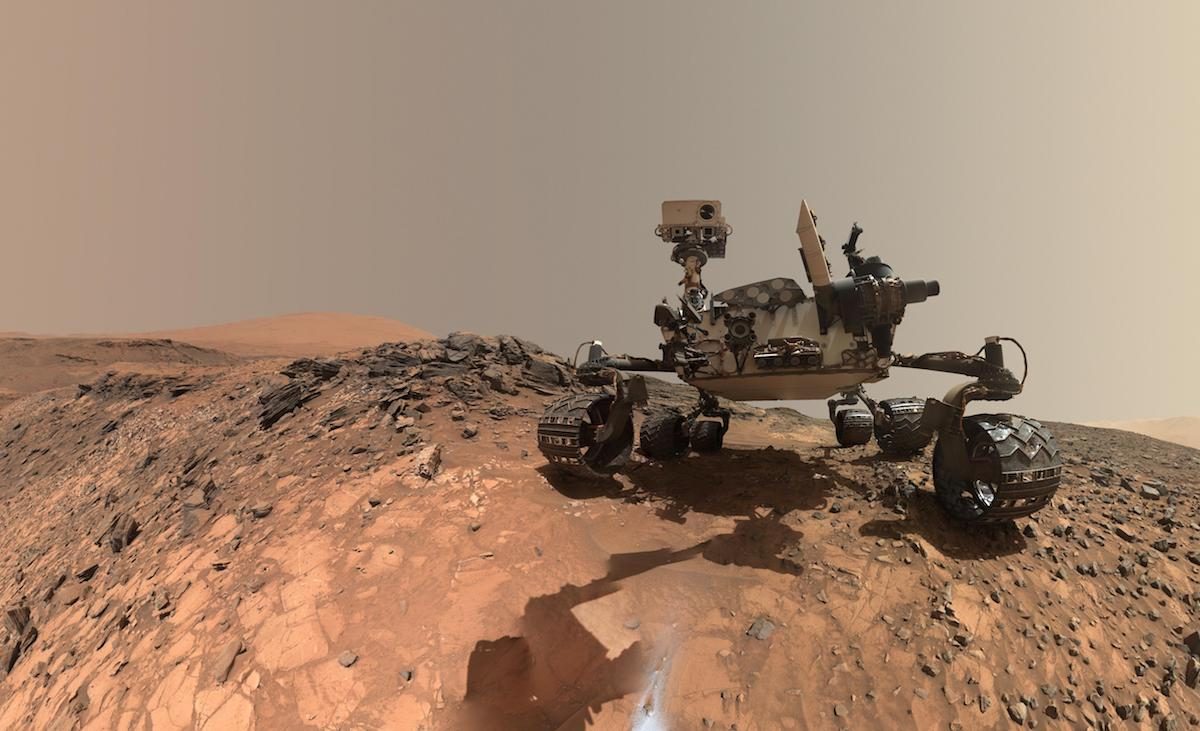 Yesterday, NASA scientists held a special event to announce findings from its Mars Curiosity rover, which understandably got people very excited. The intrepid space robot had found (more) organic material on the Red Planet, and also found that concentrations of the methane it previously discovered fluctuate with the seasons. With science, though, the data itself is usually much less exciting, so … what does it all mean?

Well, first of all, “organic” has a much different meaning to scientists scouring the Universe for clues than it does to most of us here on Earth. Curiosity finding organic material doesn’t mean it found severed alien body parts or anything, not even microbial ones. In fact, organic material has been found on Mars before—that is, carbon-based molecules that we know are necessary for life. Curiosity identified some shortly after it landed on Mars, but the new ones it found in this recent discovery are still exciting on their own.

The new findings include molecules that were likely fragments of larger carbon-based compounds—not proof of life by any means, but something you’d expect to find in an environment where life could have existed. As the study’s lead author, Jennifer Eigenbrode, told Space.com, they could also have come “from meteorites or from geological processes.” That could also be the case with the methane, as well, despite hopes that it could be produced by subsurface microorganisms, as most of the methane on Earth is produced by living organisms.

Unless an alien photobombs one of the rover’s many selfies, it’s unlikely that we’ll know for sure any time soon—we’re already planning future rovers to help—but even learning more information about the alien geological processes taking place on Mars would teach us more about how other planets might work, out there beyond our current reach. It’s also further evidence that Mars could have supported life at one point, especially much earlier in history, when it seems to have had liquid water like the Earth. Even if it’s eventually determined that our close planetary neighbor was never home to life, that would raise the interesting question as to why not, which is pretty central to figuring out, in that case, what makes Earth so special.