Nancy Pelosi Put Trump in the Doghouse and Twitter Loved It 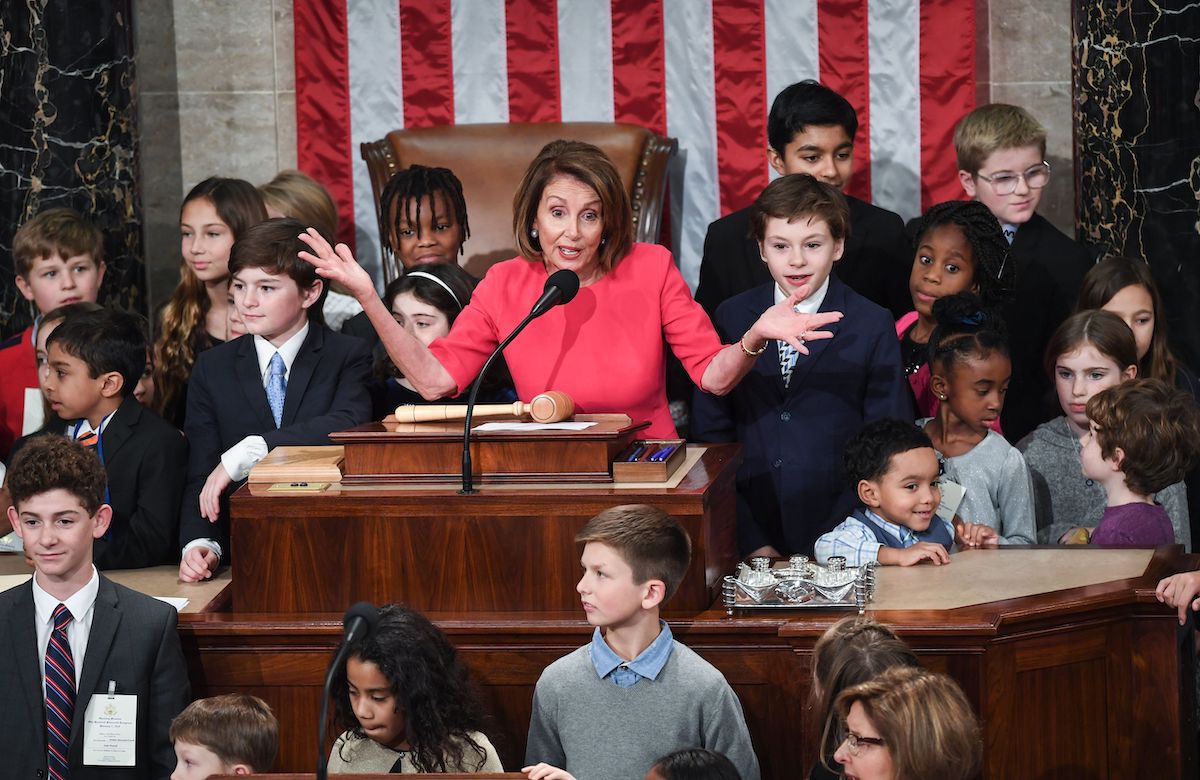 It’s been a big day for the Speaker of the House. Nancy Pelosi had to be the strict mom to Donald Trump, because that’s the world we’re living in. Not only did she put a stop to his State of the Union, but Trump also decided to open up about his nickname for Pelosi which is … Nancy.

As we are all well aware, the State of the Union is currently a hot mess.

State of the Union pic.twitter.com/R6rwxp2GKh

Because the government shutdown isn’t over yet, Pelosi effectively told the president that she isn’t going to let him do the State of the Union speech in the House.

Which now everyone is claiming he can just go somewhere else and, that’s … not great.

Trump says he’s looking for a new venue to have the State of the Union… pic.twitter.com/9frICkDmsu

Instead, the president should be working to stop the shutdown and get people their desperately-needed paychecks instead of acting like a child.

HEY KID, HOW WOULD YOU LIKE TO HOST A STATE OF THE UNION ADDRESS IN YOUR DEN? pic.twitter.com/JJLspixYCi

We were all super into the fact that Nancy Pelosi put her foot down and isn’t blinking at Trump’s tactics. The president is repeatedly trying to get away with his racist, sexist, homophobic ideas and we shouldn’t just let him think he can throw hissy fits to get his way.

Yelling that you want something doesn’t mean you instantly get it, and Trump’s parents should have at least taught him that much when he was a child. Someone should have told him that during his decades in business.

He doesn’t get to give a State of the Union address if the government itself isn’t running, and some government workers are relying on food pantries and panicking about how to get the bills paid.

REPORTER: What happens if Trump still shows up for the State of the Union on January 29th?

PELOSI: Well he’d have to speak outside.

Guys, Nancy Pelosi is not fucking around.

When the president was asked about the entire thing, his insult was to call Nancy Pelosi … by her name?

TRUMP: “Nancy Pelosi, or Nancy, as I call her, doesn’t want to hear the truth.”

Look, I get it. The president has had a rough time of it recently. He shut down the government because the House won’t pay for a wall that he promised he’d make Mexico pay for (despite the two years his party had full control of the House and the Senate, and still didn’t build the wall). He can’t be that creative with his insulting nicknames when he’s this distraught. And Nancy Pelosi is a force of nature that can’t be pinned down with Trump’s reductive insults. She’s simply … Nancy, as I call her.