Pelosi Didn't Ask Trump to Postpone the SOTU. She Told Him. | The Mary Sue

Nancy Pelosi Didn’t “Ask” Donald Trump to Postpone the State of the Union. She Told Him To. 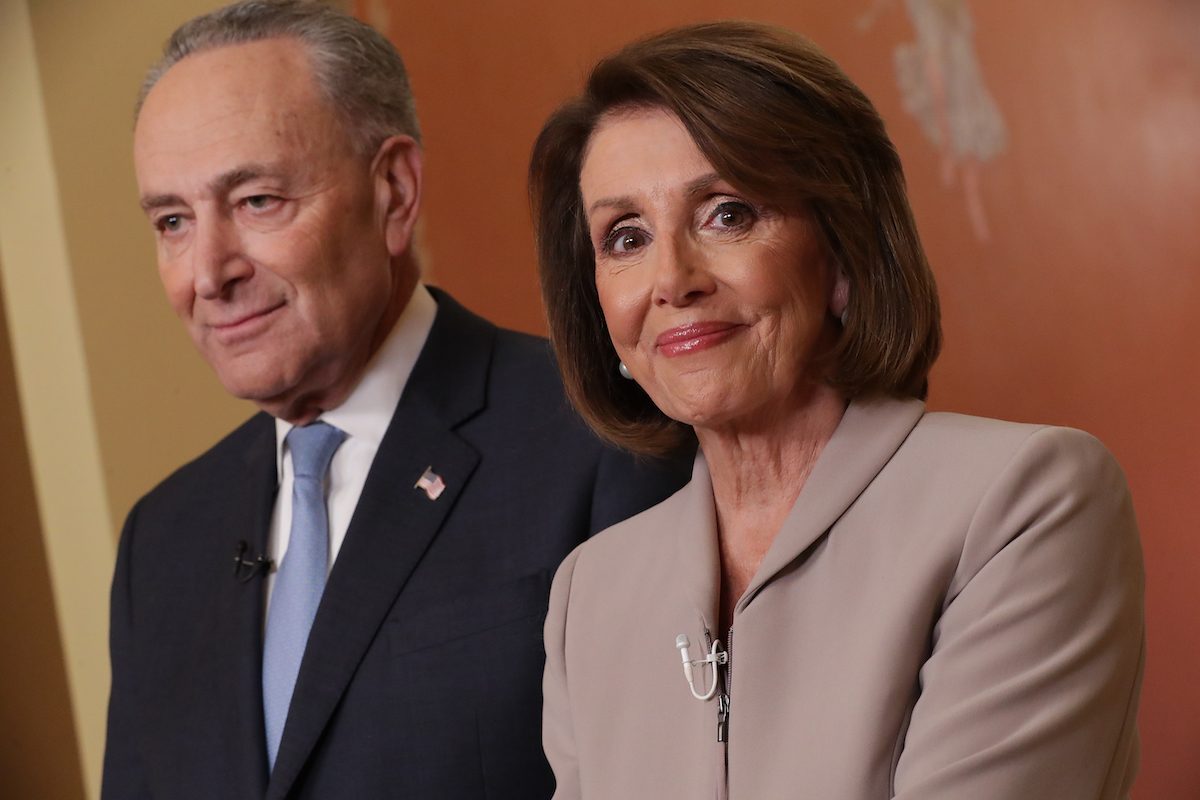 Earlier today, House Speaker Nancy Pelosi wrote a letter to Donald Trump, suggesting they postpone the State of the Union address, currently scheduled for Tuesday, January 29th. She wants to move to a later date due to the logistical problems of planning such an event during a government shutdown.

However, most of the headlines about Pelosi state that she “asked” Trump to reschedule. If you read the letter, which she also released on Twitter, you can see that that’s not exactly accurate. She didn’t ask him to postpone. She straight-up told him he would.

Despite what the headlines say, Pelosi is not asking. pic.twitter.com/ReZIZdzbGj

Maybe it’s because of how politely she stated her case, but no matter how gentle her tone, she was also totally direct. The Speaker of the House offers a formal invitation to the President to deliver the SOTU to a joint session of Congress. She just rescinded that invitation.

Pelosi cites safety as her primary concern, writing, “The U.S. Secret Service was designed as the lead federal agency responsible for coordinating, planning, exercising, and implementing security for national Special Security Events […] However, both the U.S. Secret Service and the Department of Homeland Security have not been funded for 26 days now – with critical departments hamstrung by furloughs.”

She continues, “Sadly, given the security concerns and unless government re-opens this week, I suggest that we work together to determine another suitable date after government has re-opened for this address.” She also suggested the option of him submitting his State of the Union address “in writing” rather than deliver it on television. Given how much we know Trump loves attention, ratings, and being on television, one can only imagine how he must have fumed at that suggestion.

Pelosi saying “No TV until you behave!” to Trump is quite a move. Never say she doesn’t understand him.

As Pelosi writes, this is a unique event. “Since the start of modern budgeting in Fiscal Year 1977, a State of the Union address has never been delivered during a government shutdown.” Why is she being attacked for refusing to let Trump continue on like nothing is out of the ordinary?

I can’t find an instance of this ever happening before, so I’m not sure what the outcome is likely to be. Can Trump give the address anyway? It sure doesn’t sound like it. The SOTU always takes place in the House chamber, which Pelosi presides over.

Will he just schedule another TV address, since television broadcast is likely more important to him than addressing his colleagues anyway? We’ll keep our eye on how this unfolds, but it’s likely to include at least one 4 a.m. Twitter meltdown, that’s for sure.