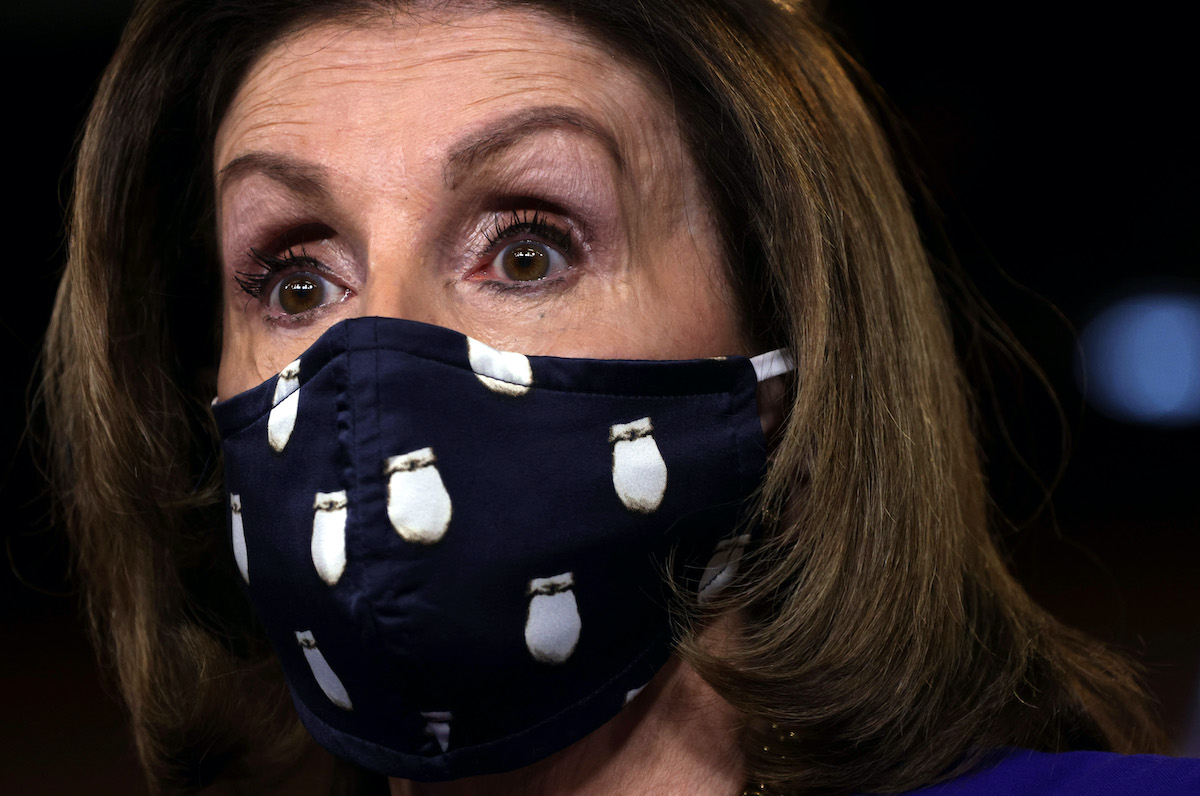 Following the conviction of Derek Chauvin for murdering George Floyd, a lot of politicians, public figures, and brands issued statements in response. Some of them shouldn’t have.

“Thank you, George Floyd, for sacrificing your life for justice,” Nancy Pelosi said during a news conference Tuesday. “For being there to call out to your mom, how heartbreaking was that—to call out for your mom, ‘I can’t breathe.'”

“And because of you,” she continued, “your name will always be synonymous with justice.”

“Thank you George Floyd for sacrificing your life for justice.” pic.twitter.com/JfapSsKdtX

George Floyd did not “sacrifice” himself and he’s not a symbol. He is a man who was murdered by a police officer who was acting within the purposefully racist system of American law enforcement. Thanking Floyd is incredibly insulting and a major oversimplification of what this actually means in terms of “justice”—which is very little.

Derek Chauvin is one man being held accountable for his crimes in a way that few police officers are—practically none. Real justice would include, among other things, a complete overhaul of the policing system, including defunding that system and reallocating money to services that actually help people, especially Black and brown people. Justice would mean abolishing qualified immunity so that more than just this one police officer could be held accountable. Justice would mean living in a country where a Black teenage girl isn’t killed by the police the same day Chauvin is convicted.

THIS IS ACCOUNTABILITY NOT JUSTICE. REMEMBER THAT.

But I’m thankful for accountability.

Justice is a continuum.

And America must bend with the moral arc of the universe, which bends toward justice.

Nancy Pelosi has supported the George Floyd Justice in Policing Act, but she also supported including police unions in discussions of police reform (an absolutely terrible idea) and she does not support defunding police systems. Also, over the course of her decades in Congress, she has also supported some truly damaging “tough on crime” bills, like the 1994 Crime Law that led to a surge in mass incarceration.

Basically, her allyship is not a given; she has to work to prove that through her actions. And while I’m sure she thought she was saying something nice yesterday, as one of the most powerful people in the entire country, this kind of reductive platitude is unacceptable.

Nancy Pelosi is historically and contemporarily opposed to police abolition & defunding efforts. As a woman in her position of power it is inarguable that she is a major part of why and how George Floyd was murdered https://t.co/ilNXra9dlc

If I’m ever killed, please don’t let Nancy Pelosi thank me for dying