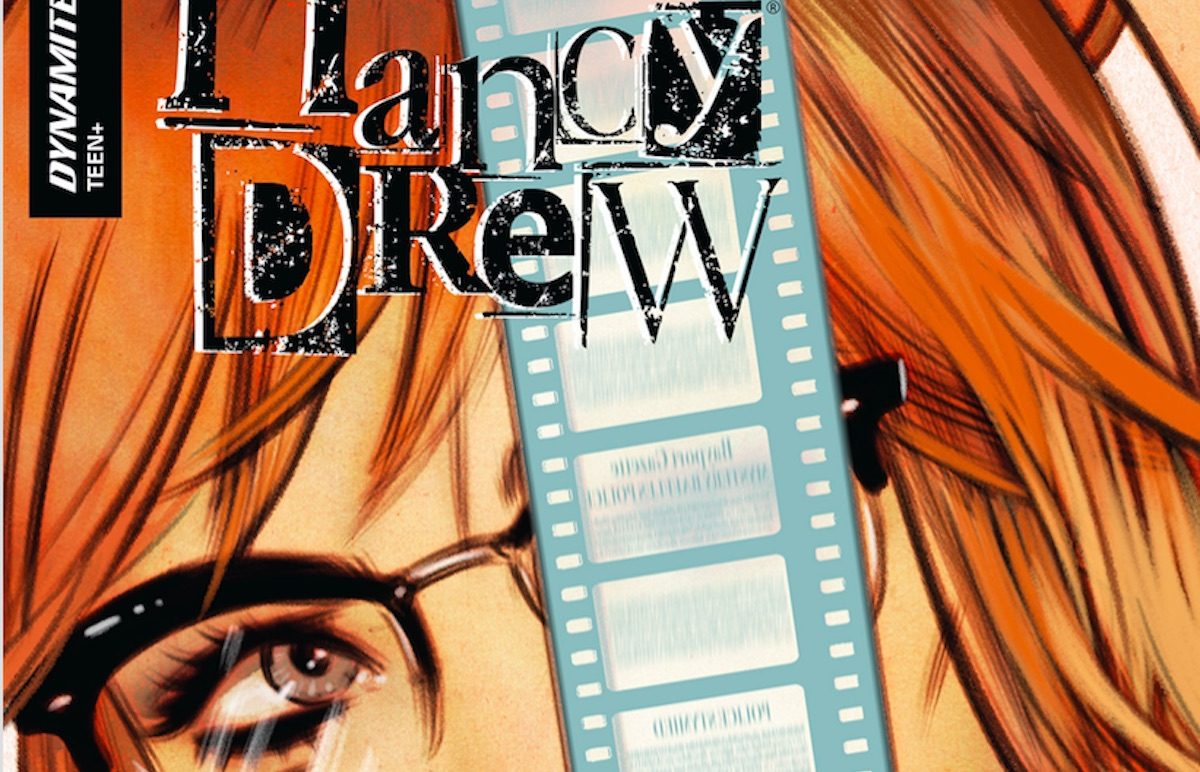 When the going gets tough, the tough go to the library. There are few problems you can’t solve with some solid research. Nancy Drew and I have this outlook in common, but somehow, I never really connected with the prim 1950s version of the character in the set of books on my dad’s shelf when I was a kid.

Kelly Thompson and Jenn St-Onge’s Nancy Drew, with her black nail polish and her penchant for danger, seemed to me at first an iconoclastic take on the character, but then I did a little research. As it turns out, she may be an updated version, but in many ways, she hearkens back to the first iteration of Nancy Drew. In the 1930s, Mildred Wirt, the first writer of the series, made Nancy kind of a BAMF. Wirt’s teenaged sleuth carried a revolver and drove a roadster. The Nancy Drew of this new Dynamite series isn’t toting a gun (so far!), but she’s definitely speeding into some pretty sharp twists and turns, including grief, murder, racism, and police corruption—and this is only the second issue. 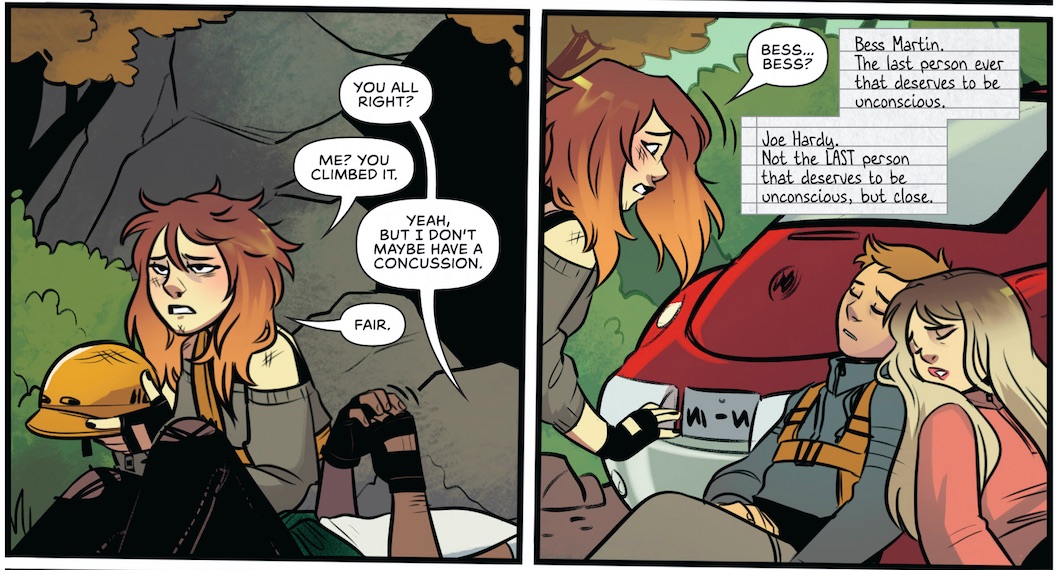 In the first issue, Nancy receives a fairly threatening letter that references her mother’s fatal accident from seven years earlier. Seemingly undaunted, she returns to her hometown to investigate. At first, I was a little surprised by how Nancy takes everything in stride, but reading issue #2, it becomes clear that the way she handles her pain is by burying it in an investigation. She remains nonplussed when she figures out who sent the letter, only to uncover a much bigger potential investigation. (Apologies for the vagueness, I’m dodging spoilers here!) We don’t really know this Nancy well enough yet to know if readers should trust her willingness to take on the case, or if she’s just being reckless because of its proximity to her own loss.

With friends new and old at her side, Nancy is very much part of a bigger story featuring an ensemble cast. Things in Bayport didn’t stagnate during the seven years Nancy’s been away. Part of the charm of this book is seeing how she has to renegotiate her way into childhood friendships and watching how a new companion might bring out a different side of Nancy than George and Bess, or the Hardy Boys. 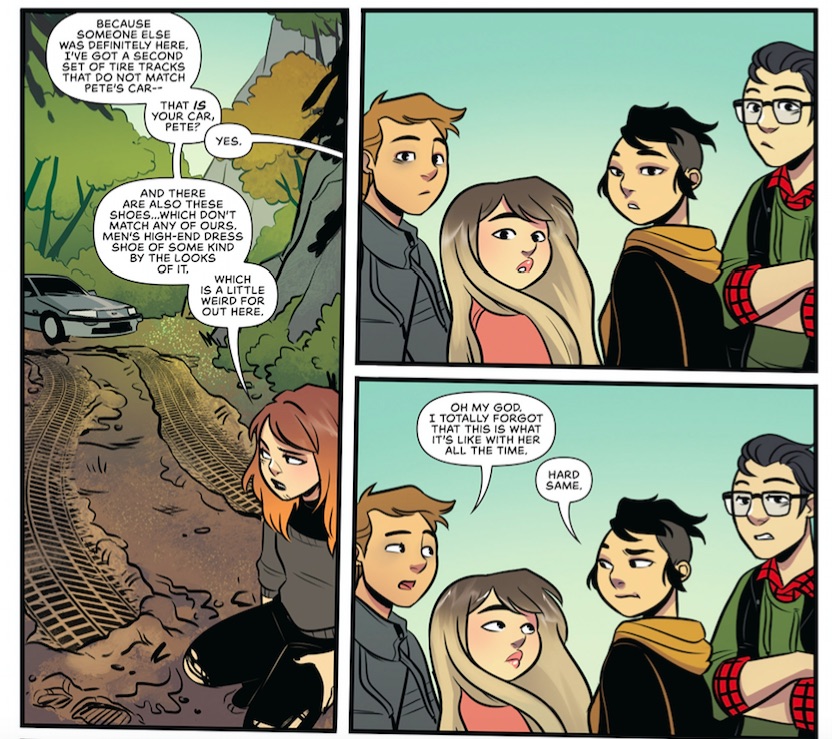 This Nancy Drew series is an intriguing YA mystery for newcomers to the character and fans of the original books. Nostalgia and call-backs are tempered with what feels like an authentic contemporary teenage voice and aesthetic. While the mysteries in play revolve around some serious issues, this, too, was often a facet of the original books, and helps make Nancy more relevant. And while I don’t necessarily expect Thompson and St-Onge to add guns to the mix, I can certainly see their take on Nancy Drew resonating with people who, like me and the eponymous character herself, can’t resist a little mortal peril with their library research.

Tia Vasiliou is a senior digital editor at comiXology. You can find her on Twitter @PortraitofMmeX.