Mystery Science Theater Creator Might Reboot the Show in the Not Too Distant Future! 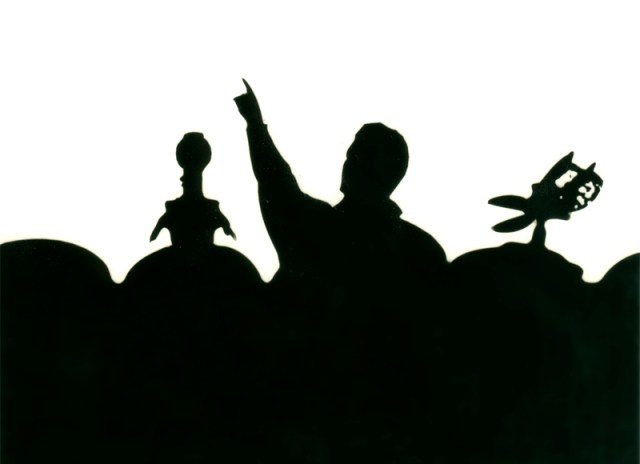 Wired sure knows how to bury the lead. Deep within an interview with Myster Science Theater 3,000 series creator Joel Hodgson, there was a brief discussion of an upcoming reboot of the show. Sure, that topic comes up all the time, but it looks like it might finally happen for real, and the timeframe is as soon as this spring.

The whole interview is worth a read — after all, if you’re reading this, you’re no doubt a huge Mystery Science Theater fan, because I’ve yet to meet a grown nerd who isn’t. Here’s the bit you’re likely to find most interesting, though:

[Wired:] This year Mystery Science Theater may finally get a long-­rumored, heavily anticipated reboot. This spring Hodgson is hoping to start a new online incarnation of the show, one that will feature a fresh (and as-yet-unannounced) host and cameos from many MST3K alumni.

Hodgson: I’ve talked to a bunch of fans about their lives and what MST3K means to them. I’m overwhelmed by how people took to that show. It really affected them. I thought, if enough people still love it, maybe we can bring it back.

So, let your imagination fly. Will they be able to secure the rights for the bots and setting of the original show (which is sadly unlikely), or will it be more of a spiritual successor? We already have a spiritual successor in the form of RiffTrax, which features the MST3K cast that I’m most familiar with: Mike Nelson, Bill Corbett, and Kevin Murphy. (Though I’ve watched and loved them all over the years.)

Then, there was Cinematic Titanic with the original MST cast, which had more of a narrative behind it that involved the cast being forced to watch the movies like they were MST and the familiar silhouettes, which is something I miss in RiffTrax. Maybe it’ll be a sequel to Cinematic Titanic and/or tie it together with MST in some way?

It’s been suggested before, but man, would it be great if this was a Netflix thing where you could turn it on and off like a commentary track. Although, that would assume they were riffing movies you might actually want to watch without the riffing like RiffTrax does, and that’s not exactly Hodgson’s thing, so we’ll have to wait and see. Thankfully, it looks like the wait probably won’t be long.