My Reaction to Mad Max: Fury Road and the Utter Perfection That Is Imperator Furiosa | The Mary Sue

My Reaction to Mad Max: Fury Road and the Utter Perfection That Is Imperator Furiosa 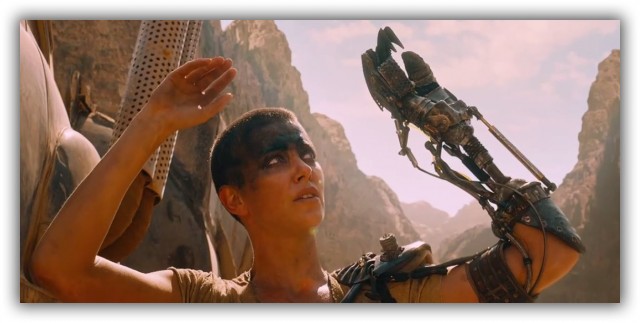 [Editor’s Note: The following was originally posted on L.J. Vaughn’s website and has been republished with permission.]

Okay so. Buckle up, kids. It’s time for Furiosa feels.

I am what’s called a fetal amputee. Fancy way for saying I was born with a missing limb. I’ve written about this on here before, but it’s been a long time and I’ve gained a lot of new followers recently (hai guyz) so it might be news to some of you. 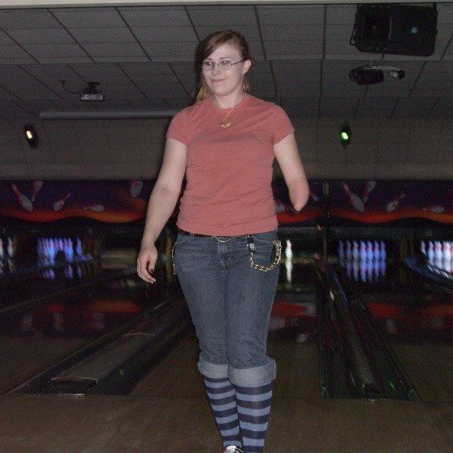 Above image: A photo of the author, a woman missing her left hand from just after the elbow down.

This is Charlize Theron as Furiosa. 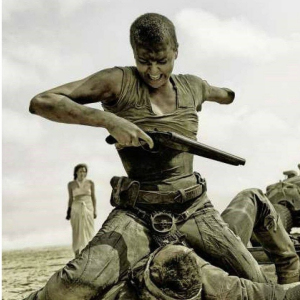 I finally wound up going to see this movie Monday night after work, by myself, cause I was too thirsty for it and couldn’t wait for my friends to be available. Everyone was out of town this weekend for various reasons, so I figured I’d just wait for someone to go with, but then Facebook started talking about how amazing it was and I just couldn’t put it off any longer. So that’s how I ended up in a theater last night, completely by myself – not another soul in the room, sobbing my eyes out.

Because you guys. I am turning 30 years old next week. I’ve been a fan of action film my entire life. And I have NEVER seen a physically disabled, kickass, female lead character in a Hollywood movie EVER – not once, until yesterday.

I am just about the biggest advocate for “representation matters” there is, but as a white woman I never really felt it applied to me all that much. Watching Fury Road, I realized how wrong I was. I’ve been this way my entire life and I’ve never felt “handicapped.” I’m disabled, yes – there’s shit I just can’t do, but an invalid I am not. For the most part I’ve always approached life with a “figure out how to do it and just get it done” attitude; I am loathe to admit I can’t do anything and I never give up without exhausting all the possibilities available to me. Watching Fury Road, I felt like I was watching my own struggle brought to life (albeit in a very fantastical setting), and I don’t think I ever realized how truly profound that could be for me.

The effortless manner in which this film has presented a character’s disability is incredible. I literally could not ask for anything more. It’s ubiquitous. No big deal. Her body is never a plot point. It is simply allowed to be. Let’s have some bullet points:

Let’s compare this to characters like Ephialtes from 300. Though Leonidas treats him with kindness, it’s made pretty clear that Ephialtes is a cripple. He’s not going to be a soldier. He is ultimately worthless to the cause of the Spartans. Pretty sure if Furiosa had shown up in that story, she would have taken one look at him, shook her head at Leonidas for shame, and set to work building Ephialtes a custom set of armor and a robot hand to hold his shield in proper Spartan formation. There, problem solved, bb. Now get yourself off to war and have a good time.

In addition to being a total badass, the TRULY amazing thing about Furiosa is that she is also KIND, EMOTIONAL, AND COMPASSIONATE. The main plot of the film is her struggle to help these women escape abuse and slavery, to return to her homeland and family, and find peace in a simple life, away from war and suffering. She transcends the female action star stereotype of the unfeeling hard ass. It’s as if she were an actual human being, with real emotions and struggles, not reduced to a caricature of human existence. Buh-whaaaat?

In conclusion. This movie is feminist. It is powerful. It presents ability in a realistic, beautiful way.

Now, I better go. If I don’t cosplay this character immediately I’m pretty sure all my friends will riot.