My Protagonist Is Not the Center of the Universe: One Author’s Take on How to Not Write the White Savior 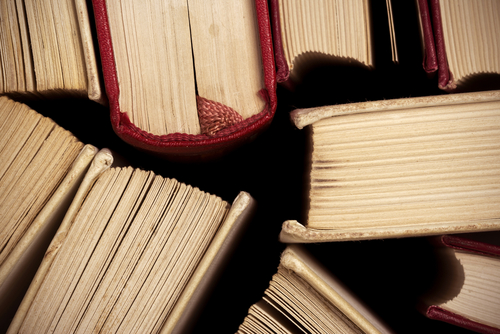 One of the challenges I face in every novel I write is about how to effectively incorporate diversity that’s appropriate to the setting I’m writing about. Whether I’m writing from the perspective of a young Amish woman or a ghost hunter in Detroit, it’s critical to show that my protagonist exists as a moving part in a larger world. In Nine of Stars, it was important for me to be able to include characters who were Native American, and not whitewash the weird west. I try to be respectful, but mostly I try really, really hard not to be a dick.

One of my teachers encourages her students to read Jamie Sams’ The Thirteen Original Clan Mothers. The whole book is deeply beautiful, but there’s one chapter that really hits a nerve with me as I write. It’s about Listening Woman. She’s the Clan Mother of the Stillness, and her gift is Entering the Silence (the Tiyoweh), which allows her to hear the truth of other people, animals, the Great Mystery, and the whole world around us.

Listening Woman teaches that each creation, each person, each being, has her own personal truth. She shows us that everyone has a point of view to be respected, and how to see the truth in others’ viewpoints with love and with patience. That’s a huge lesson, something that must be practiced every day. And that’s something I try to apply to writing: being mindful of diverse perspectives.

Sometimes, a protagonist in a book is a thinly-veiled avatar for the writer. My protagonist in Nine of Stars is a white woman, Petra Dee. I have a pretty good grip on what it’s like to be a white woman in modern U.S. society. That’s a perspective that I think Listening Woman would say I know well.

But I don’t want to surround my protagonist solely with other white women, to create an echo chamber of perspective. That just doesn’t happen in a realistic world – never mind that it would make for a terribly boring story. Petra interacts with people of other backgrounds on a daily basis, just as I do in my world. She doesn’t exist alone – she’s going to make friends and have relationships with people who aren’t the same as she is. They’re going to be of different races, religions, sexual orientations, ages, abilities, and gender identities. She’s going to form friendships, develop working relationships, and have casual interactions with other people. Maybe she’ll flirt or fall in love. Listening Woman, I think, would encourage her to not to separate herself from others, but to seek connection. In doing so, she’s bound to have arguments, make some enemies, and have different goals than many of the people she encounters. These varying points of view are part of life, and also part of writing a book.

There’s a temptation in writing to put supporting characters in refrigerators, to borrow Gail Simone’s brilliant phrasing. Gail Simone remarked on the prevalence of the plot device that involves hurting or killing a female character to inspire character development in a male protagonist. I thought about this for a very long time the first time I read it, and have been mulling it over ever since. Characters should not be put in refrigerators, especially supporting characters who are POC, LGTBQA, female, or anyone who bears the burden of systematic discrimination. They shouldn’t be imperiled just to develop the protagonist, make her seem witty and powerful, or give her someone to rescue. My protagonist is not the White Savior who rides into town to solve everyone’s problems.

There’s an old saying about how everyone you meet is the hero of their own story. The people around Petra are the heroes of their own stories, too. They have their own arcs, their own conflicts, desires, and development. My protagonist is a supporting character in *their* lives, and she knows it. I resist using the word “heroine” interchangeably with “protagonist” for this reason. She’s not the Chosen One or someone with a special destiny riding into town to save the day with a sword she yanked out of a stone last weekend. As such, I want her to be open to learning. To ask questions. To try and do the right thing, whatever she thinks that is, and be open to correction.

Petra is not the center of her fictional universe; she’s one star in a constellation of a dozen people, most of whom are different from her. Parts of the story may be told from her perspective, but she’s conscious that she’s not alone, and she can feel the gravitational influence of the people around her. They are just as powerful as she is and have as much agency as she does. They’re all equals, trying to bridge distance and improve the world in their own ways. Petra wants to serve, and is trying to figure out the best way to do so.

And that’s what I want to do when I write. I want to try to apply Listening Woman’s lessons, to understand that words are powerful. We can use them to make connections, or we can use them to put people in boxes. Let’s keep everyone out of those refrigerators and respect individual, interconnected storytelling. Above all, let’s listen to each other.

I’m still learning every day and trying hard to embody Listening Woman’s lessons. I’d love to hear your thoughts, comments, and experiences in the comments. Thank you for taking the time to help me expand my universe.

Laura Bickle grew up in rural Ohio, reading entirely too many comic books out loud to her favorite Wonder Woman doll. After graduating with an MA in Sociology – Criminology from Ohio State University and an MLIS in Library Science from the University of Wisconsin-Milwaukee, she patrolled the stacks at the public library and worked with data systems in criminal justice. She now dreams up stories about the monsters under the stairs. Her work has been included in the ALA’s Amelia Bloomer Project 2013 reading list and the State Library of Ohio’s Choose to Read Ohio reading list for 2015-2016. More information about Laura’s work can be found at www.laurabickle.com.