How Would Various My Hero Academia Characters Celebrate Thanksgiving? 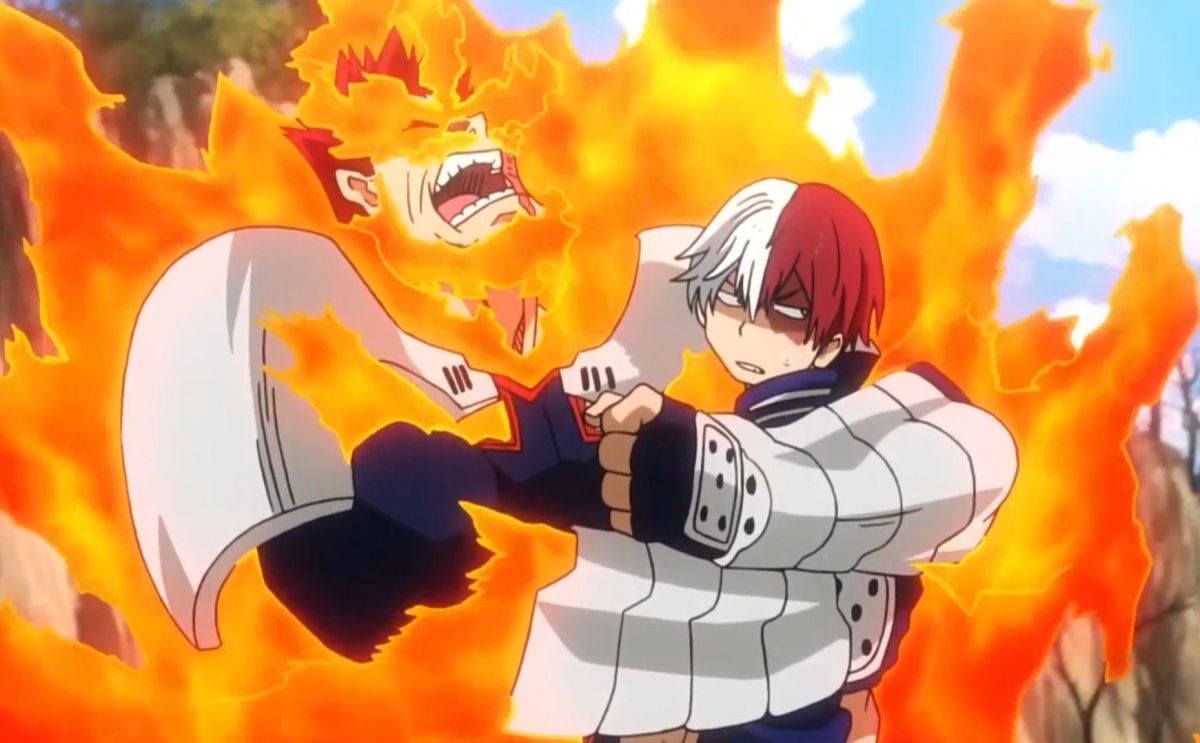 Happy “I hope all of these leftovers can fit in my fridge” day! Did you buy enough aluminum foil? How’s that Tupperware holding up? As we all simultaneously take our first nap after eating, I want you to drift away with me and imagine how characters from my current favorite shonen anime would spend the day. Why? I dunno, cuz I need content for the day but I’m hyper-focused on this pack of King’s Hawaiian rolls that have been sitting here, untouched, until today.

So here are some silly headcanons based on the family dynamics we’ve seen on the show or characters who have done anything with food. 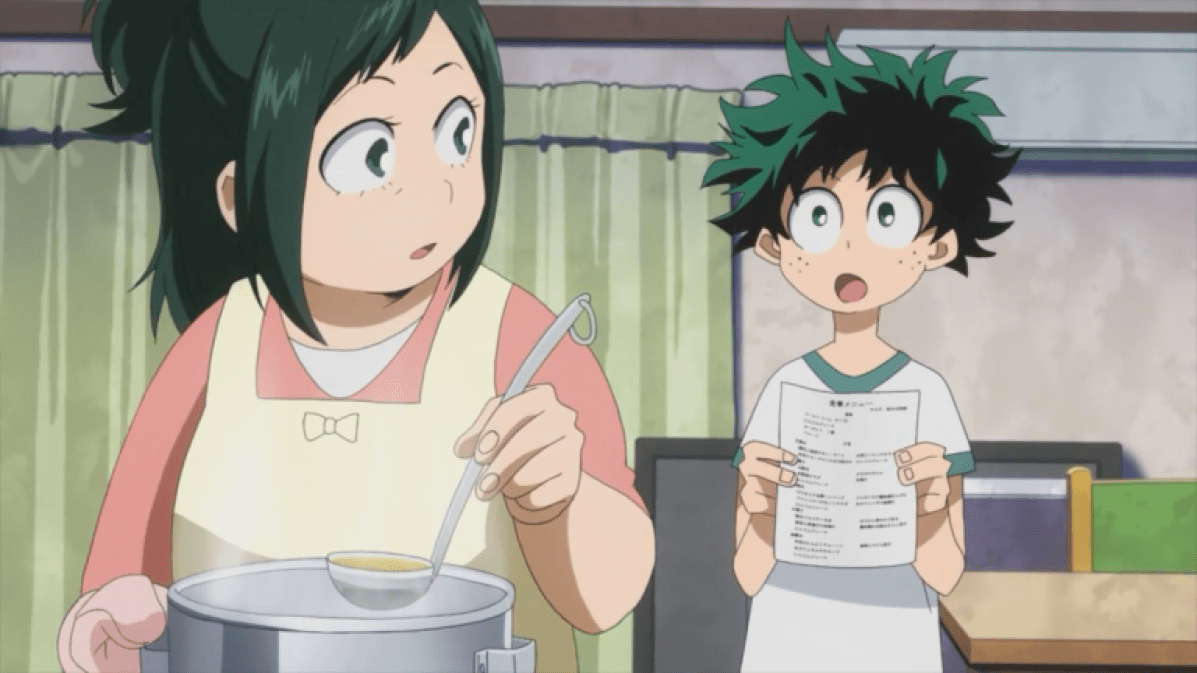 Mama Inko is the type who gets up before the sun on Thanksgiving day and makes an entire meal even if it’s just her and Izuku. Izuku does the prep work and gets emotional about how thankful he is to have a mom like Inko. If this is taking place during the series today, he’d also be thankful for his friends, for All Might, and for the relationship mending between him and Bakugo (especially in the manga). All and all, an UwU family moment. 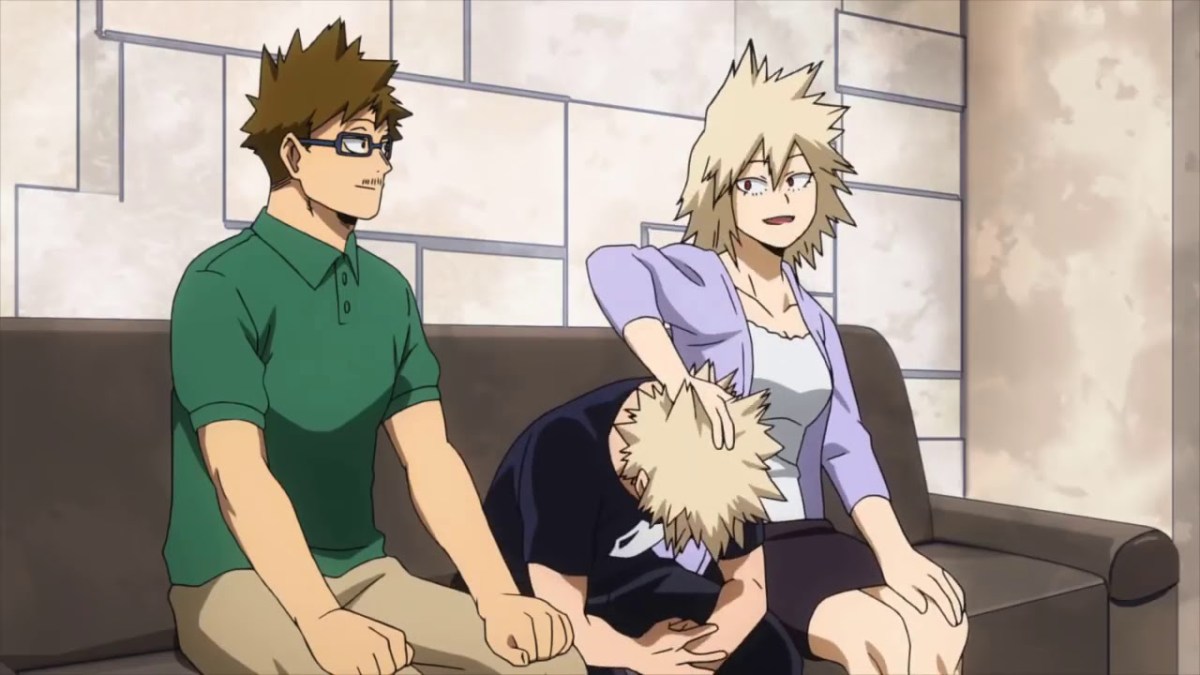 Unless if Masaru is cooking, the meal gets catered in by Mitsuki. Her vibe screams “hire others to do this for me” and I can appreciate that queen level shit. Bakugo would “sneak off” to the Midoriya house to get some of Inko’s food because, well, you can’t just NOT eat Inko’s food. I say sneak off in air quotes because Mitsuki tells him to bring her back a plate. 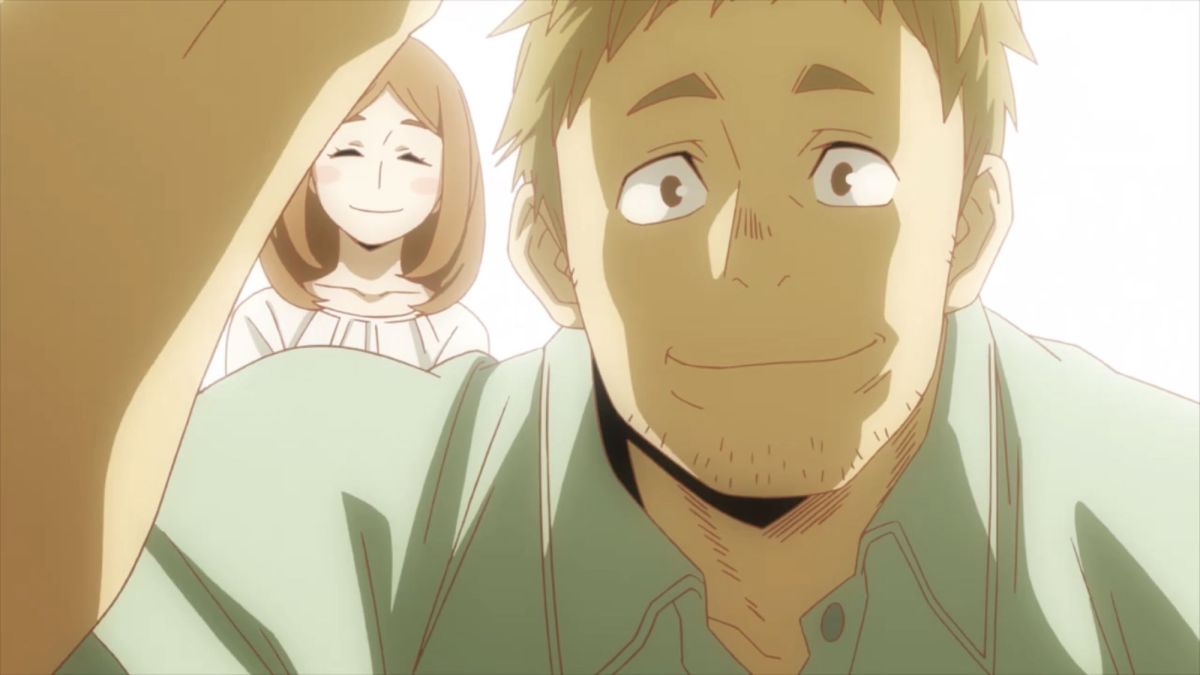 Since we know that Ochaco’s parents are working class and that she’s trying to become a hero to make sure her family is financially set, I imagine that Thanksgiving goes one of two ways. Either they buy a ready-made meal since they’d be working so much and would have very little time off, or they actually have a big meal that they’ve been working extra hours for, cashing in on that holiday pay so they could go all out for the occasion. It’s similar to what my mother has told me, how she and my dad (when they were married) would work extra hours to save that overtime money for the big holidays like Thanksgiving and Christmas. 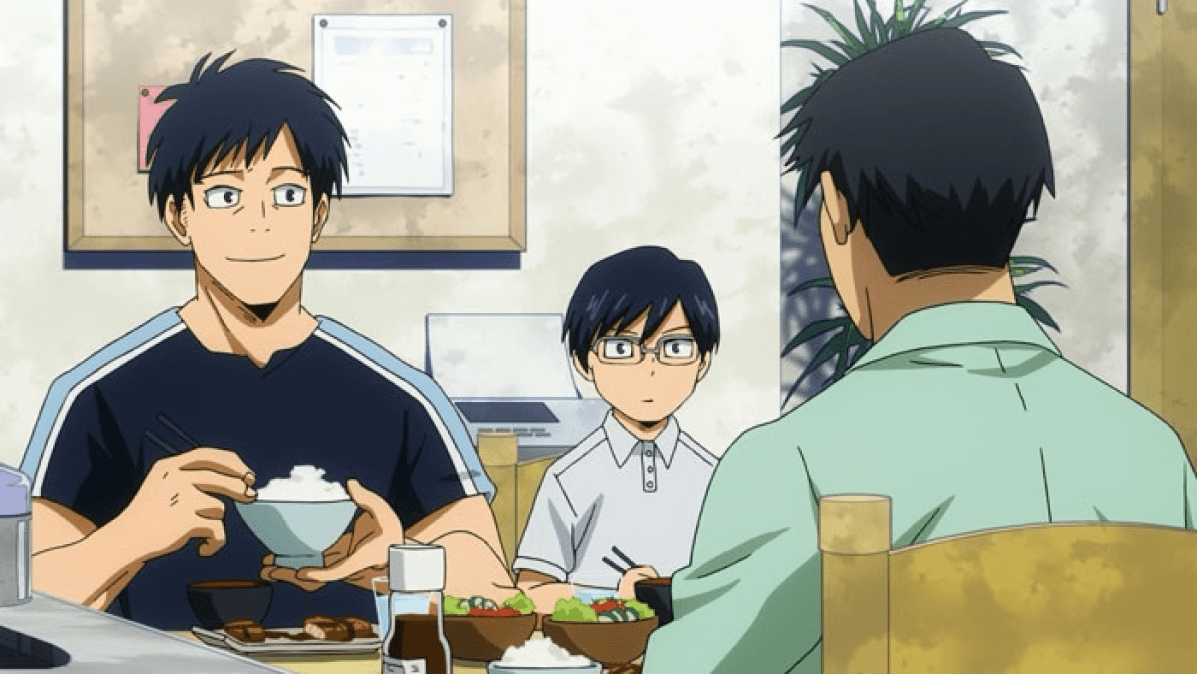 The Iida family enjoying a meal.

Knowing that the Iidas have been in the hero business for generations, and knowing that Tensei is so beloved that he has a ton of sidekicks, this family Thanksgiving is gonna be huge! The sidekicks would each bring something to the table, potluck style, and it’ll be way too much to eat. And that’s just Tensei’s sidekicks, with the notoriety that the Iidas hold, we can expect tables upon tables of dishes. If this is taking place during the series today, there’d be even more food, as the sidekicks and anyone else who cares about the Iidas would be concerned for Tensei’s wellbeing since he was hurt.

Our main boy and class rep, Tenya, would later suggest bringing the food they don’t need to a homeless shelter. 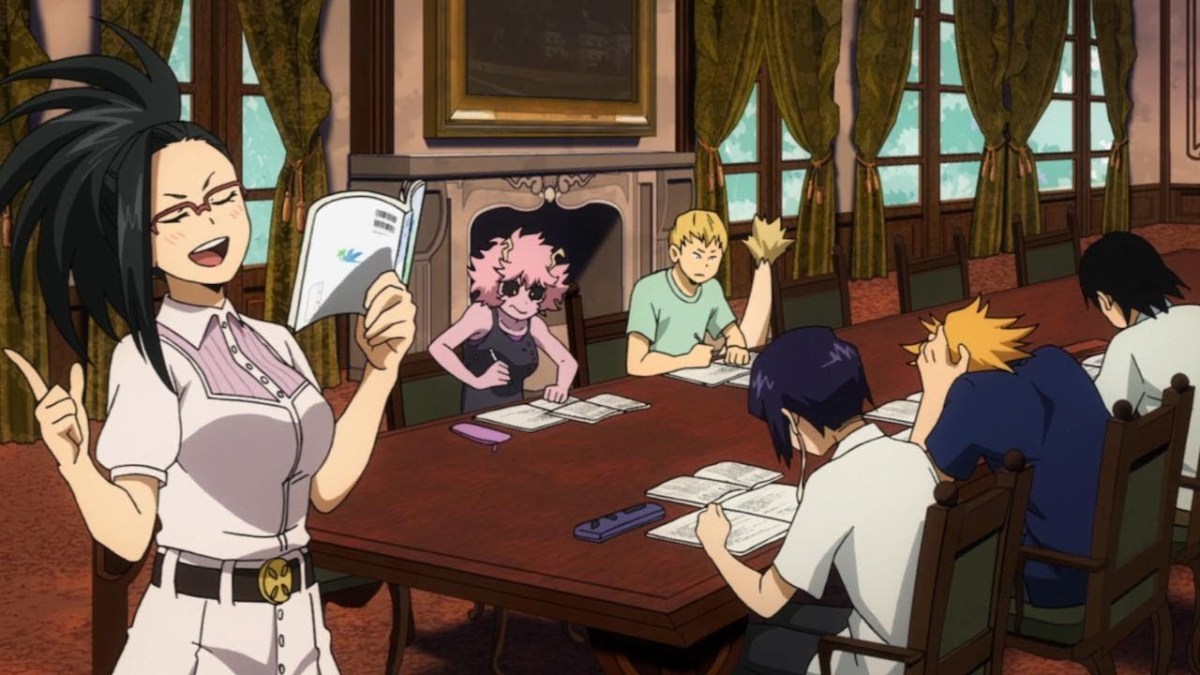 How to prepare for a proper Thanksgiving.

Momo would be the one to address the elephant in the room because no, Japan doesn’t celebrate Thanksgiving, at least, not in the same way we do in the US. This would lead her down a rabbit hole of reading up on how several countries celebrate the concept of Thanksgiving which, of course, means that they would have to have food from each of those countries. Momo is part of the Class 1A Rich Kids Club (along with Iida and Shoto, according to fandom), so arranging this sort of spectacle would be very doable. That, and Momo’s a perfectionist, so she’s gonna celebrate ALL the Thanksgivings.

Me, looking at the anime: Fuyumi would try to do something and the kids would probably visit their mom in the hospital. Endeavor… um… might try to come? It’d be tense as hell but, who knows, with that High-End Nomu battle and concern for his safety it might be… ok? Ish? 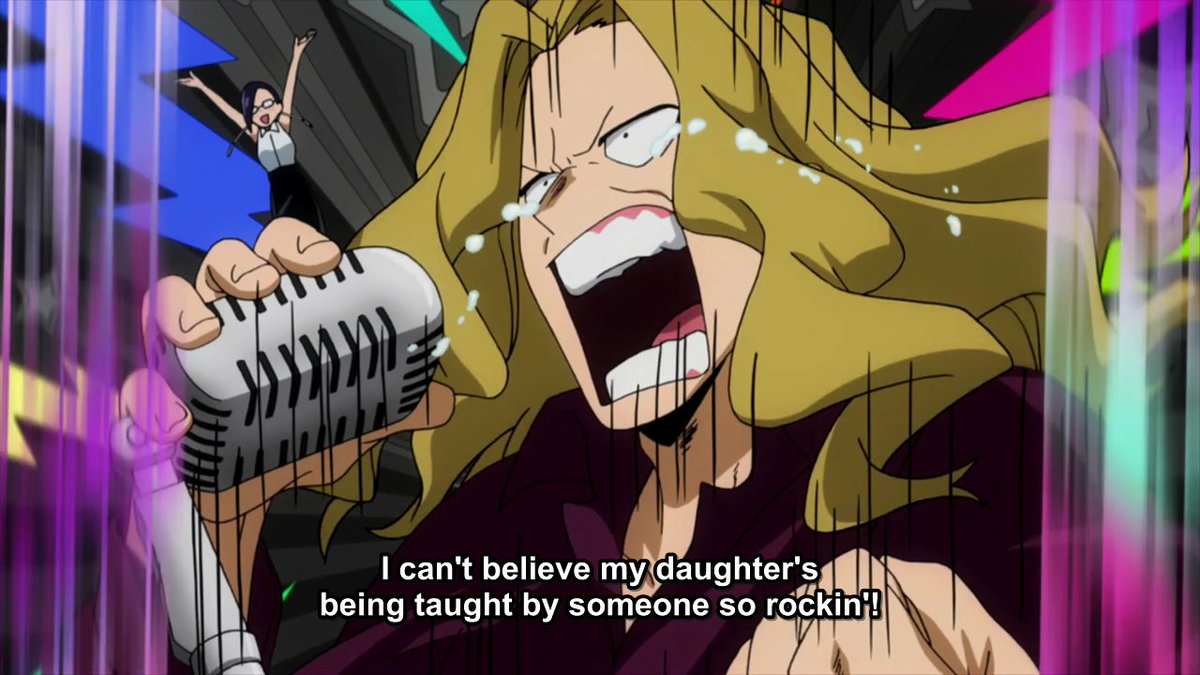 Her father strikes me as the disastrous type who can only make one thing. Cranberry sauce. The kind you buy at the store and pop open the can. It’s cool, mom buys a meal from Popeyes or something. Problem solved. Kyoka gives her dad a hard time but she loves it. 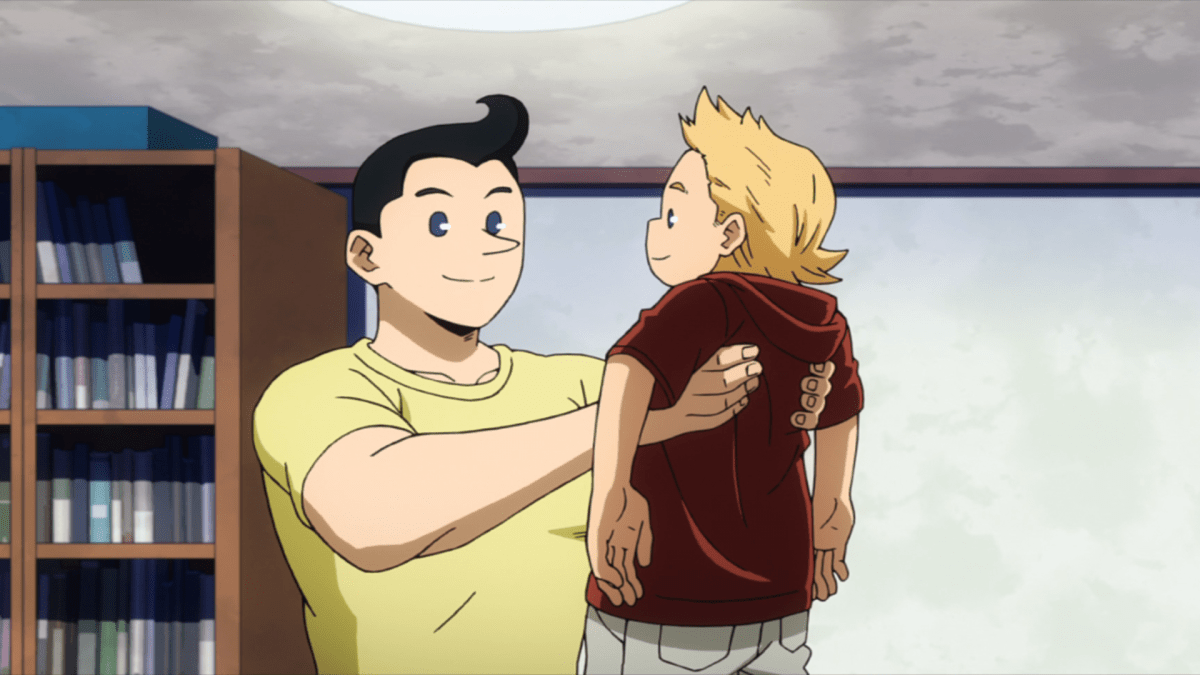 This is so wholesome!

From the brief glimpse we get of Mirio’s father I surmise that he is a pretty wholesome, reasonable man.

They go to Tamaki’s house. His quirk is food-based, that’s a house that’s gonna have good food on Thanksgiving. This also answers what Tamaki’s gonna be doing for Thanksgiving!

All Might goes to Midoriya’s house. Izuku faints because All Might is at his house on Thanksgiving. Next question.

Ok fine if not Midoriya’s place he’s hanging out with Dave Shield or one of the UA Teachers or something. He doesn’t strike me as the type to make his own dinner and invite guests over, he’s going to someone’s house. 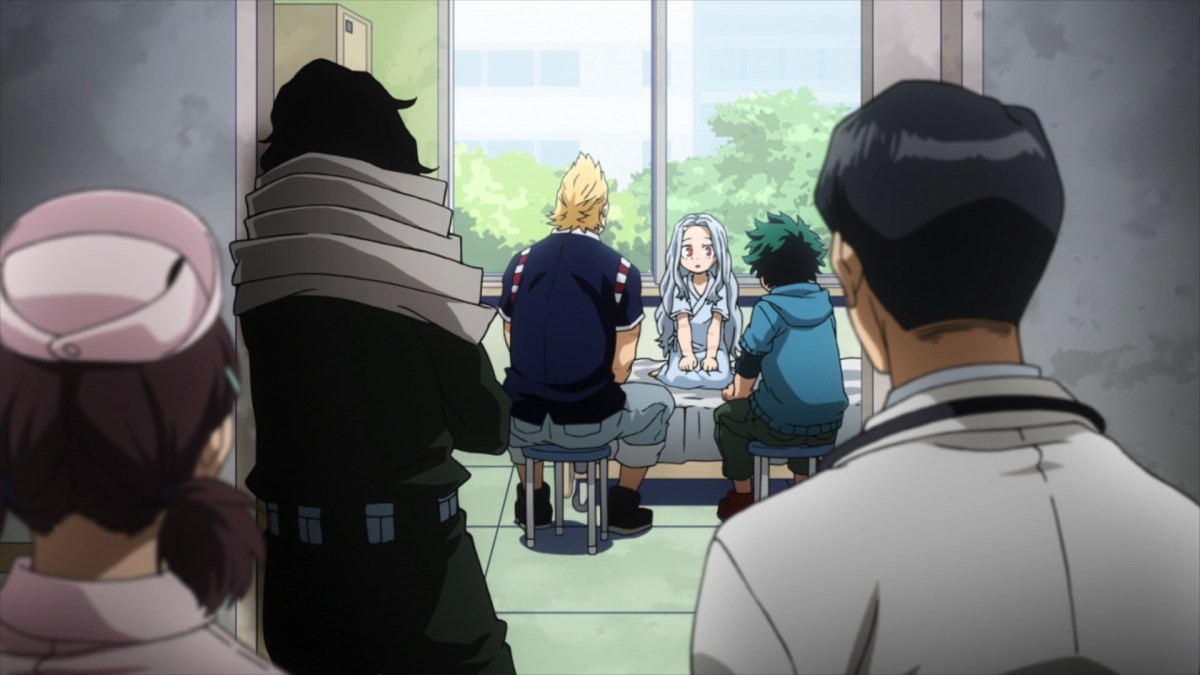 Aizawa’s about to adopt this child.

Look, this man traditionally spends the day catching up on all that sleep he’s been desperately reaching for then nukes a hot pocket in the microwave when he wakes up 18 hours later. However, this year, he’s got kids he’s concerned for, especially Eri. He googles how to make a Thanksgiving meal and, well, does a damn good job. Present Mic shows up unannounced because of course he does. 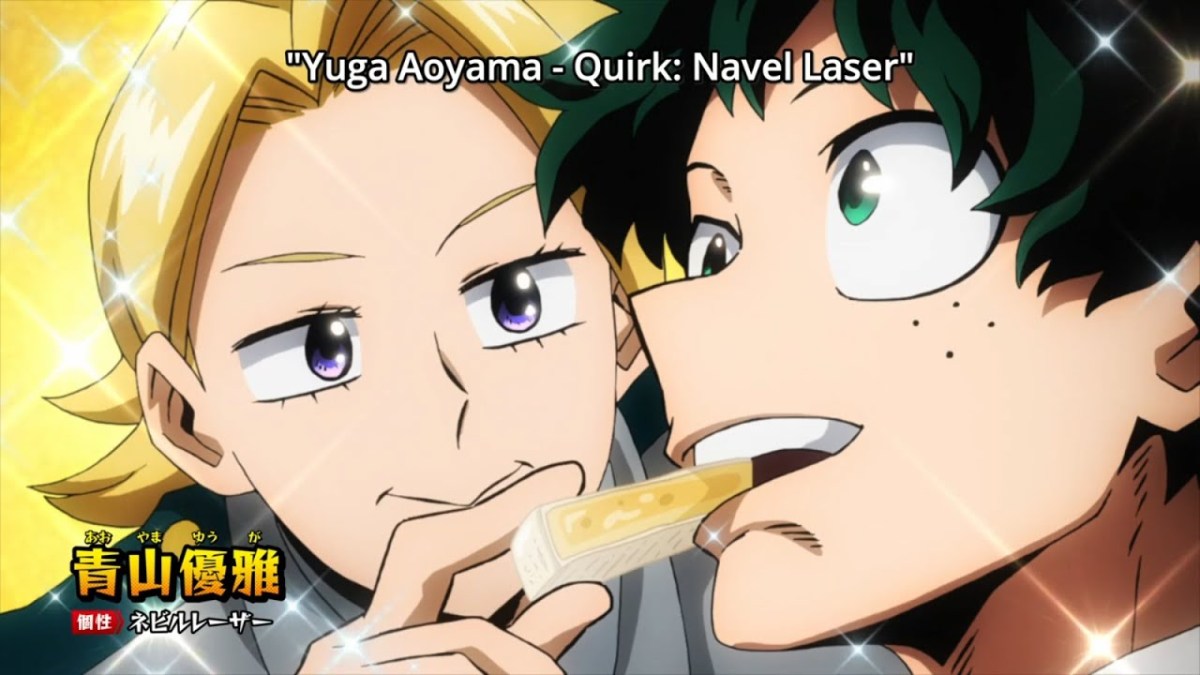 This is based purely on that cheese incident. I imagine that this beautiful glitter bomb of a boy would make the fanciest macaroni and cheese anyone has ever seen. Hopefully, he doesn’t use it to spell out cryptic messages to Deku, that’d be a waste of food, just talk to your classmate then offer him a plate, jeez. 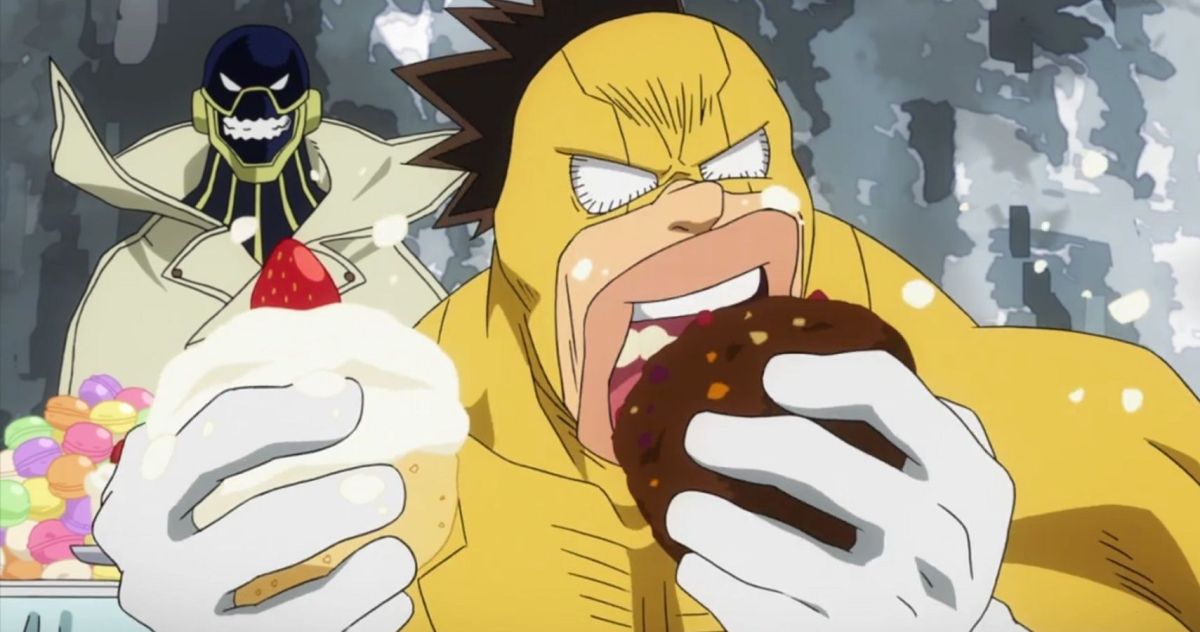 It’s for his quirk, honest!

Again, not based on any family interaction, but knowing the basics of his quirk and all the baking he does because of it this man is definitely making pies. Like. He started on Monday. 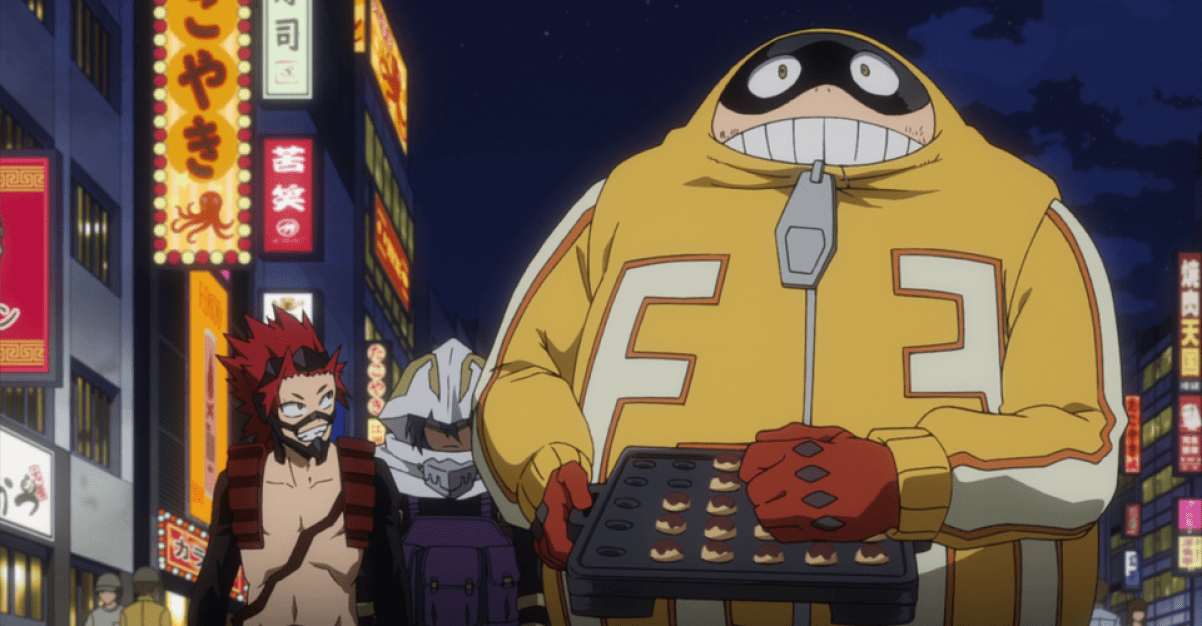 I’m definitely going to his house!

Speaking of someone who probably started cooking at the beginning of the week. This is the house to go to. Hands down. Fat Gum is gonna have all kinds of food, and it’s gonna be amazing. He gives the vibe of that one family member who’s making the, quote, “ugly food,” the one who’s not only immune to the smell of chitterlings, but delights in telling kids what they’re made of before putting dabs on hot sauce on them and gobbling them right up. 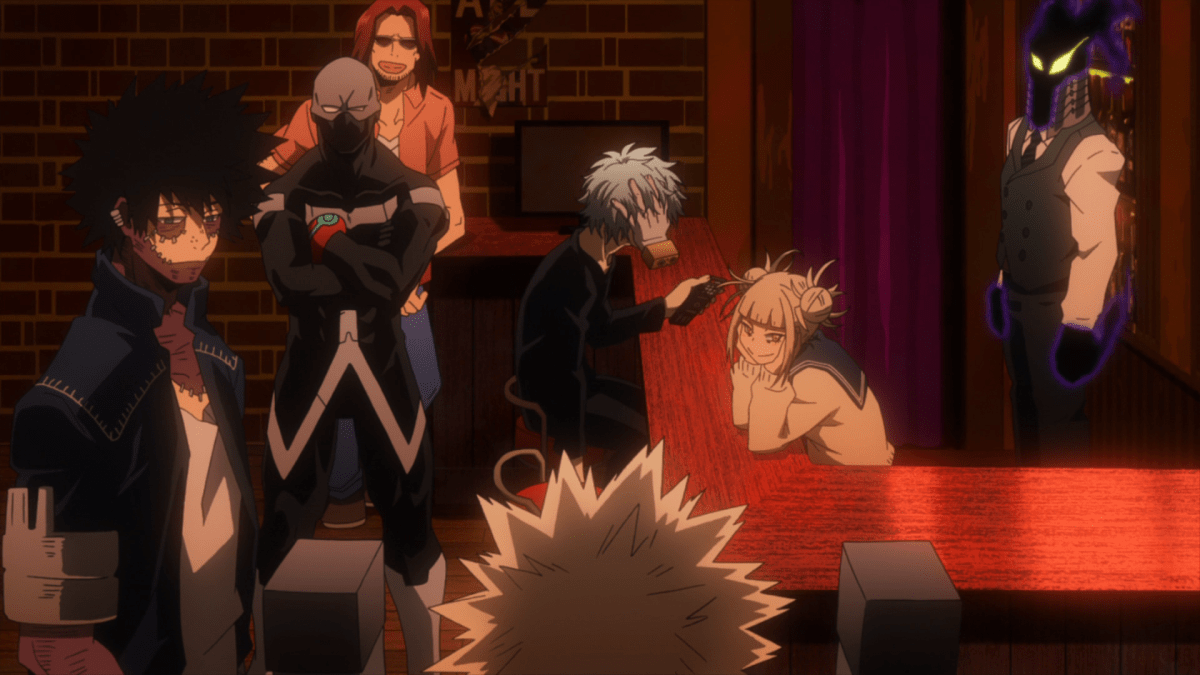 Set the table for chaos!

This group has become a surprisingly solid family unit, not just in the anime with their respect of Magne, but because of their evolving interactions in the manga. That being said, they are totally holing up in a White Castle or Taco Bell. It’s stoner food all the way for the league!

Happy “eat with your favorite people but since we’re in the middle of a pandemic do it virtually please don’t have giant gatherings” day!