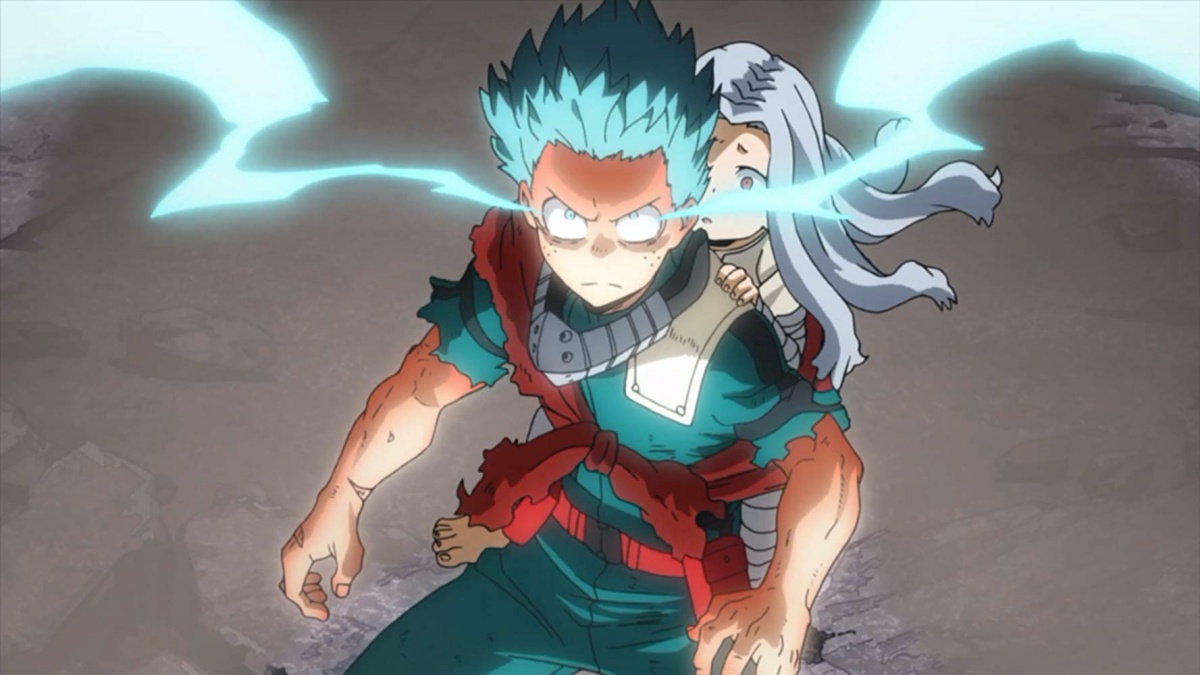 My Hero Academia is one of the more popular manga and anime series right now. It takes place in an alternate universe where the vast majority of humans have manifested superpowers called “quirks,” and our sweet baby-faced protagonist, Izuku “Deku” Midoriya, is the hero we follow on his journey to be a superhero. A lot of the series like to use names based on puns, but unfortunately, one of the most recent names given to a villain had some unfortunate implications.

**Spoilers for My Hero Academia manga.**

According to io9, the most recent chapter of My Hero Academia from last week revealed that a character named Ujiko’s real name was Maruta Shiga, and he was a scientist. This revelation led to a huge backlash that has led to the character’s name being changed. Why? “The reason is the word “Maruta”—which, in Japanese, simply means ‘log’—is a term used to refer to the experiments of a covert biological warfare research and development detachment of the Imperial Japanese Army in World War II, Unit 731.”

Unit 731 conducted experiments on human test subjects including “chemical research, vivisection, and the testing of traditional and biological weaponry.” The test candidates were called “logs” in order to obscure the reality of what was going on. You can read the New York Times article from 1995 by Nicholas D. Kristof, if you want to read some first-hand accounts, but it goes without saying that what happened was horrific.

Considering that the character in question is an immoral geneticist, it didn’t take long for people to speak out about the connotations that this name and character have.

In a lot of places, the horrors of what happened in the East at the hands of Japanese soldiers and the Japanese government is not readily known. While The Rape of Nanking, by Iris Chang, has helped to change that, I had never heard about United 731 until reading up on this story. It’s blood-chilling.

“Unit 731 of the Japanese Imperial Army conducted research by experimenting on humans and by “field testing” plague bombs by dropping them on Chinese cities to see whether they could start plague outbreaks.”

Shonen Jump and My Hero Academia creator Kohei Horikoshi both issued apologies about choice of name.

The translation, supplied to io9 by a Japanese-speaking coworker, goes: “With regard to the character of Shiga Maruta, who was revealed in issue 10 of Shonen Jump (published 2/3), it has come to our attention that many find the name to reminiscent of ‘past historical events.’ In naming the character, the author and editorial department had no such intention. However, so as not to associate the work with an unrelated history, having consulted the author, it has been decided to change the name in future publication.”

“With regard to the reveal of Shiga Maruta’s character in the latest Jump, it seems many had the impression it related to historical events,” Horikoshi’s statement reads. “That was not my intention when naming the character. We’re taking your comments and will replace the name in the future.”

Another popular anime, Attack on Titan, has also been accused of spreading fascist subtext, and for non-Japanese anime fans who may not always be aware of the cultural implications of certain stories, it is important that we do the work in trying to be more aware when these conversations do come up.