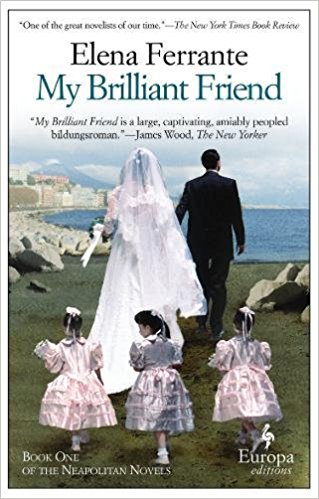 HBO recently announced that they’d adapt Elena Ferrante’s Neapolitan novels into an eight-part Italian-language series, exciting news for many fans of the series. After all, the complicated and riveting friendship between Lenù and Lila over 50 years set to a backdrop of class conflict and social change has all the elements of a powerful television epic and partnering with Italian broadcaster Rai ensured a promising level of authenticity. For instance, Ferrante takes care to note when characters are speaking dialect vs. scholarly language, something that would be lost in an English-language adaptation.

However, Harper’s Bazaar‘s Julie Kosin noted a glaring issue: all eight episodes are set to be directed by male director Saverio Costanzo. While Costanzo has a strong background in directing, as Kosin pointed out, the decision to hire him as director continues the industry’s culture of pushing aside female directors and goes against many of the book’s themes. In the series, Lenù and Lila constantly grapple with gender oppression and the question of who gets to tells what story. Lenù as a writer, particularly, deals with these conflicts directly and there’s a strong emphasis on how her experience as a woman informs her work. If there’s any adaptation that should have a female director, it’s this one. And, to be honest, I don’t think we need any more stories of sexual violence coming from men at HBO.

I love Ferrante’s novel, but I’m really disappointed by this decision. What do you think?