Muslim Teen Schools Internet on the Differences Between Religion, Culture, and Oppression 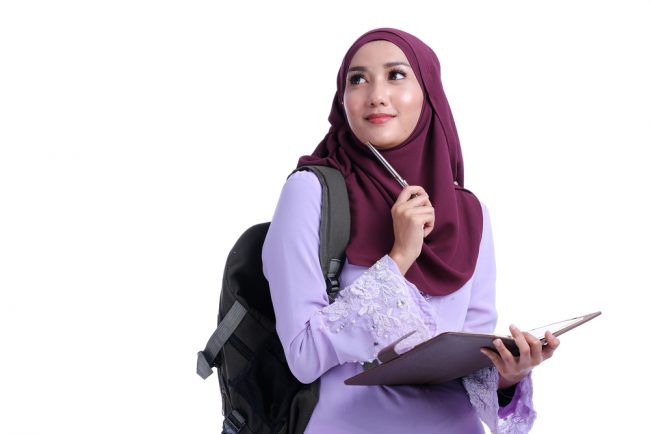 Feminism is ultimately about agency; about women being able to design their lives for themselves as freely as men do. And so, there’s nothing a woman can wear that is inherently oppressive. What matters is whether or not she chose to wear it freely. It seems that some people don’t understand this, and feel the need to correct women’s behavior to “save them from themselves.” Well, one teen girl isn’t having it.

17-year-old Lamyaa is a Muslim girl living in Pennsylvania. After participating in a group text with some people about Donald Trump, one person said to Lamyaa: “Stop defending Islam B**** shut up you couldn’t take that scarf off or your dad would beat your ass.”

So she did the natural thing that probably any teenager would do. She texted her dad, who lives in Saudi Arabia, then posted the results on social media. According to the screencap posted over at Pajiba, her dad’s response to her saying “I was thinking I want to take my hijab off” was …

He supports his daughter and wants to make sure she’s okay. What a monster.

She then made a follow-up comment to ensure that people didn’t misinterpret her original point. She’s not denying that some women are indeed forced to wear hijab. Rather, she’s speaking up against the assumption on sight that all women who wear hijab are being oppressed.

Lamyaa gave Upworthy her personal reasons for deciding to wear her hijab:

“People believe that Islam is misogynistic, hateful, or violent, and I think that stems from their inability to differentiate culture and religion. Islam is a religion and, like all religions, it is what you bring to it.

“I wear my hijab because it is sacred to me. It displays my connection to my faith and God. When I have the hijab on, I act kinder and I am more aware of what I say and do. This is because not only am I representing myself, but I am representing a faith much bigger than me.”

Now, because people can be horrible no matter what their religious affiliation, Lamyaa’s tweets have since been set to private. Aaand this is why the Internet can’t have nice things.

Regardless of where you stand on organized religion, I think we can all agree that as long as you don’t hurt others, or prevent them from worshiping (or not) as they choose, you should be able to observe as you choose. The tricky part is when we come up against the fact that half of any religion is made up of women, and they have the added layer of sexism to contend with. People telling them what they should wear and what they shouldn’t from all camps: religions unfairly enforcing rules on women while letting men slide. Secular society dictating women’s oppression to them without getting their input, or believing their choices are real.

Let’s not forget that men wear head coverings in several of the world’s religions, including Islam. And on an individual basis, they choose to wear them or not. And while that decision is often influenced by external factors, like culture or country, that doesn’t make it any less of a personal choice.

Shouldn’t women be able to move as freely in their religions as men without commentary from the Peanut Gallery?