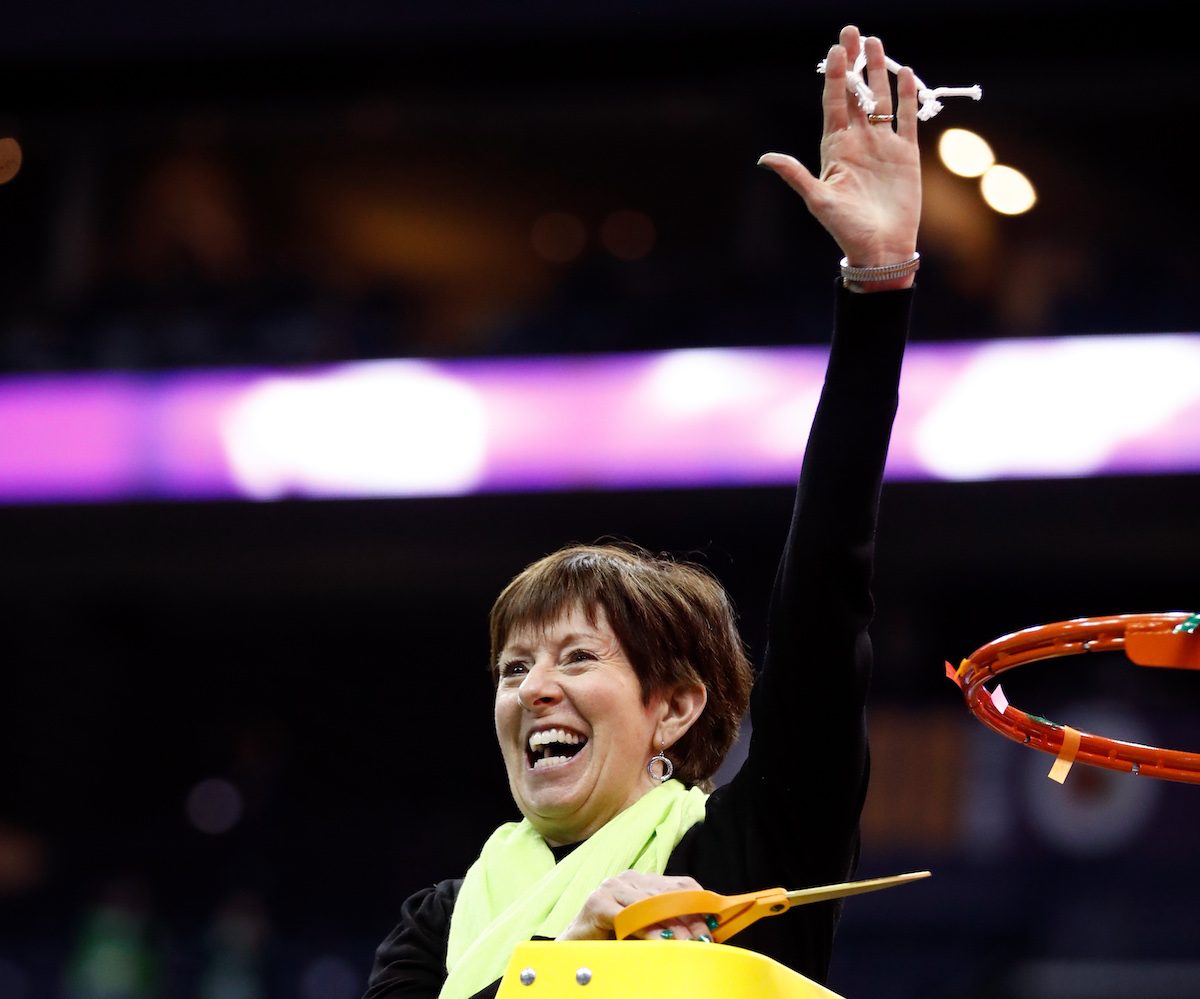 Notre Dame’s Muffet McGraw is done hiring men. In a recent profile on Think Progress, the women’s basketball coach talked about the declining number of female coaches in college athletics and the harassment and discrimination those women who are hired have to face.

For some background, the article’s author, Lindsay Gibbs writes, “Before Title IX, the federal law that bans sex discrimination in education, men’s and women’s athletics programs were more or less separate. Women’s sports were, for the most part, run by women. After Title IX was introduced, most athletic departments merged, and male athletic directors took over. The women were kept around as secretaries.”

For the last seven years, McGraw has had only female coaches on her staff, and when asked if she plans to hire a male coach in the future (as she had for decades before), her answer was simply “No.”

At a press conference Thursday, McGraw was asked about those comments, and asked “how seriously [does she] take being that voice,” presumably meaning a voice calling for gender parity in college sports. She did not hold back in her response. She came with fire and she came with facts.

“Did you know that the Equal Rights Amendment was introduced in 1967 and it still hasn’t passed?” she said. “We need 38 states to agree that discrimination on the basis of sex is unconstitutional. We’ve had a record number of women running for office and winning and still, we have 23% of the House and 25% of the Senate.”

“I’m getting tired of the novelty of the first female governor of this state, the first female African-American mayor of this city,” she continued. “When is it going to become the norm instead of the exception?” Women in leadership positions are, too often, still an anomaly in most industries. Girls can get inspired by seeing the first person that looks like them move into a leadership role, but ubiquity in those roles is even more inspiring.

She goes on to say,

All these millions of girls that play sports across the country, they could come out every day–and we’re teaching them great things about life skills but wouldn’t it be great if we could teach them to watch how women lead.

Right now less than 5% of women are CEOs of Fortune 500 companies. So yes, when you look at men’s basketball and 99% of the jobs go to men, why shouldn’t 100 or 99% of the jobs in women’s basketball go to women? Maybe it’s because we only have 10% women athletic directors in Division I. People hire people who look like them and that’s the problem.

Muffet McGraw: A voice for women.