Review: Mudbloods Documentary Shows You An Amazing New Side to Quidditch 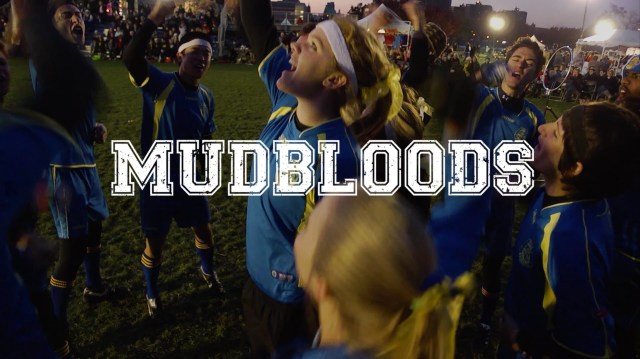 A whole generation of Harry Potter fans can probably still remember the heartbreak they felt in childhood upon realizing that Hogwarts isn’t real and they weren’t going to get sent a letter in the mail informing them of their supernatural wizarding powers. There are ways to pretend otherwise, of course, but only one such method involves running, jumping, and brutally body checking your opponents as a crowd of onlookers cheer for you. Ladies and gentlemuggles: welcome to Quidditch.

That’s right, the made-up sport that involves swooping around on a broomstick has metaphorically flown off the pages of J.K. Rowling’s epic fantasy series and become an actual thing that you can do with your spare time. Now, thanks to director Farzad Sangari,  it even has its own documentary: Mudbloods, which follows the UCLA Quidditch team as they compete in the Fifth Annual New York City Quidditch World Cup in 2011. We’ll have an interview with Sangari and one of the UCLA team’s former players up later this week, but for now, let’s talk about the documentary itself and what makes it so compelling to watch.

Even if you’re not a die-hard Potter fan and have no frame of reference for what Quidditch is “supposed” to look like, watching its real-world counterpart for the first time will probably take a little bit of time to adjust to. As the film explains, it’s something of a cross between rugby and dodgeball, though still technically played on a broom—players must hold one between their legs as they run around, effectively making the sport one-handed. The golden snitch also undergoes an un-magical makeover; it’s now a person with a tennis ball in a sock strapped to their back who gets to run around wherever they want until they are “caught” by a seeker, thus ending the game.

If that sounds cute and quaint, it isn’t. Quidditch is a full-contact sport that, like soccer, requires its players to be alert and running at all times. You catch a glimpse of this in the documentary’s trailer below, but that doesn’t make it any less jarring when the players you’ve gotten to know and care about about over the course of the film are violently thrown to the ground by members of opposing teams—particularly, for me, when it’s one of the smaller female players (Quidditch is also a co-ed sport as well). Nothing like seeing someone roughly your own weight and body type get knocked down so hard that you can almost feel it yourself, am I right?

But for most players, it seems that getting hit is all part of the fun. It’s not just a love of the wizarding world that drives them towards their sport of choice; believe it or not, UCLA team founder Tom Marks hasn’t even read all the books, and had to be told by a family member what a “mudblood” is (and yes, this is partly where the film gets its name—we’ll talk about that more later this week). Rather, what really inspires most of the open-minded, athletic, nerdy college kids who play Quidditch is the opportunity to be a part of a fledgling new community, and watch it grow far beyond what they could have imagined.

That’s why Mudbloods works so well, in fact; despite the occasional interview with superfan Katie Aiani and the ornamental trappings of house colors and homemade wands, at it’s core it’s not really about Harry Potter fandom at all. Instead it’s a fresh, inventive spin on your average underdog sports story, one that not only pits UCLA against highly competitive teams from the east coast, but also follows International Quidditch Association commissioner Alex Benepe as he struggles to get the Fifth Annual World Cup off the ground–which, in the wake of real-world-fandom disasters like this year’s Dashcon, is incredibly stressful to watch. And, most importantly, it shows the overwhelming passion and dedication of both the players and the World Cup organizers, both on the “pitch” and off.

By the end of the movie, you might just forget for a split second that Quidditch isn’t a highly popular national past time. But you’re sure to remember that little jolt of adrenaline you get from watching the players give it their all. And you’ll definitely want to try it out for yourself at least once—with maybe some more protective padding, of course. 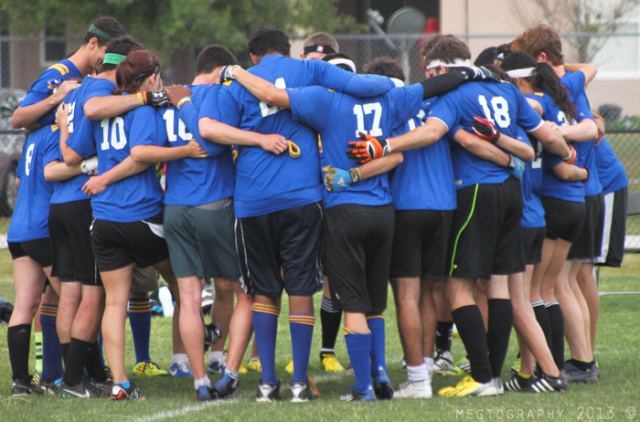 Mudbloods is available on Netflix Instant Watch, iTunes, and Amazon Video, but if you’d like to support the film—and a number of collegiate Quidditch teams across the country—by buying a digital download directly from them, you can use a $1 off coupon at the Mudbloods movie website by typing in the code MARYSUE.

(images via the Mudbloods Kickstarter page)