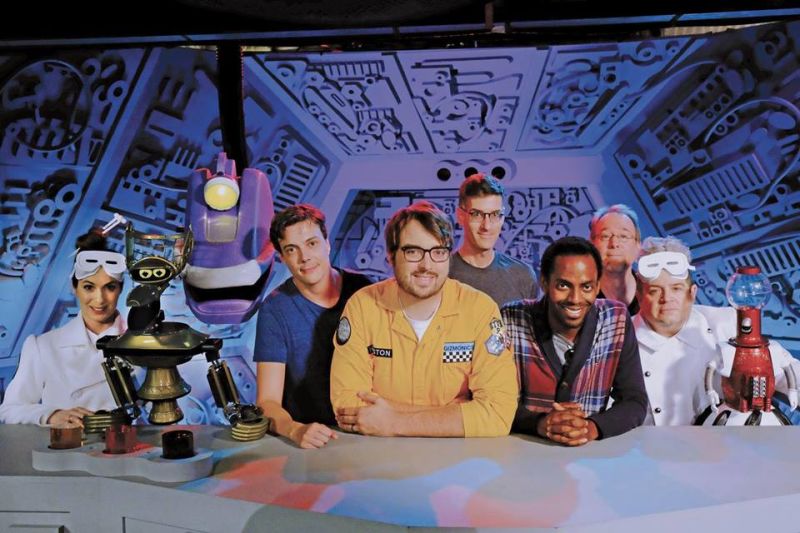 The long road to bringing Mystery Science Theater 3000 back to TV with all new episodes is almost over, with the Kickstarter-backed Netflix reboot finally landing an official premiere date: Friday, April 14. We’ve also got a look at the new cast, along with series creator Joel Hodgson, aboard the trust Satellite of Love—with the help of our robot friends.

Jonah Ray is taking on the role of the put-upon movie viewer, with Felicia Day and Patton Oswalt taking up the role of the villains as descendants of Clayton Forrester and TV’s Frank. Although, it’s a bit weird that Day feels like the “Where’s Waldo?” of this pic, which looks like it might be because she was Photoshopped in—you can see background under Crow’s arm where her lab coat should be, I think?

… Anyway it’s great to finally know which weekend we’re going to spend the entirety of watching brand new episodes of MST3K on Netflix.