Not Even a Fictional Pig Is Allowed to Be Pro-Choice

It's not easy being a woman. 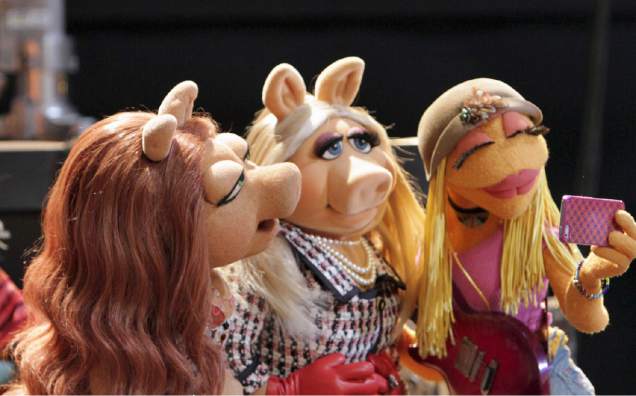 I wouldn’t have expected Kermit and Piggy’s break-up to be the launching pad (get it? Because frogs?) for a wider discussion of gender roles, but I appreciate that adult Muppet fans are just as willing to dissect the implications of Piggy’s historically abusive behavior or the show’s determination to pit Piggy and Denise against each other as they are to laugh at boomerang fish or dancing chickens.

I dig that about people on the Internet.

Unfortunately, post-breakup Piggy has also attracted the attention of conservative group One Million Moms, an American Family Association-offshoot that has objected in the past to LGBTQ+ and feminist themes in media.

In a bulletin issued before yesterday’s series premiere, One Million Moms warned:

The mature version of ‘The Muppets’ will cover a range of topics from sex to drugs. Miss Piggy came out as a pro-choice feminist during an MSNBC interview. The puppet characters loved by kids in the 1970s and 1980s and beyond are now weighing in on abortion and promiscuity.

Here’s the “pro-choice” clip in question, in which Miss Piggy hangs with Gloria Steinem (!):

Although I think Piggy’s feminism is debatable, I appreciate how vocal she’s been about her politics recently, and it’s disappointing (albeit predictable) that an offhand comment like that prompted a petition.

That being said, the series is exactly what it says on the tin–an “adult” Muppet show, despite the series’ PG rating–so I actually understand why parents might be concerned about their children watching the series.

Not only does the new Muppets reference ‘mature themes’ in a way that parents might not be prepared to discuss with young children, in its attempts to show the daily pedestrian lives of the gang, it also depicts them as more human and therefore way more fallible and cruel than we’ve seen in previous Muppet iterations.

Most concerning for me personally was the fat shaming of Piggy in last night’s premiere–the jokes about her weight, albeit corny, send a disappointing message about how we’re judged and valued by our peers. A lesson like that can be difficult to unlearn, especially if you’re a young viewer for whom the show isn’t being properly contextualized.

Hopefully the series’ treatment of Piggy will improve in upcoming episodes. In the meantime, I’m curious how people feel about the kid-friendliness of last night’s premiere. Would you let a young Muppet fan keep watching?