It’s TV trailer season, and ABC has followed suit by releasing the first clips of its new documentary-style Muppets Show from Parks and Rec alum Randall Einhorn, as well as a promotional image: 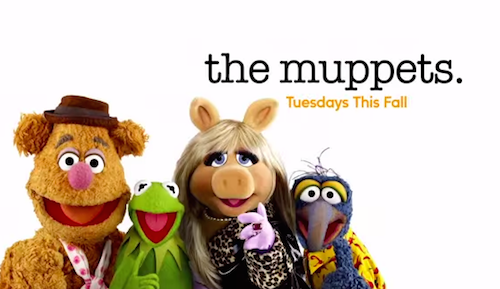 The series’ description hinted that the show would focus on more adult themes than previous Muppet offerings, but it’s definitely unnerving for me to see some of the characters in mature situations. Yes, I’m talking about Fozzie.

What do you think, friends? Mehna Mahna or Kermitflail.gif?