What The Marvelous Mrs. Maisel Gets Right That Gilmore Girls Got Wrong 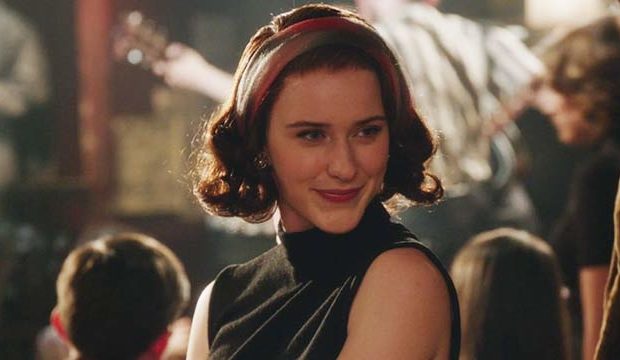 Roughly a year after Gilmore Girls: A Year In The Life premiered to mixed reactions and reviews, Amy Sherman-Palladino released a new series on Amazon Prime: The Marvelous Mrs. Maisel. Where Gilmore Girls starred Lauren Graham as Lorelai, a feisty, fast-talking single mother who had a strained relationship with her parents, The Marvelous Mrs. Maisel stars Rachel Brosnahan as Midge, a feisty, fast-talking soon-to-be single mother whose relationship to her parents is strained. Both are recognizable from space as the work of Sherman-Palladino, whose sensibilities and ultra-concentrated dialogue are just as divisive (if not more so) than Aaron Sorkin’s.

But they’re not exactly the same. Maisel is set in 1950s New York City, while Gilmore Girls was a contemporary series set in the idyllic Connecticut town of Stars Hollow. Gilmore Girls focused on the relationships between Lorelai, her daughter Rory, and her mother (Rory’s grandmother) Emily. Maisel, on the other hand, is about a young woman whose perfect life is upended when her act-stealing, wannabe comedian husband, Joel, announces he’s leaving her for his secretary. We, the audience, already know it’s Midge, not Joel, who has the real comedy chops, and when her grief and horror (plus a bottle of wine) wash away her inhibitions, she gets up on stage and discovers her talent for herself.

Of course, it’s the aesthetic that gives it that Sherman Palladino flavor. Despite the 1950s setting, Maisel’s New York is as much of a sparkly fantasy playground as Stars Hollow, but Maisel’s two plucky underdogs—Midge and her manager, Susie (a terrific Alex Borstein)—are immensely easier to root for than Lorelai and Rory. That’s probably because, to be an underdog, you need something to fight back against. 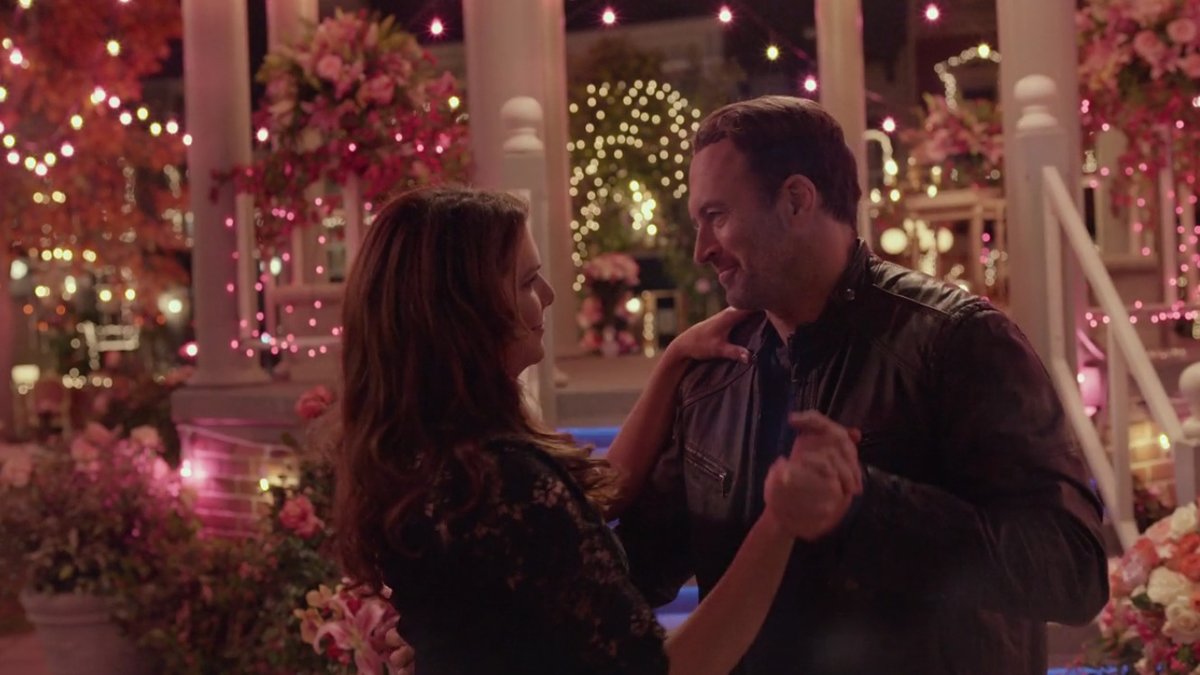 Gilmore Girls is a dream dripping in twinkle lights, which was largely the appeal. It’s an electric-blanket-and-lavender-socks kind of a show, where working-class single-motherhood is charming in its struggles, and bookish young women find hunky men falling at their introverted feet. And there’s certainly nothing wrong with that! Lord knows we all need the occasional mug of cocoa these days, and there’s no law saying that art must be gritty and despondent in its realism.

But that dreamy tone ran into problems when it tried to pretend that Lorelai and Rory were a team united against a world that would see them fail. Beyond the debate over how manipulative and cruel the Gilmore grandparents may or may not be, with their seemingly endless funds to send Rory to fancy schools and help Lorelai’s business endeavors, Stars Hollow was full of quirky characters who inexplicably lived to worship the titular girls. When the revival came around, rooting for Rory as she squandered opportunities was too big an ask, to say nothing of Lorelai’s unforgivable treatment of Luke during her midlife crisis. The cozy sweater of a show felt very itchy.

But Maisel hasn’t been running into those problems. In fact, it’s been rather warmly received, to put it mildly. And while it’s especially heartening this year to see a series about a woman succeeding in comedy (succeeding in any institution), The Marvelous Mrs. Maisel is succeeding because it has an actual conflict, a real villain: systemic misogyny.

Yes, there are plenty of hecklers shouting at Midge that “women aren’t funny,” and yes there is an episode dedicated to the extra plates women were (and are) forced to spin for the male gatekeepers of comedy to allow them to squeak through every so often. And heaven knows there has always been more than enough meat to chew there, but the hole goes much deeper. Midge runs up against a husband who doesn’t know how to love a woman he finds impressive and parents who can’t understand why she’d want to step outside the lines of Acceptable Womanly Behavior. At one point, she has to show up at court hearing (the aftermath of her first drunken set, which ended in some public nudity), and the judge infantilizes her for being unladylike. 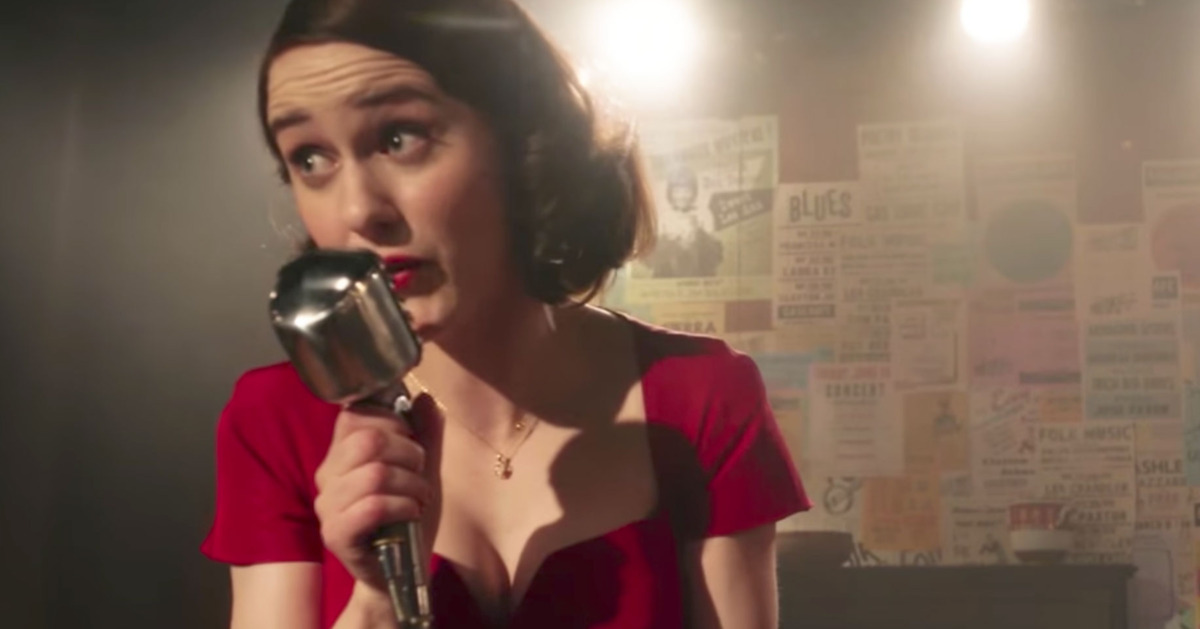 And the result turns the 1950s version of Lorelai Gilmore into the lovable protagonist her predecessor was always so convinced she was. It’s amazing what odds to overcome will to do for your characters. Even the rapid-fire talkativeness that, depending on whom you ask, is what makes Amy Sherman-Palladino brilliant or a hack, is justified here. Midge as a character is quick-witted and talkative within the reality of the show, which is what makes the audience know she’ll be a natural stand-up.

At the beginning of the season one finale, things are looking grim for Midge. She’s been blackballed despite her obvious talent, and she’s about to slide back into her Leave It to Beaver life with her husband, Joel. But then, after some machinations from Susie, Lenny Bruce himself (a recurring character!) comes to her rescue, giving her the opportunity to perform for a big audience, presumably full of the press and other important industry contacts.

And when Midge gets up on that stage and kills, it’s a moment of triumph. When her husband sees and Susie chews him out for being a cliché and a coward, it’s hard not to stand up and cheer. There were stakes to her path; you weren’t always sure she was going to make it, and boy did you want her to prove the naysayers wrong.

Which isn’t to say that Maisel is a perfect show, or that it fixed every problem Gilmore Girls ever had. It’s great to see more representation of Jewish families on TV, but beyond a few blink-and-you’ll-miss-them moments, it’s still a very whitewashed series thus far. And if you’ve watched Bunheads or Gilmore Girls and hated them, you’ll probably hate this, too—kind of like there aren’t a lot of people who hate every Wes Anderson movie except one. That’s the drawback of having a very distinctive style as an artist: There will be just as many people who find it grating as people who find it fun.

But regardless of whether or not you like auteurs, or this one in particular, it’s gratifying to see a series with such functional working pieces pull off its own uniqueness. Quirkiness and fluff aren’t for everyone, but for those of us who enjoy a little style with our substance, a little form with our function, Mrs. Maisel truly is marvelous.

Chelsea Ennen holds a master’s in Contemporary Literature, Theory, and Culture from King’s College London. Her writing has appeared on The Female Gaze, The Tempest, and HelloGiggles and she is a book critic for Publisher’s Weekly and Kirkus Reviews. She is the Entertainment Editor at The Tempest, and the Fiction Editor at the Kaaterskill Basin Literary Journal. Follow her on Twitter (@ChelseaEnnen) for updates on her creative work and inane pop culture commentary.