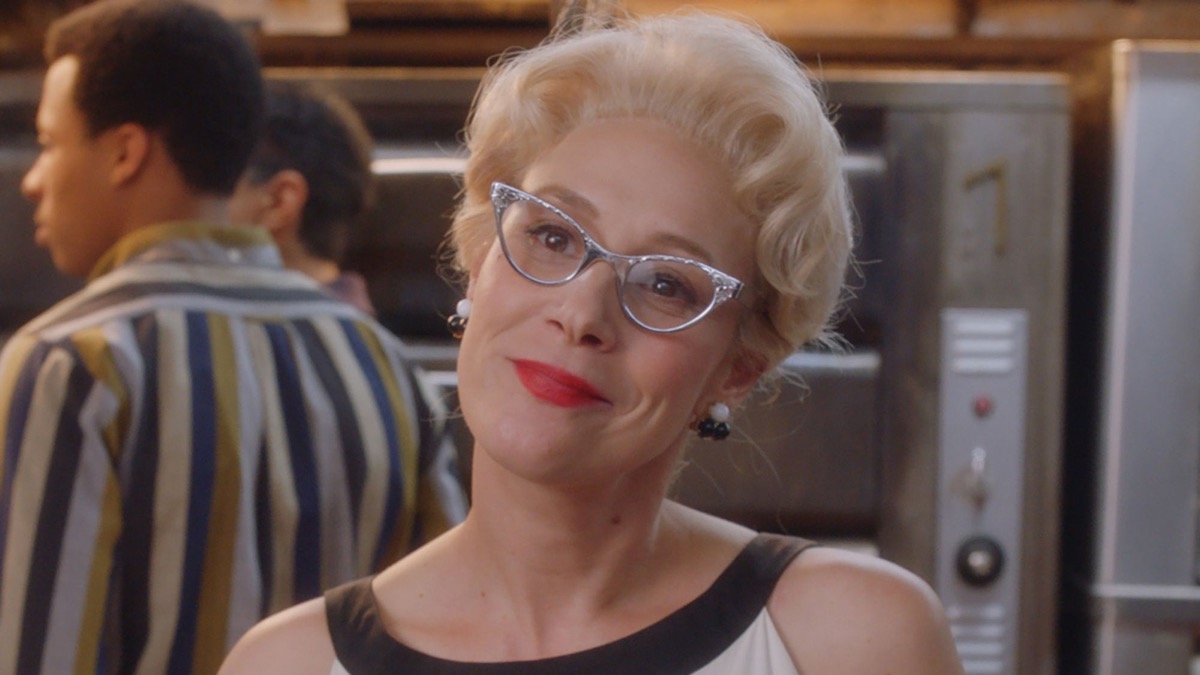 While on tour, Midge, who has a hard time balancing her personal and professional life, meets another pretty marvelous lady. A face well-known to all Gilmore Girls lovers, Liza Weil, a.k.a. Paris Geller, plays bass as new character Carole Keen. The only woman in Baldwin’s big band, talented, sharp-tongued, practical Carole is a performer and a single mom who knows the hardships of being on the road for months. She tells Midge about being away from her kids and having to deal with handsy musicians.

Carole would already be a pretty precious addition to an already great ensemble cast—so great, in fact, they won the Screen Actors Guild (SAG) Award in 2019 and are nominated for 2020—but knowing that she was modeled after real-life bass player Carol Kaye is even more awesome. American musician Kaye was often the only lady in the room in the ’50s and ’60s, when she recorded music for some of the greatest artists of the time. It’s The Supremes, Frank Sinatra, The Beach Boys, and many, many other legends we’re talking about.

Kaye embraced guitar at an early age and moved on to bass in 1963, after another bass player didn’t show up during a studio session. She never looked back and became an electric bass goddess when this was still a relatively new instrument. At first glance, Weil’s Carole and Kaye have a lot in common. Both don a short blonde ‘do and cat-eye glasses, but they also seem to share some personality traits. Just like Carole, Kaye also showed a pragmatic and frank attitude about being a woman in a male-dominated industry.

In the show, Midge gets her first glimpse of Carole when the musician rejects one of her colleagues who tries to push his way into her hotel room. “Some guys would get macho. [Guitarist] Tommy Tedesco would toss a few cuss words my way, but I’d throw them right back at him,” Kaye told Louder in 2018.”After that, he was OK. [Drummer] Hal Blaine loved to swear a lot, and he was quite proud of that. So I learned to out-swear him, which I’m not proud of, but I was doing what I had to do.”

In the same interview, she also explained that being the only woman in the studio “wasn’t an issue. It was just like it was when I was playing gigs: If you could play, you could play—that’s all there was to it.”

Kaye was part of what would later become popular as The Wrecking Crew (a tag she doesn’t particularly enjoy), a group of L.A.-based musicians celebrated in a documentary of the same name. But the bassist is also the only protagonist of a 2004 documentary, First Lady of Bass—the moniker that was often used to refer to her.

One of the most prolific bass players of all times, Kaye recorded about 10,000 sessions, according to a 2000 profile in The New York Times. Yet, she didn’t have her name on the records until the union changed the game in the early ’70s. The ’70s were also when, disillusioned by studio work, Kaye transitioned to soundtrack work, writing, and teaching.

At 84, Kaye might no longer be playing record dates, but she’s still very much active. According to her official website, she also books Skype lessons. Time to brush up on some bass lines, anyone?