Mrs. America and the Feminist History We Forgot 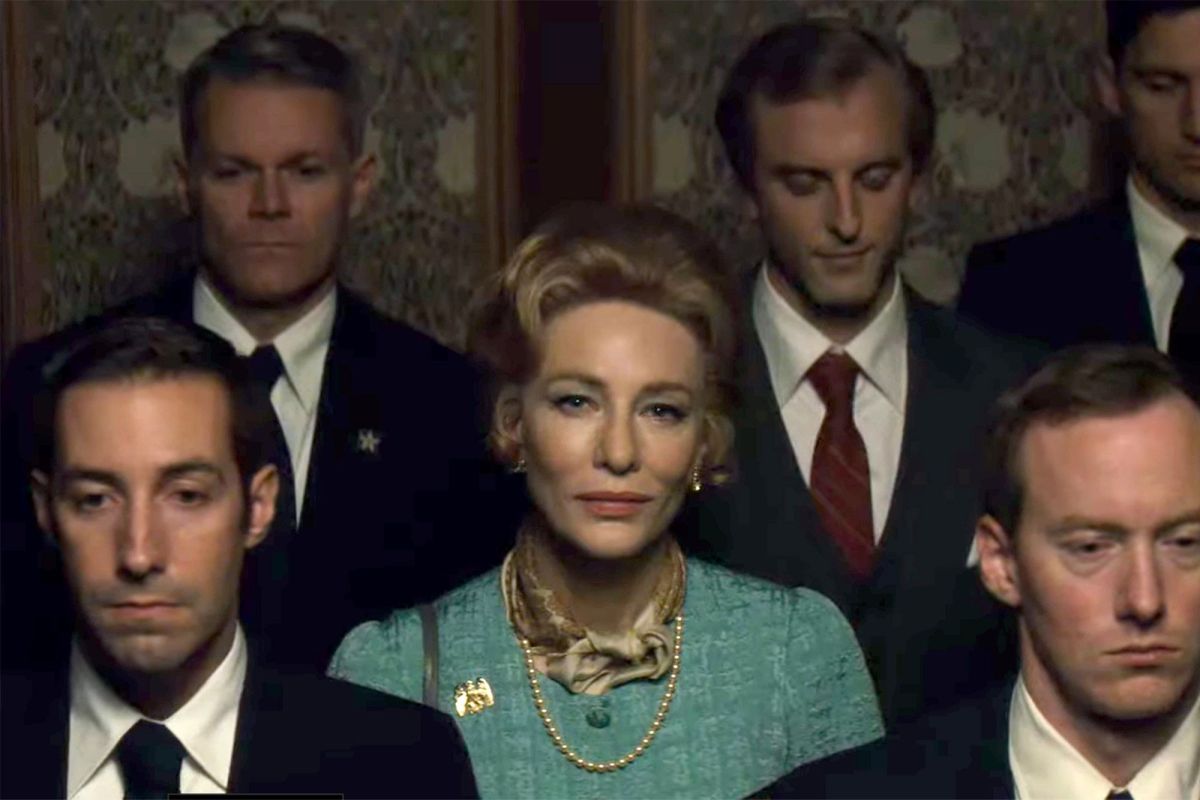 In 1977, thousands of women gathered together in Houston, Texas to put together a platform that was meant to guide the women’s movement and prioritize women’s issues for years to come. It was a gathering that was the culmination of the work of two different presidential administrations, and as 2,000 delegates and 15,000 spectators gathered in Houston, it must have felt like a hopeful, powerful moment. Women came together to support the right to chose, affirm the place of lesbians in the movement, and advocate for the ratification of the equal rights amendment.

And until recently, it seemed like most people had forgotten.

Gloria Steinem has called the National Women’s Conference of 1977 “the most important event nobody knows about,” but it’s not the only piece of our feminist history we’ve forgotten. History is written by the winners, and it wasn’t the feminists that won in the struggle to ratify the ERA and expand women’s rights. And now, it’s thanks to a series that focuses on those winners and losers, Hulu’s Mrs. America, that we’re remembering Houston again.

Mrs. America is many things. It’s a masterfully made series, helmed by and focused on women and women’s issues, but it’s also an, at times, uncomfortable look at the past, presented in a way that highlights the reasons why Phyllis Schlafly ultimately was able to defeat the ERA, and how events like Houston were not the victories they seemed to be.

I’ve deeply enjoyed this series, in many ways because of the way it shows the battles we lost. Mrs. America doesn’t shy away from showing how the feminists who led the movement in the 1970s failed at intersectionality, but also how their attempts to rectify that failure might have led to the rise of the right. What Phyllis Schlafly did in pursuit of her own power was work to unite the worst of America (the racists, the sexists, the homophobes) in order to advance her movement. The feminists sought compromise and thus were unequipped to fight an enemy that didn’t care about reason or right.

Mrs. America is about the history we’ve forgotten and things we’d rather not remember. It’s not just the Houston conference that’s been forgotten, but in many ways, the entire fight for the ERA that that show covers. Ask most people today if they think women are guaranteed equal rights under the constitution, and they will say yes, but that isn’t thanks to any constitutional amendment; just like a woman’s right to choose, it’s based on Supreme Court precedent—which, like Roe v. Wade, could easily be overturned.

We didn’t just forget Houston because the right swept in with Reagan and set the movement back politically. We also forgot because, in our minds, the legal struggle for equal rights is something that’s done and settled. Every woman is a feminist now, right? And we all believe women are legally equal … except we’re not treated equally, still facing harassment, lower pay, and many women still (yes, still, despite Schlafly’s privileged implication that it wasn’t already reality for many women) do two full-time jobs as both an income earner and the ones who disproportionately bear the weight of housework and child care.

Somehow, we forgot not just the losses, but we came to accept the status quo, the new world where politics divides along partisan lines of “family values” that are still in place today. We never won the fight for the ERA, and what Schlafly was able to do in uniting the right against it was set up the Republican party to be a haven for religious extremists, racists, and capitalists who ushered in the Reagan resolution and continue to influence politics today, in the form of the man Schlafly endorsed as president before she died: Donald Trump.

It’s a tough thing to contemplate, but I think the show also offers some hope. While the political war is one that Schlafly won at the time, the culture war and the slow bend of history towards progress is not something she could defeat. In the series, we see her own daughter following a different path (though maybe not so different in reality), and it also highlights that Schlafly’s own son was gay (though he would go on to work for her movement anyway). And she struggles with this, as with many things, because of that inevitability of progress she so despised.

Perhaps the key to the series, and the key to not finding it completely depressing, is in showing that movement towards progress. The Houston episode, like all the episodes of the series, focuses on one character—in this case, Sarah Paulson’s Alice, a composite character who is one of Phyllis’s minions. During a long, weird night in Houston, she comes to see the humanity and perspective of the people Phyllis has taught her to hate, and she is changed by that. Alice’s slow conversion gives us some hope that people’s minds and hearts can change. Of course, that can go both ways, and we also see in the series how people can get radicalized.

There’s one episode left of Mrs. America, called “Reagan,” and I hope that the conclusion, which will see the withering of hope for the ERA, will have some ultimately hopeful messages—even if it’s one that the series has hinted at before: that the risk of “losing” a battle is worth it if you chose to fight it in the most moral way. And in the end, the fact that this series is helping us to remember our history, and the fact it ultimately paints Schlafly as a villain and a victim of her own immorality, is a win in and of itself.