He'd better have Janelle Monae on the phone right now 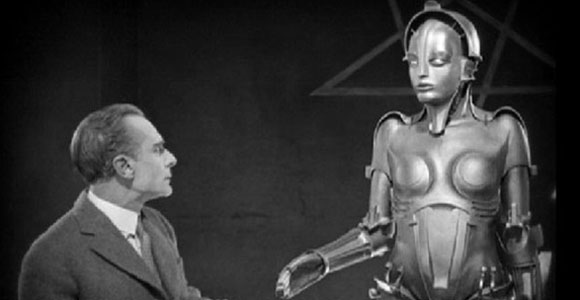 The robot revolution, at least, will be televised. Mr. Robot creator Sam Esmail will adapt Fritz Lang’s silent 1927 film Metropolis into a TV miniseries with Universal Cable Productions, after Mr. Robot wraps up its planned four- or five-season run.

In many ways, Metropolis is firmly in Esmail’s Mr. Robot wheelhouse. It’s full of propaganda, imposters, rabble-rousing activists, and a deep concern about how technology and capitalism intersect. According to The Hollywood Reporter, the new miniseries “will take place in a future society where wealthy industrialists rule the vast city from high-rise tower complexes, while a lower class of underground-dwelling workers toil constantly to operate the machines that provide its power. Risking everything they know, two star-crossed lovers from opposite sides of the divide must find a way to bring down the whole system.”

That description sounds relatively close to the original, in both good and bad ways. Metropolis is considered a science fiction masterpiece by many critics for its art deco visuals and vivid dystopian imagination. However, the central plot is just as often criticized for its easy answers and star-crossed lovers formula. I hope Esmail uses the miniseries format to complicate and bulk up the plot, rather than follow it too closely.

Universal Cable Productions is reportedly willing to give Esmail a budget of up to $10 million per episode, which is about as much as HBO allows for <em>Westworld</em>. As a result, Esmail should also be able to expand the extravagant visual world of the original.

Personally, I just hope Esmail has given Janelle Monae a call about this project–at least for the soundtrack! She’s already created two albums inspired by Metropolis, and she’ll hone her acting chops in this year’s Hidden Figures. Monae for Maria, anyone?

(Via Collider and io9, image via Kino Lorber)