Today in "The World's Not So Bad" News. 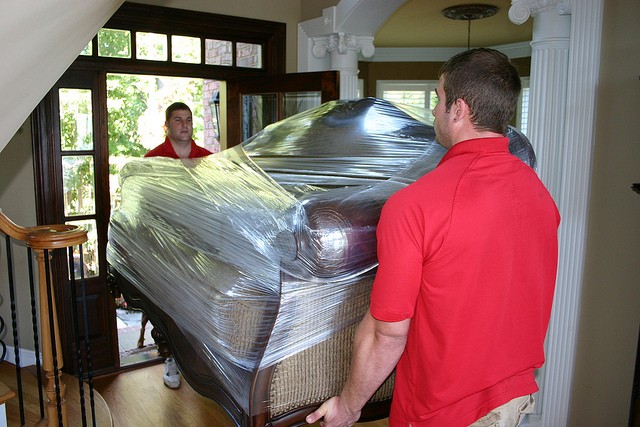 It’s awesome when companies actually try to, you know, help people. In this case, it’s a California moving company helps move victims of domestic abuse from their homes for free.

If you or anyone you know has ever been in an abusive situation, you know how difficult and scary it can be to leave the situation and move you and any other victims (like children) out of the home. Well, Meathead Movers, with 11 locations all over California, has partnered with a non-profit called Good Shepherd to offer their services free of charge to anyone in this situation.

We know how hard it is to pack up someone’s life and move it to a new location, but it’s unimaginable to think about a woman and her children trying to pack up all their belongings and flee before the abuser returns home. When we realized we had the resources to help provide a fresh start for these victims, we knew Good Shepherd was the perfect organization to connect us with those who need our services most.

Not only do these services help the victims of domestic abuse but they directly impact Meathead employees — consisting of predominantly young men who believe that real men don’t hit women, real men help those in need.

In order to take advantage of the services offered, you have to go through Good Shepherd, and they will connect you. Meathead Movers, meanwhile, will be donating their services on a monthly basis.

Meathead Movers was started in 1997 by a group of male student athletes who were paying their way through college. The company has grown since then, and seem to consistently look for ways to help people. In fact, this isn’t their only charitable effort. Their sister company, Princess Packers (their packing service), donates $1 per box of yours they pack to The Cinderella Fund, a fund they started which provides aid to children whose families are suffering hardship. You can check out their other charitable work here.

We often use the term “dudebros” derogatorily around here, and the stereotype of a misogynist jock pops into our heads. Despite the gendered nature of their services (I hope they would be just as willing to help men in abusive situations), here’s a clear example of some dudes trying to do some good in the world and thinking about how to help others, rather than hurt them. That is indeed what “real men” – or rather, all humans – should strive to do.