Movie Review: The Nun Is Short on Scares Despite a Solid Cast 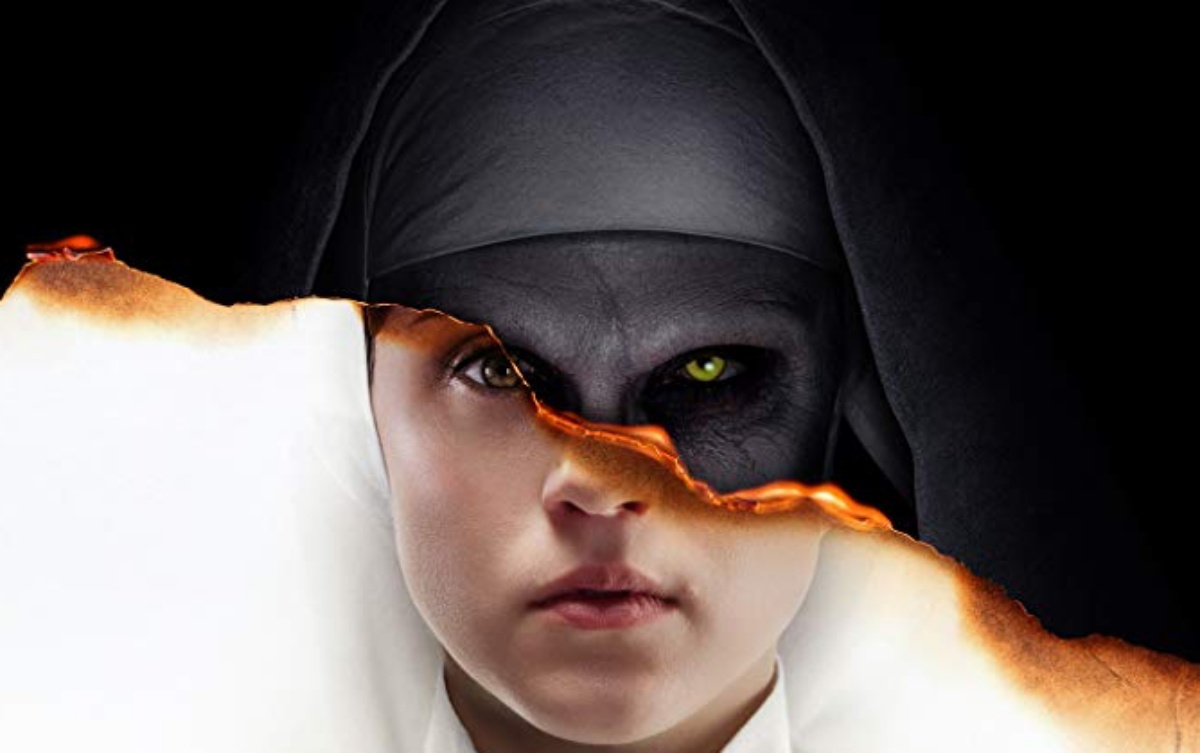 At this point, The Conjuring Universe, after the MCU, is probably one of the most impressive and lasting movie universes that we’ve had to date. With its fifth full-length film (and the sixth film overall), The Nun is a movie light on truly scary moments that is bolstered by a good cast and a solid gothic atmosphere.

In 1952 Romania, two nuns are attacked by a malevolent demonic spirit, which leads to the death of one and the suicide of another. As a result of this, the Vatican sends Father Burke (Demián Bichir) to investigate the castle/abbey where the death took place, to see if the land is still Holy. I would assume no, but as a filthy heathen female, I don’t suppose that matters.

Burke is told to meet up with a young novice named Sister Irene (Taissa Farmiga), who has not taken her vows yet but is devout in her faith. However, we see her telling other young Catholic school children that God wants them to ask questions, so I’m not sure if she’s long for the order.

They travel to Romania, where they meet with the charming Maurice “Frenchie” Theriault (Jonas Bloquet), a quippy, hot French-Canadian who assists them in the beginning and later portions of their journey. He is the one who initially discovers the body of the hanged nun.

What happens afterward is just a pretty typical paint-by-numbers horror film in a really cool-looking church. There are some interesting sequences that were not spoiled in the trailer, but like most exorcism movies, it’s a lot of “we are going to ignore obvious signs of evil because of plot.”

Father Burke is “tormented” by a former exorcism, and Irene is quickly revealed to have had visions that led her to become interested in joining the order in the first place. These would be interesting details if the film really took the time to explore the more psychological aspects of what they could mean, but The Nun is there to push a story forward, no matter how silly it makes our protagonists look.

I was able to check out The Nun in the Regal Screen X format, which is a theater with a 270-degree panoramic viewing experience due to the screen expanding onto the side wall of the auditorium. In an environment like The Nun, it was slightly too bright to allow yourself to get lost in the film, but it did lead to some interesting sequences. It’ll be interesting to see how the format is used in movies dealing with underwater environments or space. Aquaman and Shazaam! are both slated to be released on Screen X. Something like Infinity War in 270-degrees sounds amazing. The Nun doesn’t have enough going for it to do the format justice.

I enjoy The Conjuring films. They’re really spooky and fun when done right, and The Nun feels like it’s always coasting on the success of former films. As a former Catholic school student, I am the perfect person to be afraid of nuns, and this film really didn’t do much except make me want to see the same cast in a much better film.

If you enjoy the previous film and come in with “meh” expectations, you’ll probably like the movie for what it is and get another piece of The Conjuring puzzle.