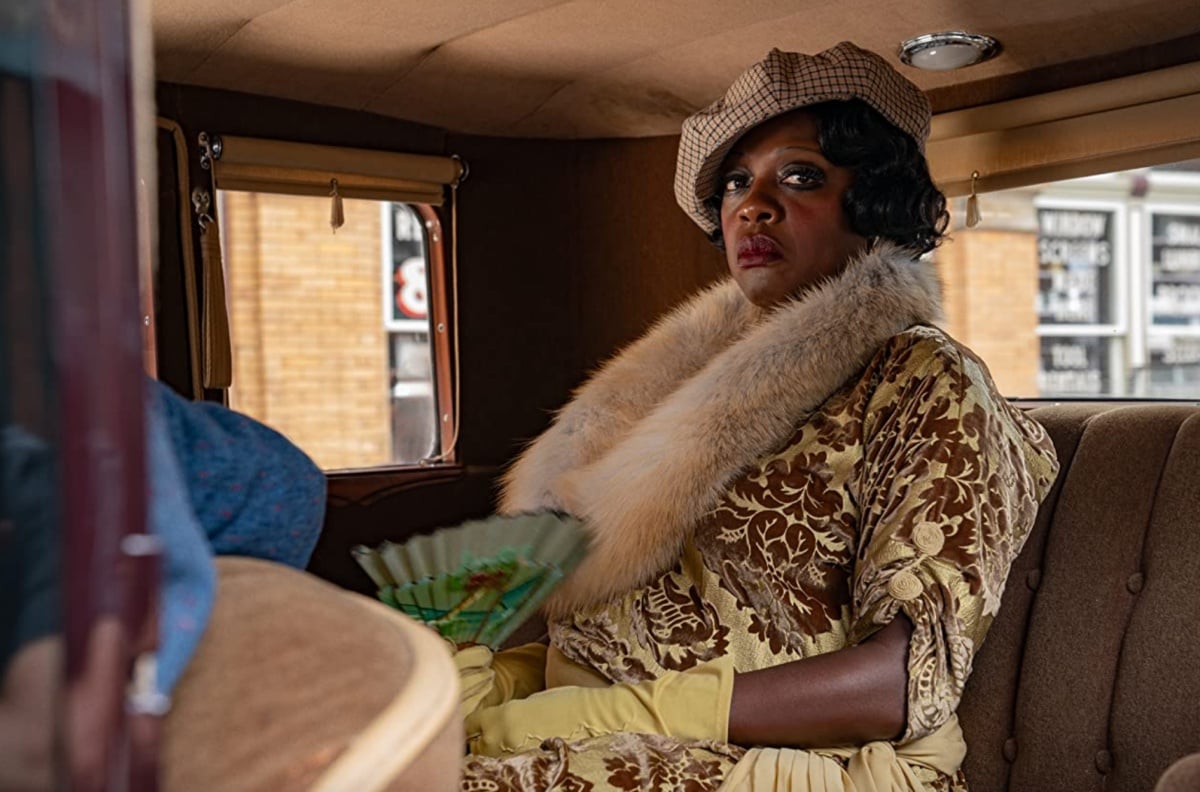 Final performances carry with them a heavy burden, a final summation of an entire career that is cut off suddenly, and with how much Chadwick Boseman meant to the world, there was no denying that Ma Rainey’s Black Bottom would be important. Thankfully, because of his own standard for excellence, Boseman’s final performance is a brilliant one.

Ma Rainey’s Black Bottom is a 1982 play by August Wilson, one of the most important modern American playwrights. It tells the story of the members of Ma Rainey’s band, Cutler (Coleman Domingo), Toledo (Glynn Turman), Slow Drag (Michael Potts), and Levee (Chadwick Boseman), gathering to record a new album of her songs in Chicago. Tension arises when the young hot-headed trumpeter, Levee, clashes with band veterans Cutler and Toledo over issues of God, ambition, and music. Late to the session, Ma (Viola Davis) throws her weight around, battling with her white manager and producer over control of her music.

After the initial concert sequence and a few shots, Ma Rainey feels like an adaptation of a play, and director George C. Wolfe uses his own notable theater background to make sure we, as the audience, follow these emotional performances and get the full feeling of his actors.

At times it can feel a little too stagey—the conversation doesn’t feel natural, everyone has the perfect metaphor to express feelings, characters will go on monologues for minutes at a time with no pause, no need to catch their breath. None of that takes away from the performances, but you are always aware of it. There is no immersion, and in some ways, that is the point. You are an audience very vividly watching a man, Levee, attempt to make something of himself and prove his worth in a world that undervalues him.

Then, you have Davis’s Ma Rainey, which is hands down my favorite performance she’s put forth. She brought a lot of her Annalise Keating chaotic energy into this role, and while it may feel hammy at times, I ate it up like gravy—the makeup, the sweat, the teeth—everything but the fat suit, which felt excessive and, when you see pictures of Ma Rainey herself, does not really fit her own figure well.

At every turn, Ma Rainey is secure in herself, in her power, even when standing down a white policeman to her white producers. Despite her ego, it is one well earned and carefully cultivated to make sure that despite the power differences that exist in this world, she holds her own.

Boseman’s Levee is captivating in his performance, and as someone familiar with Wilson’s work, I spent the whole time wondering exactly how he was going to ruin his own life. Yet, when the moment happens, you still feel your heart shake. Even if this had been a big movie year, Boseman’s performance would still be on the top of everyone’s list. It is haunting, sad, and a reminder of the immense talent we have lost.

Ma Rainey’s Black Bottom is a fantastic movie in terms of acting, and the messages that are infused within it are powerful. If you have never gotten to see the play and love theater, this is no doubt an excellent version to watch. I can see it being exhausting for some because it is very heavy, but that heaviness is powerful and sobering.