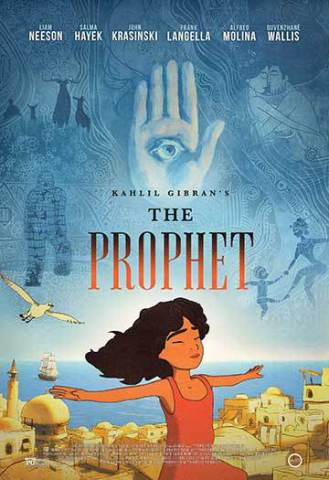 [UPDATED 7:57pm EST] – To keep up with when the film will be opening in a city near you, check out The Prophet‘s website. You can also “like” them on Facebook.

Lebanese poet Kahlil Gibran’s The Prophet is one of the most popular volumes of poetry in the world. Now, Salma Hayek has produced (and stars in) a beautiful animated adaptation of The Prophet that has already opened in New York and Los Angeles, and continues to open nationwide in the US this month. If you live in/near Pasadena, Chicago, or Philly, you have a chance to win tickets to see this beautiful adaptation with an all-star cast including Hayek along with Liam Neeson and Quvenzhané Wallis.

The Prophet has sold over 100 million copies in forty languages since its publication in 1923. Gibran’s timeless verses have been given enchanting new form in this painterly cinematic adventure about freedom and the power of human expression.

This breathtaking animated feature, produced and spearheaded by Salma Hayek, was an official selection at Cannes and made its North American premiere at Toronto International Film Festival. Written and directed by Roger Allers (The Lion King), the film intersperses Gibran’s elegant poetry within stunning animated sequences by filmmakers Tomm Moore (The Secret of Kells, Song of the Sea), Nina Paley (Sita Sings the Blues), Bill Plympton (Guide Dog), and a host of award-winning animators from around the world. Set in a Mediterranean sea-side village, Kamila (Salma Hayek) cleans house for exiled artist and poet Mustafa (Liam Neeson), but the more difficult job is keeping her free-spirited young daughter, Almitra, (Quvenzhané Wallis) out of trouble. The three embark on a journey meant to end with Mustafa’s return home – but first they must evade the authorities who fear that the truth in his words will incite rebellion. Featuring music from Damien Rice, Glen Hansard and Yo-Yo Ma. 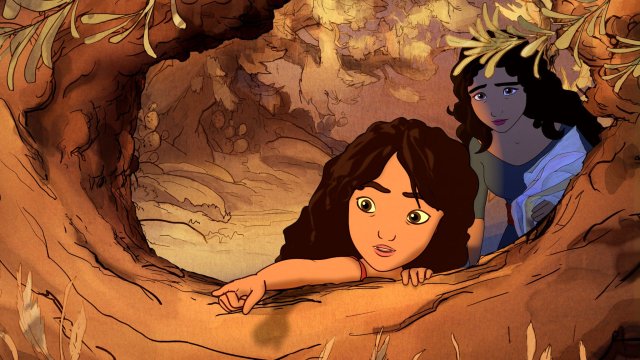 Thanks to GKIDS, a distributor of award-winning animation for both adult and family audiences, The Mary Sue is excited to offer a reader giveaway of 2 pair of tickets to see The Prophet at each of the following theaters and cities:

We will be choosing two winners for each city, each of whom will receive a pair of tickets. Ticket prizes will be collected at the theater (you must show ID) at a screening time of your choice.

So, how do you win? First, you have to be following us on Twitter. That is non-negotiable. If you’re not following us and you win, we’ll realize we can’t direct message (DM) you and have to move on to someone else. So keep a close eye on your DMs soon after the contest ends. Secondly, you must tweet this, and only this, in its entirety and with no alterations:

You have until Friday, August 14th at 12:00AM Eastern to get your entry in! We’ll reach out to the winners and get your names and preferred showtimes from you. Then, all you need to do is show up to the box office with a picture ID for your preferred showtime and you’ll be all set! Good luck! And enjoy the show!