Parks and Rec's Mouse Rat Is Releasing a Full Album! 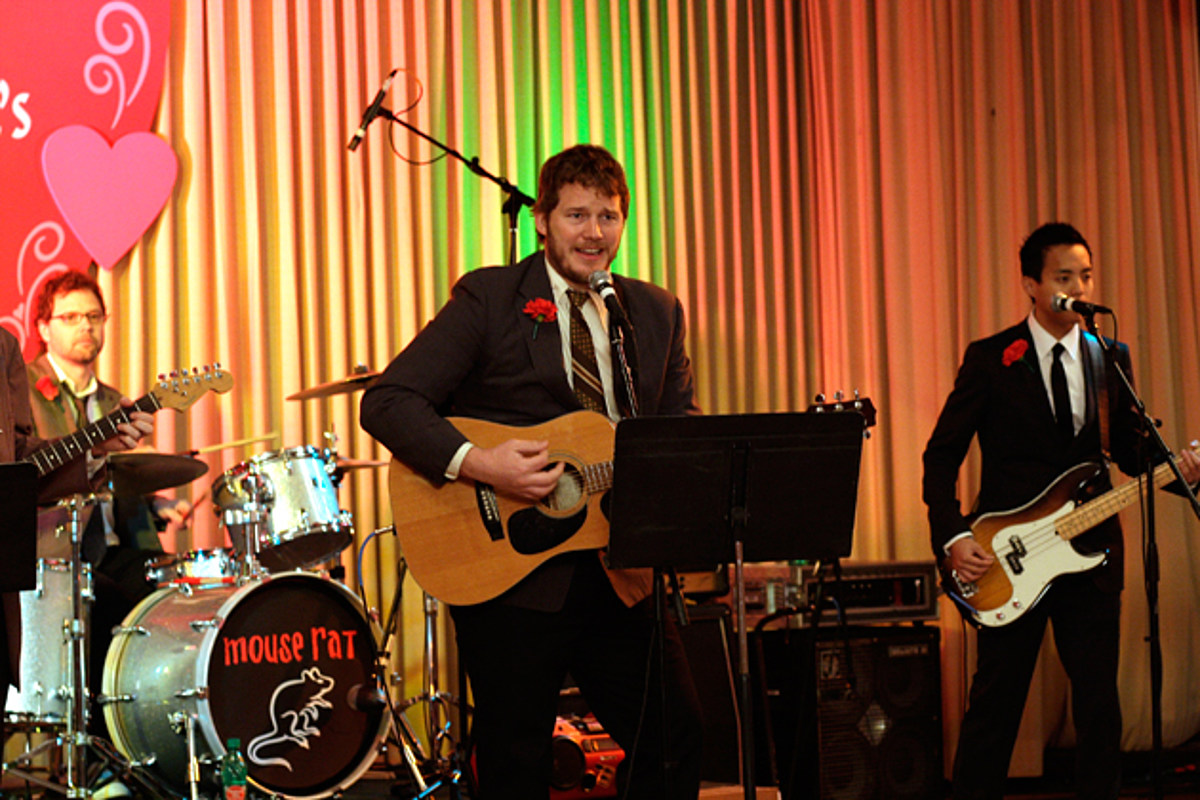 In honor of the tenth anniversary of Li’l Sebastian’s death, Mouse Rat is releasing a full album! Including the iconic “5,000 Candles In The Wind,” Mouse Rat fans get to explore more of their favorite band’s music!

Okay, you’re probably wondering a couple of things: 1. Why is that man Perd Hapley not saying his name is Jay Jackson and 2. Why is he talking about some band named Mouse Rat? Because Parks and Recreation never leaves us. The fictional band Mouse Rat was Andy Dwyer’s (Chris Pratt) “child” and gave us amazing hits like “Catch Your Dream” for Leslie Knope’s city council campaign or “The Pit” that was inspired by Andy Dwyer … well … falling into a pit.

It’s weird to think about how it’s been ten years since Li’l Sebastian died and Andy got on stage to say, “Up in horsey heaven, here’s the thing: you trade your legs for angel wings.” This show means the world to me. It’s my favorite, I have a cat named Ben Wyatt, and there’s nothing I love in this world more than I love Pawnee, Indiana and the quirky characters that make up Parks and Recreation.

So now to have an entire album dedicated to Mouse Rat? My dreams have finally come true, and I can listen to “5,000 Candles in the Wind” while crying in the shower.