Longest Distance Ever Traveled by a Land Mammal | The Mary Sue 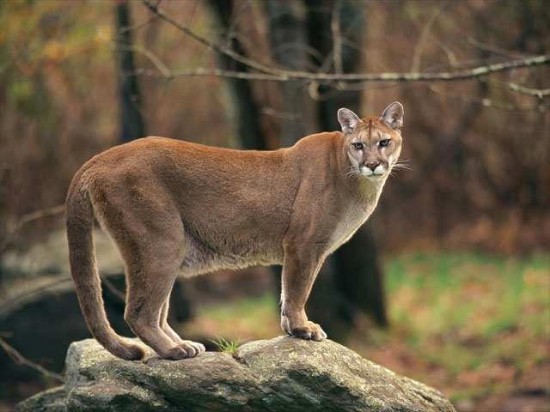 Unfortunately, in areas of the country where roads cross through the habitats of various animals it is not uncommon to see an animal dead by the side of the road. This includes large mammals, like the mountain lion, whose range is crisscrossed by roads. However, while a dead mountain lion might be normal in South Dakota, it is certainly an unusual site in Connecticut. But, to the bewilderment of wildlife management officials, that is exactly where a mountain lion showed up in June.

DNA tests conducted on the Connecticut mountain lion have just been released, and show that the animal traveled 1,800 miles across the United States to get to the North East. The animal was native to the Black Hills of South Dakota and walked through several states, traveling the longest distance ever recorded for a land mammal.

The mountain lion is a type of big cat that is native to the Americas. According to the US Fish and Wildlife Service, its habitat in North America is located mostly in the west and Canada. This makes the fact that the mountain lion was spotted in Connecticut interesting because the animal was far from home.

The young male mountain lion was struck by a car and killed in June in Milford, CT. The incident marked the first time that a mountain lion had been seen in Connecticut in more than a century. The mountain lion’s epic journey took it from South Dakota on a path south around Lake Michigan, passed Chicago, through Ohio and western Pennsylvania and north of New York City to Connecticut.

Daniel Esty, commissioner of the Connecticut Department of Energy and Environmental Protection told the BBC:

“The journey of this mountain lion is a testament to the wonders of nature and the tenacity and adaptability of this species.”

Researchers were able to piece together the animal’s travels based on DNA taken from the mountain lion that showed it had a similar genetic makeup to members of its species living in South Dakota. The animal had also never been declawed or neutered, which suggests that it was never part of a zoo, and had lived its whole life in the wild.

(via BBC, photo via Mountainlion.org)