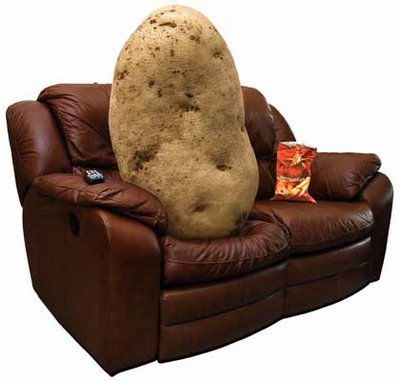 In a recent study conducted in Portugal, researchers found that children aged nine to ten who spend 75% of their time engaging in sedentary activities, such as watching TV or using a computer, are up to nine times more likely to exhibit poor motor coordination than more active children in the same age range. Not too surprising, right? The researchers also concluded that sedentary activity levels are an independent predictor of poor motor coordination in skills such as balance and jumping. In other words, it doesn’t matter if a kid plays in Little League or if the only exercise he gets is walking home from school, he’ll still have subpar motor coordination if he spends too much time on the couch.

The study was published in the American Journal of Human Biology and was conducted by a Portugese team from a number of universities. The team used accelerometers to measure the sedentary and physical activity levels of 110 girls and 103 boys from urban elementary schools. These measurements were then compared to the results of a motor coordination test known as the Körperkoordination Test für Kinder or “KTK.” Boys who spent a majority of their time on sedentary activities were shown to have worse motor coordination skills than comparable girls. Girls who spent 77.3% of their time on sedentary behaviors were four to five times more likely to exhibit lower-than-average motor coordination; boys who were sedentary more than 76% of the time were five to nine times more likely to exhibit lower motor coordination.

The team performed a logistic regression analysis in order to determine the effect such variables as physical activity level, parental education, and body type had on the results. The only variable found to consistently predict poor motor coordination was each child’s level of sedentary behavior. So, watching a few hours of TV cannot be effectively “cancelled out” by going for a jog, at least as far as motor coordination is concerned.

This is one of only a few recent studies regarding the effects a sedentary lifestyle can have on motor coordination. The lead author of the study, Dr. Luis Lopes, was quoted as saying:

“Childhood is a critical time for the development of motor coordination skills which are essential for health and well-being. We know that sedentary lifestyles have a negative effect on these skills and are associated with decreased fitness, lower self-esteem, decreased academic achievement and increased obesity.

The results demonstrate the importance of setting a maximum time for sedentary behaviour, while encouraging children to increase their amount of physical activity. We hope that our findings will make a valuable contribution to the debate on child health and encourage future investigations on this subject.”

This study emphasizes the real impact sedentary lifestyles can have on kids as well as adults. With more and more people working, playing, and living with an LCD screen, there doesn’t seem to be much hope for a radical move away from a sedentary lifestyle. I can tell you this, though: After I’m done writing this, I’m going for a five-mile run. I’ll be damned if my lifestyle is sedentary! But first, maybe some Sleeping Dogs.