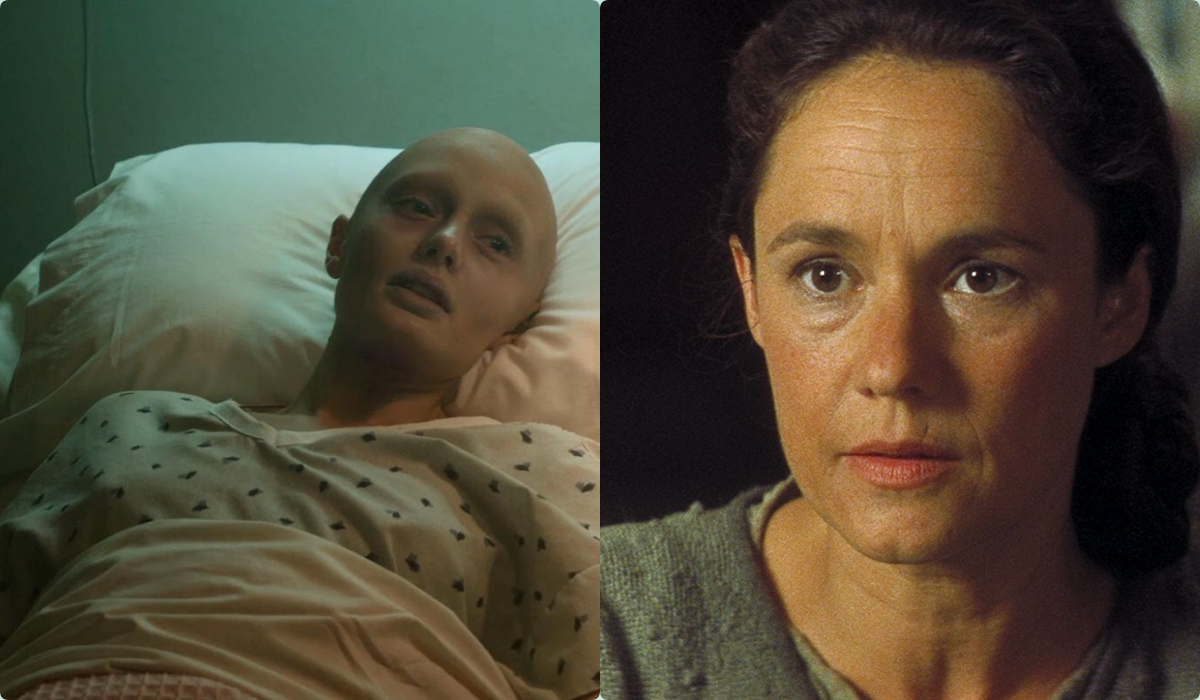 Marvel and Star Wars are both film franchises where relationships between fathers and their children are usually at the forefront. Moms and more specifically dead moms are there for emotional angst, but it is not the emotional crux of who these characters are.

In Guardians, the love that Peter Quill has for his mother is a super important part of his backstory, but she is really a means to an end. In Vol. 2 she really just serves as a way to bring Peter back from the brink of  godhood.

With the Thor movies, we know that Loki loves Frigga and her death is a traumatic moment for him that helps bring the Odin-boys back together, but she has to die for it to happen. It is Odin who remains and it’s truly Odin’s legacy that defines his children (and who even is Hella’s mother in this universe?).

Ant-Man and The Wasp was supposed to be a subversion of that with Janet (played by Michelle Phieffer) and Hope, but the characters do not get to interact much. Thankfully, Janet is alive and well and there is a chance for them to develop that relationship in the future. Yet it’s disappointing, especially in comparison to Hope’s relationship with her father, that Hope, ultimately, doesn’t even get to pull her mother out of the Quantum Realm.

It’s pretty much like the Marvel Universe doesn’t need moms, but they are not the only one.

Shmi Skywalker is a slave who is subjected to having to give up her son to an order of poorly dressed not-monks in the hopes of him getting a better life, and then, after finally finding love and getting married, she gets abducted and tortured by a group of Tusken Raiders. All so Anakin can have an unrelenting fear of losing and hurting the women around him.

Padmé Amidala, despite being a politician and ruler at the age of fourteen, has never been a topic of interest to her children. I guess no Force no curr. They are more consumed with the legacy of Papa Vader, who while yes, was an instrument of destruction, their mother was an instrument for peace and democracy. Leia and Vader’s relationship is also never developed in canon. I mean he tortured her, blew up her planet and never said sorry. But he didn’t kill his son so … redeemed.

“But she’s lost the will to live don’t ya know?”

Finally, in this new trilogy, Ben Solo, aka Kylo Ren, has spent the first two movies killing off father figures and dealing with the legacy of his grandfather. The grandfather who he is related to via his mother, Leia. Do they spend time together? No. Do they ever get to talk to each other? Nope. And with the passing of Carrie Fisher, they most likely never will.

While Fisher and Leia were supposed to play a huge role in Episode: IX, there is no doubt much of that will be changed, although I do hope they release that original script as an AU novel. It is still ridiculous that we would have to wait until the end of the trilogy to get some mother/son interactions between the two characters.

Part of why I love Steven Universe is that so much of Steven’s emotional journey is trying to deal with the legacy his mother has left behind. Trying to both figure out the truth of who she was, but also how to live up to the image of someone he’s never met, yet so intrinsically linked to.

Real mother/child interaction is often left to the realms of domestic dramas or thrillers like Sharp Objects but why can’t those relationships be as important in genre stories? The Stark kids bring up Ned till they are blue in the face, what about Caitlin Tully? The one who actually played the game much longer than Ned. Uncle Ben has been dead for decades and yet is the crux of Peter Parker’s identity. What does Aunt May get to do?

Fathers leave legacies for their children to either overcome or expand upon. Mothers die and leave memories of love lost. They get replaced by a future lover, but they are not treated as pillars of the foundation of their children’s existence.